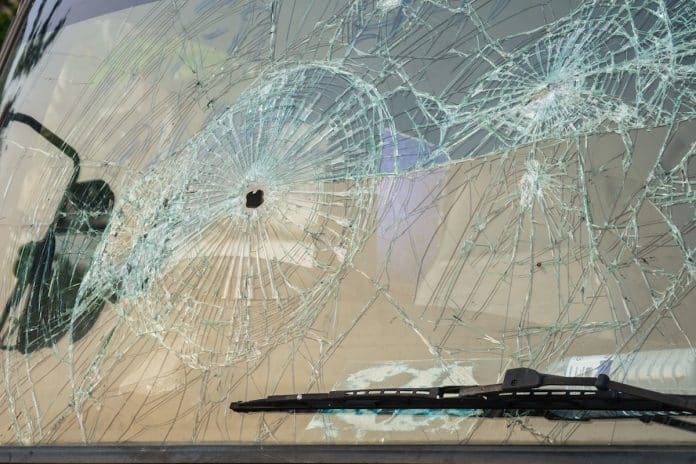 The testing of defensive ammunition became a well-established science following the infamous Miami shootout in 1986 which involved a number of federal agents who attempted to apprehend two heavily armed and dangerous bank robbers. That shootout proved one of the most significant in the history of law enforcement and the dismal performance of some of the ammunition was scrutinized as a contributor to the outcome of the terrible incident in which two FBI agents were killed, and several others were severely wounded. The advent of the .40 S&W cartridge emerged in the aftermath of this event, and that cartridge ruled supreme among law enforcement until the migration back to 9mm in the past several years.

One of the good things that came out of this particular gunfight was the FBI’s approach to testing defensive bullet performance, and this protocol has remained the industry standard since. Most of us are familiar with using gelatin to test bullet expansion and penetration. This test also involves testing the performance of rounds going through several layers of denim cloth before entering the gel block. Over the course of several decades it has generally been ascertained that if a bullet can penetrate twelve to eighteen inches in gel, after going through the denim layer, and adequately expand, it will typically penetrate and expand in a human body. Many factors come into play when a human being gets shot that can’t be approximated in gel, of course, but as a baseline assessment, the gel test has proven valuable.

One element that the FBI also tests in their standardized ammunition assessment is the ability of a bullet to penetrate barriers and still provide adequate terminal performance. This segment of ballistics testing is less known and less understood than is the more straight-forward gel testing. Barrier penetration proves important in the law enforcement community. Time and again the need arises in various use of force situations in which police officers need to shoot through vehicle doors and windshields, or perhaps structural doors or other such barriers, to engage threats. Therefore, the FBI protocol tests the performance of a bullet to penetrate glass, wallboard, sheet metal, and plywood to determine this.

Advancement of Bullet Design and Performance

Over the course of the years, bullet design has significantly advanced. The use of modern hollow point configurations that accelerate expansion, as well as mitigate the bullet cavity from becoming clogged and failing to open, have increased performance. Pertaining to barrier performance, it has also been determined that bonded bullets, in which the jacket material is bonded to the lead core, prevents the bullet from fragmenting when striking surfaces. This bonding process significantly increases the bullet’s ability to hold together and penetrate even after hitting intermediate barriers. Therefore, the use of a modern hollow point that employs a bonded design has become quite standard among law enforcement.

Do Armed Citizens Need to Worry About Barrier Penetration?

A debate that often arises amidst this discussion on bullet design, particularly in regards to barrier penetration, is whether or not the need for good barrier penetration performance is relevant to armed citizens. Essentially, many armed citizens believe that the citizen should similarly embrace every potential advantage that is leveraged by law enforcement. The opposite end of the debate suggests that shooting through intermediate barriers has no place in the world of civilian self-defense. Wherein lies the truth?

As with most disagreements within the firearms world, there is some merit to both opinions. It is probably obvious to most that law enforcement officers do indeed have a more pressing need for barrier penetration in their defensive ammunition. Patrol officers, for example, make routine traffic stops in which they may face the need to shoot through automobile glass and door side panels, a circumstance that generally does not arise for the armed citizen. However, this does not mean that a citizen would not face a situation in which having superior barrier penetration ability would not be useful.

Many put forward the argument that there is no circumstance in which shooting through a barrier would constitute justifiable self-defense, and this is an argument that is, quite frankly, misguided. Bad guys are often familiar with the concept of taking cover and an assailant that is shooting at you or other innocent parties from behind a car door, interior door frame, or some other barrier, is indeed a legitimate and immediate threat. The ability to penetrate such barriers and inflict ballistic dissuasion may prove vital.

Isn’t It Better To Have It and Not Need It?

I find that the argument for not shooting through barriers is akin to the argument that shooting at distances beyond a specific range would never be justifiable self-defense. In both cases, a generality is applied to all possibilities. It is true that the vast majority of defensive gun uses take place within 21 feet, but that in no way equates to an argument against engaging a threat at extended distances. An active shooter 50 yards away that is killing innocent people is an entirely justified target. Similarly, an armed citizen has no business making traffic stops but is justified in engaging an active and lethal threat that is taking cover behind an automobile door. Therefore, I would argue that a modern, bonded, hollow point bullet design is the preferable ammunition type for the civilian just as it is for the law enforcement officer.

Another benefit to bullets that are designed to penetrate intermediate barriers adequately is that they typically provide superior penetration in unarmored targets as well. The human body is full of bones and other hard structures that is not approximated by gelatin. Bullets that are not bonded often fragment when they strike the hard structures of the body. When the jacket separates from the led core of the bullet, which often happens on non-bonded bullet designs, the bullet loses momentum and is less likely to penetrate.

So, for example, a non-bonded bullet that strikes the bones within the arm of an aggressor may fragment and then lack the penetration to enter far enough into the body cavity to shut the threat down. A bonded bullet has a much better likelihood of maintaining penetration. Therefore, bonded bullets prove a superior design for penetrating barriers, even when that barrier is part of the body.

In closing, the armed citizen remains best served by selecting from the ammunition chosen by law enforcement agencies. The FBI protocol remains the standard, a standard applicable to law enforcement personnel and armed citizens alike, and just as the expansion and penetration requirements of this ballistic test are relevant to the citizen, so is the barrier penetration requirement.