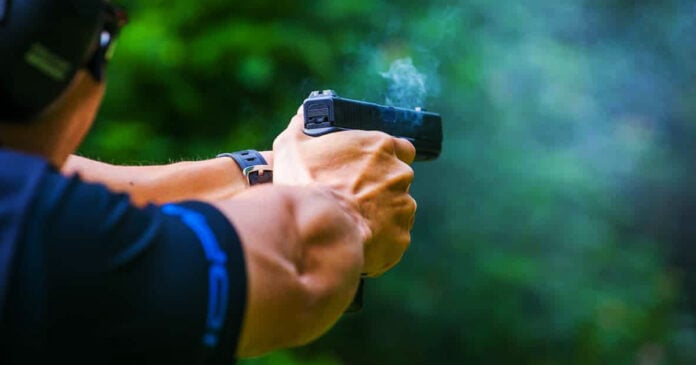 There actually isn’t any great secret to shooting faster or shooting more accurately, because the answer is just doing the work. However, today’s hip instructors are starting to add more “bro science” with the promise of making you faster and more accurate more quickly if you only take this introductory course from them for the low, low rate of $799.95.

You’ll learn all about kinesthesiology, proprioception, myelination, Alien Nation, and they might even teach you how to Dougie.

Act now; your offer expires while you wait, and operators (tactical pun intended) are standing by.

Now, this isn’t to say that there isn’t a smarter way to do things.

This also isn’t to say that instructors who use this kind of material don’t know what they’re talking about; some of them really, really do. Travis Haley, Joel Turner, and some other high-profile instructors have done their homework or work directly with people who have and aren’t kidding around. They really are trying to optimize human performance, and are worth learning from.

However, just as with bro science in the gym, it’s starting to trickle down to people who don’t. And that’s where the poor suckers who pay these people for training are going to get themselves in a world of hurt.

If we’re going to bring bro science into the shooting game, then let’s start with the basics. There is a proven method for getting better at shooting, and in fact, improving at literally anything you can think of, which comes down to one principle.

It’s an old one. You already know it, even if maybe you don’t know what it’s called, and it’s called progressive overload.

What Is Progressive Overload?

Progressive overload is a measured increase in resistance. In other words, you make something just a little bit harder to do at regular intervals, forcing you to work a little harder to accomplish the task and therefore adapt to it.

You can add resistance maximally or submaximally, meaning at the limit of your ability or below the limit of your ability. The former is effective, but training to maximums usually leads to inefficiencies of technique. Submaximal progressive overload typically produces more consistent results, which is why so many football programs are still using Bill Starr’s weight program (5 sets of 5, having your cake and eating it too) decades after he devised it.

Let’s say your absolute max was about 300 lbs, but your working sets were at 225 lbs. You wouldn’t just try to lift 305; you add 5 lbs to your working sets. It’ll be a little harder, but you’re still able to lift it proficiently. Then you add another 5 lbs and so on and so forth; your max will go up as well.

The modest increase in resistance causes an adaptation to the increase in stress on the muscle at a submaximal resistance level, meaning your base strength level goes up as – therefore – does the maximal capacity.

That’s the gist of progressive overload – modest increases in resistance, leading to an increase in capacity. But how do you apply this to shooting?

How Does Progressive Overload Apply To Shooting? 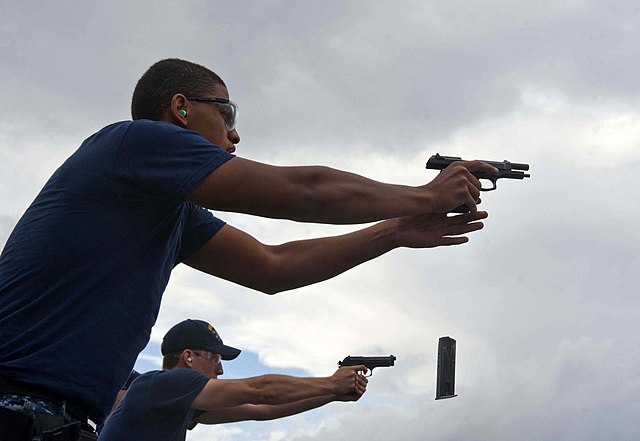 “Getting better at shooting” is measurable by instances of performing a task, say the first shot from concealment, or a Bill drill, or an El Presidente drill.

Weightlifting is a good analogue for shooting since the general idea – increasing your capacity to perform a task on demand – is the same. To be stronger, you want to be able to lift more weight at any given time. To be a better shooter, you want to be able to make more accurate shots and/or at a greater distance and/or in less time, and on-demand.

To apply progressive overload to shooting, you make hitting the target harder. That’s done with time pressure (go faster) distance, the required precision, or with complexity by adding additional elements such as transitioning between targets or adding a reload.

There are lots of different shooting skills, just as there are many forms of exercise, so let’s concentrate on just one for the sake of discussion, and arguably the most important for concealed carry: the first shot from concealment.

Set a submaximal time at the range or when dry firing. It should be a pace at which you can efficiently place a shot from concealment on target. Not the absolute fastest time you’re capable of, but not totally relaxed. Just fast enough that it requires effort, but doesn’t compromise accuracy or increase the risk of fumbling the movement.

What you’d do is set a shot timer for 2.2 seconds for your dry fire practice and when you go to the range for live fire work. You’ll have to put in a little more effort, but it won’t be so much more effort than your technique will break down.

When you notice it’s become a little easier, set your timer to 2.1 seconds. And then 2 seconds, then 1.9 and so on.

In short, the idea is to raise your baseline rather than only trying to increase your maximum. A rising tide, the saying goes, will lift all boats, and you can use this rather simple concept to get better at your practical shooting practice.

Now let’s go get these gains.