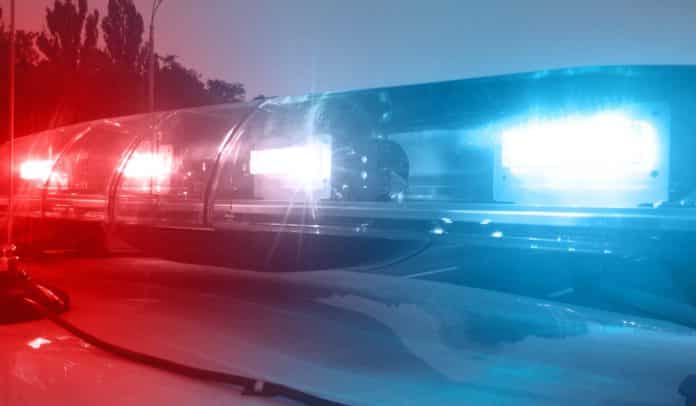 At 3:30 AM on a recent Tuesday in Springfield, Ill, a man began banging on the door of a residence making violent threats. A man and woman were inside the residence. The woman was the victim in a pending felony case against the door banger for violation of a protective order.

The man, failing to get into the residence through the door, moved to a bedroom window where he pushed in an air conditioning unit in an attempt to gain access through the window.

It was at this point the male occupant fired at the would-be intruder. An investigation by the Springfield PD showed that the subject tried to enter the residence in a “violent, riotous, or tumultuous manner” and that the residence believed that deadly force was necessary to prevent the intended assault.

Charges related to the shooting are not expected, as reported by Fox Illinois.

However, the male resident was charged with a pair of felonies for possession of the firearm. It seems he had two previous felony convictions and was out on parole. He submitted to the police and is in custody with a $500,000 bail.

So we have a man awaiting trial for violating a protective order violently violating it again and another man in the residence, armed in violation of his parole, protecting the woman from him.

This is a lesson here that all concealed carriers need to be aware of. It is possible to lawfully, justifiably defend yourself or others yet still be charged for getting crosswise with the area’s gun laws.

This case, as far as we know at this point, looks every bit a textbook self-defense case except that the defender was a convicted felon prohibited from possessing a firearm. So he likely will not face charges for the shooting but the gun charges alone will put him away pretty much forever if convicted.

No concealed carrier is a felon, or they wouldn’t have been able to get their concealed carry permit. But what if you are forced to defend yourself in a gun-free zone? Or in a place with a magazine capacity limit, and your EDC is over the limit? Or you happen to end up too close to a school? Or perhaps you find yourself unaware that you are in a state that doesn’t honor your permit?

You could be completely justified in your use of force but still, face felony charges that could cost you your gun rights. A very important part of all concealed carriers’ continuous training is to be intimately familiar with all the current relevant gun laws anywhere one might find himself.