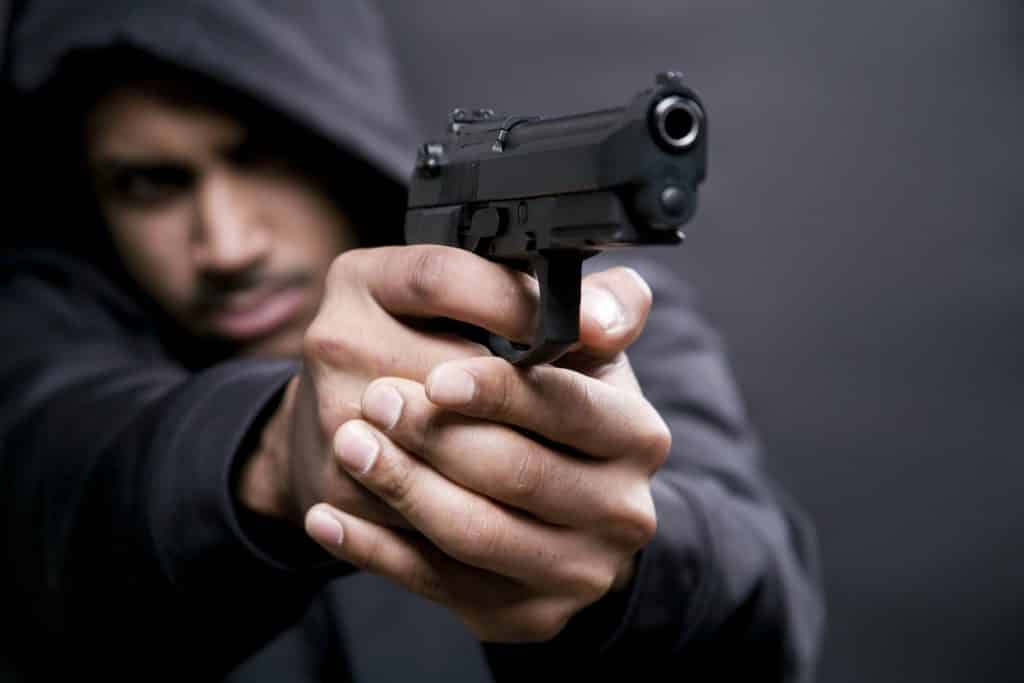 The most common news story involving street-level armed robbers is usually in either a gas station convenience store or liquor store. Both are high-traffic environments that can guarantee usually at least a couple hundred in cash and some hand-carry items such as cartons of cigarettes and booze. For street-level offenders with little active experience, these are prime targets. The risk is high but it’s generally more lucrative than hitting an individual on a street corner. For employees in these job fields, being armed with a concealed handgun can mean the difference between life and death.

Let’s preface this: street-level offenders have a variety of experience and predisposition to violence. Some are just pushed to rob a liquor store out of a reluctant, idiot notion that they can prove their worth and move up to better enterprises. Others are scared, anxious people who have little experience or understanding in the use of firearms and may exercise a much greater degree of initiative in becoming violent.

The two basic strategies seen are usually as follows:

In a brute force scenario, the armed robber will point the gun at the clerk and quickly move behind the counter to limit that clerk’s ability to retreat, seek cover, or avoid the situation. Once there, he may exercise violence to any degree he sees necessary to secure goods and cash. Once that’s finished, the criminal or criminals may simply leave or decide to push the situation further with the hopes of gaining access to a safe or other contained valuables section of the store. This is time intensive and arguably idiotic considering the estimated payout versus risk. However, you’re not dealing with street-level Einsteins. You’re dealing with a lot of thugs. These may be juveniles or fully grown adults. In either case, the clerk is almost always incentivized to seek cover. If he’s armed, he has little choice but to engage the suspects because his life is in direct jeopardy at every step in this process.

With criminals who are able to use even the most basic of strategy, they will seek to strike in a group of two to three. One will sit in the car and keep it idling while two go in. The two will attempt to gain angles of cover on the clerk or clerks. One will break off and get the valuables while the other maintains basic field of fire over the employees. Depending upon the skill level, natural tendency to violence, and other factors, this scenario could play out with no loss of life.

Most criminals don’t go this route because they’re greedy and stupid. The take from a liquor store or gas station convenience store is always small. Splitting it three ways between two armed robbers and a driver means nobody gets a decent pay-out. Additionally, if one of the robbers or the driver go down due to either an armed citizen, wandering off-duty police officer, or the clerk himself, the remaining members of the group may get charged with their buddy’s murder. This bumps a charge from armed robbery to murder.

So, from this, and from the number of news reports we generally see, we can quickly draw the conclusion that armed robbers usually opt for brute force over strategy. Even in a brute force scenario, the armed robber usually has a getaway driver. The getaway driver’s job, when a concealed carrier, armed clerk, or off-duty officer intercedes, is usually to drop off the robber at a nearby hospital if he’s shot and then quickly get out of the area. Lower coverage and visibility for the driver, fewer chances of being charged with murder if the robber goes down.

This is why if you work in a profession in a high-traffic environment, you need to be armed. The guys going into these escapades have little to gain and everything to lose. That’s a recipe for disaster. Doing nothing can still result in the loss of life. Failing to accommodate properly the violent nature of your aggressor can result in the loss of life. There are so many possibilities in these situations that the most foolish thing a clerk can do is assume compliance equates to survival.

This article was submitted by a USA Carry reader. Click here to submit an article today.