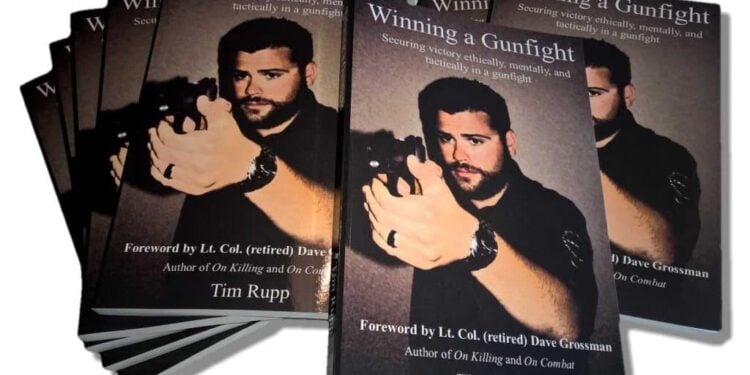 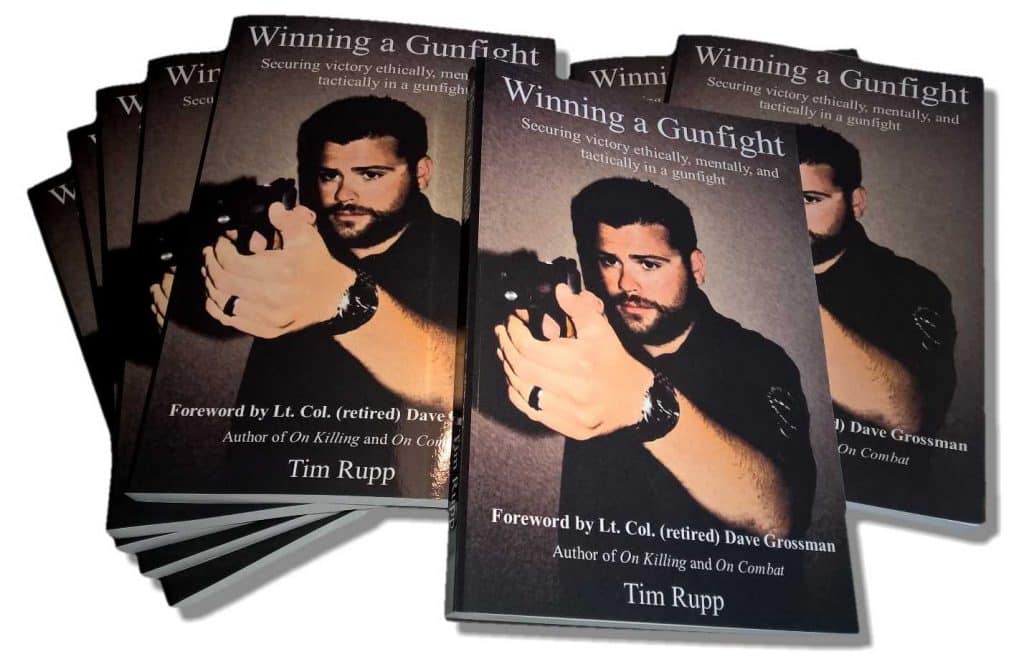 I read a lot—as a working writer, it’s more or less a requirement for the gig.  Working for USA Carry, I get to read a lot about guns, gunfighting, and the related questions and challenges that come with them. Toward that end, I’ll admit that I wasn’t particularly enthusiastic when I received my copy of Winning a Gunfight: Security Victory Ethically, Mentally, and Tactically in a Gunfight by Tim Rupp. Dozens if not hundreds of these books are published every year and they’re mostly tacticool sensationalism.

Rupp’s books isn’t like that at all. Winning a Gunfight is a damn good read: well presented, well organized, and well thought out.

First and foremost: Rupp writes fairly well, and that’s a refreshing thing in the world of tactical literature. Secondly, he takes an interesting view of the subject matter. Winning a Gunfight opts to approach gunfighting holistically, taking into account the mental, spiritual, and physical aspects of the training, the incident itself, and the aftermath.

In order to do so, Rupp draws heavily on some of the most important works in the field. David Grossman’s seminal works On Killing and On Combat appear frequently—Grossman wrote the forward to Winning a Gunfight, incidentally. Other classics are also cited; I was gratified to see the works of Jeff Cooper and research by the FBI and Mayo Clinic. While Rupp makes few original contributions to the theory or tactics contained herein, he does synthesize the existing research and thought very well.

The originality comes through in other places, however: Winning a Gunfight takes on the spiritual side of a violent firearms encounter: how to deal with guilt, how to keep your head clear, and the complex ethical questions that come with all of the above. Are his insights thorough enough? Well, I don’t know and neither does anyone else—it’s an endless series of questions and much depends on your individual point of view.  Rupp grounds his moral analysis in the Bible, particularly the Old Testament—though he’s quick to acknowledge that he’s using this as a frame and a starting point and that other people might have different beliefs. So don’t let his religious angle put you off, as this is some of the strongest stuff in the book.

So, should you buy it? That depends on who you are. If you have a large library of books relating to tactics and gunfighting—and you’ve read and absorbed most of them—there may not be a lot of new material here. However, if you’re looking for a one-stop-shop introduction to the world of gunfighting, this is an excellent choice. The overview of the history and development of gunfighting tactics is excellent, and the holistic mind/body/spirit approach really shines as an original contribution.  Rupp’s extensive law enforcement experience allows him to use real-life shootings in which he was involved as tactical case studies—another real strength of Winning a Gunfight.

So in summation: this book was a pleasant surprise and I hope you’ll consider checking it out. Rupp’s made a solid contribution the the growing body of writings on this subject.