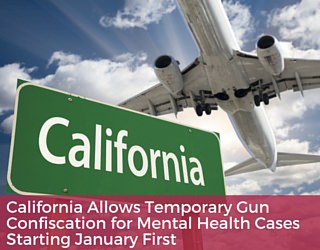 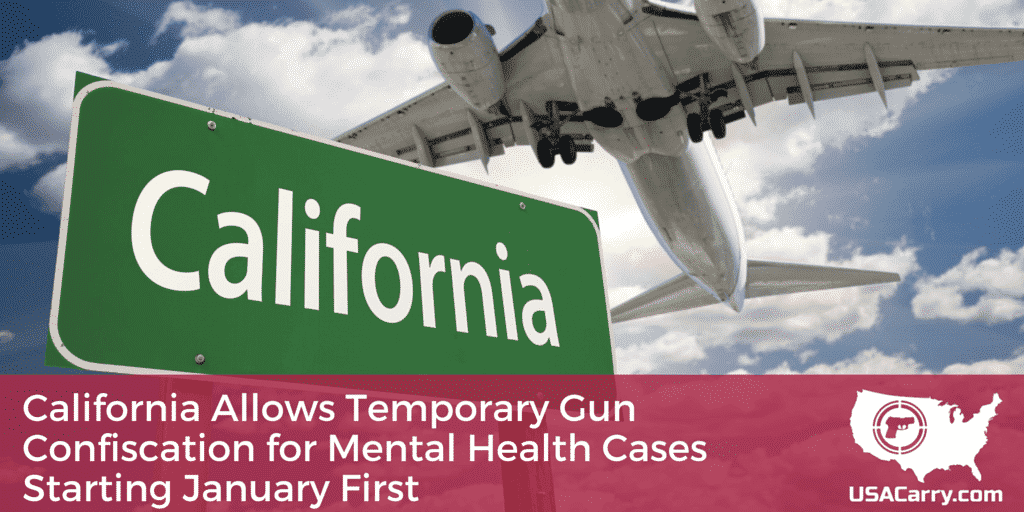 Californians who believe a loved one poses a danger to themselves or others will have the option of requesting the temporary confiscation of that individual’s firearms for 21 days. Enacted in the wake of a May 2014 mass shooting, the new law goes into effect January 1, 2016.

The process is intended to be temporary. Following the three-week waiting period, the person in question may appeal to the judge issuing the order. Critics of the new legislation argue that the law effects a penalty by denying the accused their civil rights without affording them the chance to confront the evidence against them. They also point to California’s abundant gun laws, which have largely failed to curtail crime.

In a statement to the press, Los Angeles Police Department Assistant Chief Michael Moore had this to say:

California gun advocates were equally vocal in their criticism:

“We don’t need another law to solve this problem,” said Sam Paredes, executive director of Gun Owners of California, a Gun Owners of America affiliate. “We think this just misses the mark and may create a situation where law-abiding gun owners are put in jeopardy.”

The new California law takes effect at a time when anti-Second Amendment legislation is back in the news.  Ongoing efforts include a proposed ban on so-called assault weapons, under consideration in Congress at the time of this writing.

Well there’s one way to put more people to work for the government; reviewing paperwork to justify enforcement of a new law (which may backfire on them) . . . sad society : (

There is nothing “temporary ” about confiscation!