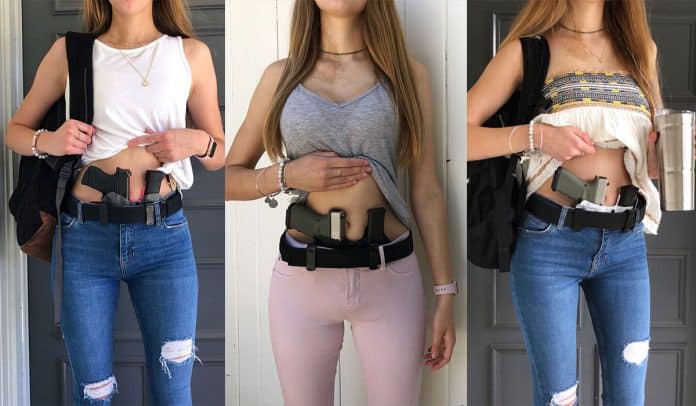 ChenWei Guo, Lauren McCluskey, and Mackenzie Lueck – the three students from my university who have been murdered since my first semester of college in the fall of 2017. According to the University of Utah’s Annual Security Report, there were also 15 instances of rape reported on campus in 2017. These alarming facts are just from the University of Utah, a school that I once believed to be safe. I can only imagine how much worse the statistics must be for other universities across the United States.

I did not grow up around guns. My interest in firearms didn’t start until I was 17 years-old when a family friend took me to the range for the first time. When I was 18, I moved from the San Francisco Bay Area to Salt Lake City to attend college. This was when I realized that I was 800-miles away from home and that I could only rely upon myself. I decided to apply for my provisional concealed-carry permit about a month after starting college (which occurred before any of the students mentioned previously were killed).

Utah offers provisional carry permits for individuals between the ages of 18 and 20, with the only restriction being that carrying a firearm on the campuses of K-12 schools is not permitted. All public universities in the state of Utah allow students to carry on campus. As I waited for my carry permit to arrive, international student ChenWei Guo was murdered near campus. This was a major wake-up call for me, and it made me even more motivated to become self-reliant.

The biggest hurdle I’ve had to overcome throughout this journey is the attitude that exists among many of my peers. Most young women on campus are concerned about safety but are uncomfortable with individuals carrying self-defense tools. When speaking on the topic of safety, my school refers to it as a “culture,” promoting reliance on others. I frequently listen to my peers, making comments about feeling unsafe on campus. But I don’t see them doing anything about it on their own behalf. I see many other young women carrying pepper spray, but they carry it on a keychain attached to their backpack where it is practically inaccessible.

I do not tell any of my college friends that I carry a firearm. This is mostly because telling my peers would defeat the purpose of concealing, but also because I feel as if they would not approve. While I am a member of such a wonderful community of women who carry on Instagram (@freedom.concealed), I feel like I am alone in carrying on my campus. I am sure other students carry, but what percentage of those students are young women? I would love to find a way to connect with the other students on my campus who carry without broadcasting to all other students that I bring a gun to school every day.

In addition, the fashion aspect of carrying can sometimes be a challenge. Usually, I plan my carry outfits ahead of time, but that isn’t always convenient. There are many late nights of studying and early mornings where I have to be on campus by a certain time to claim a parking spot. This has taught me to create a few “go-to” outfits for the mornings when I am in a hurry and need something that will be 100% effective in concealing my firearm. I have learned that I can’t always dress like my peers. Some things, like tighter tops or crop-tops, simply do not work with carrying. This doesn’t mean that I have to completely sacrifice fashion or spend a ton of money to make up for it. I found that it is fairly easy to find pieces that make concealing possible, but also stay within my college-student budget. 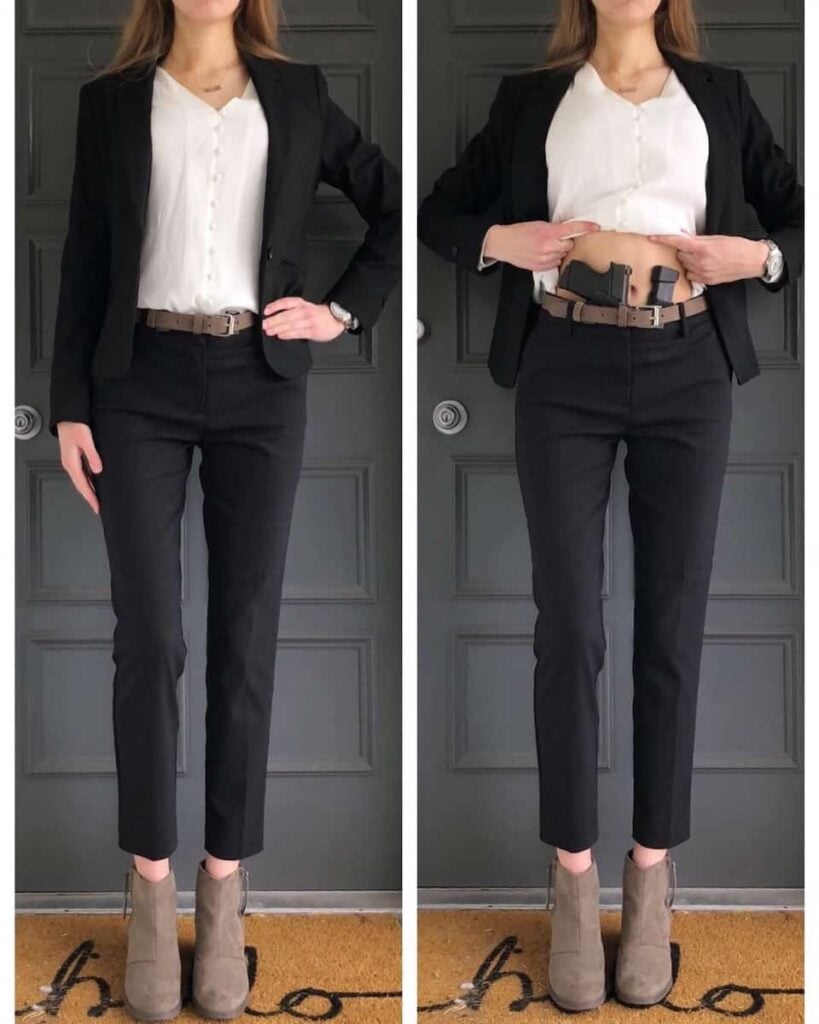 As a student in business school, the fashion aspect of carrying became slightly more challenging for me last semester. There were days when I had to dress business-professional for presentations or other events. The solution I used involved using a Kydex holster from TXC Holsters with Ulticlips, the X1: ALLY. This allowed me to tuck in my shirt and securely attach my holster directly onto my pants while covering the clips with a belt. I am thankful for the learning experience of dressing professionally at this time in my life. It has taught me to be creative and allowed me to develop a carry method that I will use even after college.

I never thought that my university would lose a student to murder, let alone lose three students. The tragic loss of my peers is a reminder that college campuses are not 100% safe for students. I believe that if more students knew of the self-defense options available to them, dangerous incidents would not happen as frequently. At freshman orientation, we are told not to get drunk, always get consent, and always use a condom. However, we are never taught that it is legal to carry a concealed firearm on campus. Or that having a pepper spray buried deep in your backpack probably won’t save you from an attacker.

There are not many states that allow campus carry. Some don’t even allow individuals as young as 18 to carry a concealed firearm. I feel so lucky to be in a state that has given me peace of mind so I can focus on my education. I believe that more states should follow the example set by Utah and allow students to defend themselves.