Are You Illegally Carrying Concealed at the Post Office? 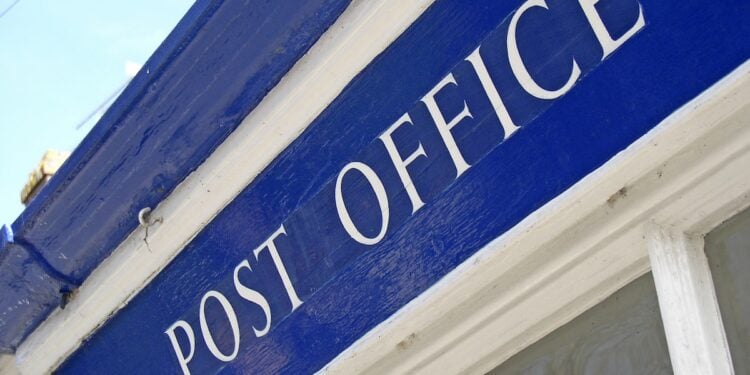 But when it comes to the Post Office, many people unknowingly violate the law, and I’d be willing to bet you’ve done it once or twice or you know someone who has. And guess what? What I’m talking about has nothing to do with carrying concealed INSIDE the post office.

Most people can agree it’s illegal to carry concealed inside a Post Office.

I say “most,” because there are a good number of people who think it is legal. You see, the United States Code (18 U.S.C. 930) that deals with firearms in federal buildings has a section that says there are certain times you can carry concealed in a federal building… “The lawful carrying of firearms or other dangerous weapons in a Federal facility incident to hunting or other lawful purposes.”

People argue that “other lawful purposes” means we can carry for personal protection because we have a valid concealed carry permit. From what my lawyer has told me and from all of the research I have done this is NOT true.

In fact, the Code of Federal Regulations – Title 39 – which is named “Conduct on Postal Property” says “No person while on postal property may carry firearms, other dangerous or deadly weapons, or explosives, either openly or concealed, or store the same on postal property, except for official purposes.”

But that’s not my main concern and not why I wrote this today. The reason I wrote this and the big mistake people make is that you’re not even allowed to have your gun on Post Office Property. In other words, when you pull into the parking lot and toss your gun into the glove compartment while you go mail a letter, you are breaking the law.

I realize that may sound “dumb” and hard to believe, but the above Title 39 paragraph clearly states “on postal property, except for official purposes.” Now, I had a student who told me that a friend of theirs got arrested in the Post Office parking lot when a police officer watched him put his gun in his glove box…

But the most significant proof I found is what actually happened to a postal employee. A fellow named Clarence Dorosan used to store his gun in his car while he went to work each day. Somehow, one of this supervisors found out he had a gun in his car, and he was arrested and fired for having a gun on the property. I’ve added appellate ruling where the judges upheld his original conviction below this article.

So since you cannot even carry onto the Post Office parking lot, what should you do? Obviously, one option is to leave your gun at home if you know you’ve got to stop by the Post Office. But where I live there is a restaurant next to the Post Office, so I always park in the restaurant parking lot and stash my gun in the glove box and then walk over when I need to send a package or mail a letter. Yes, it’s nonsense, but unfortunately, many laws are.

“we know we cannot carry concealed in an airport” – no, you can’t carry past the TSA check point. You can carry all day at the airport, in the baggage claim and ticketing areas.

Thanks. We’ve updated the article to be more specific.

REGULATIONS apply to Employees, Laws apply to us citizens.

Are you aware there was a case where a federal judge ruled it was legal?

That is for the parking lots, not inside the post office.

The case was overturned on appeal. It was further appealed to the US Supreme Court, which declined to hear it. So today, it remains illegal to bring a firearm into a post office parking lot. https://www.sj-r.com/story/news/2016/03/21/supreme-court-rejects-appeal-over/32366153007/

EXCEPT
(3) the lawful carrying of firearms or other dangerous weapons in a Federal facility incident to hunting or other lawful purposes.

Why wouldnt self defense be a lawful purpose?