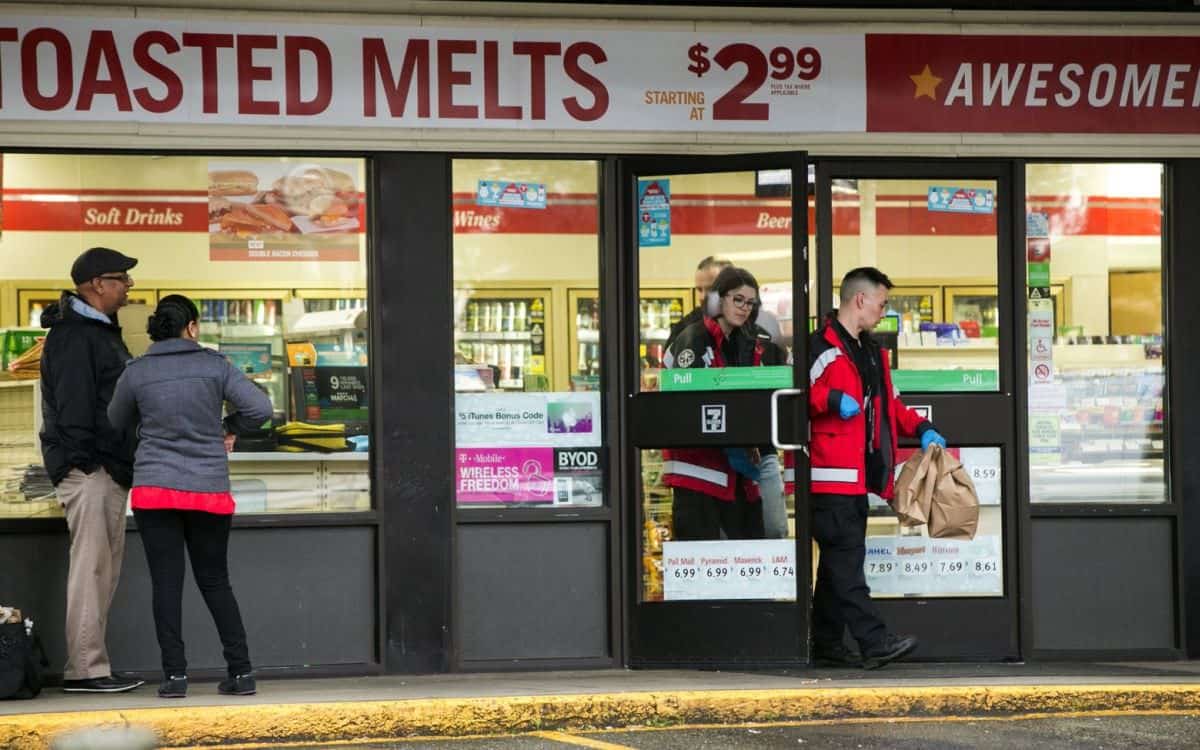 In the early morning hours of Sunday, March 13th, Kuldeep Singh was working at a 7-11 in Boulevard Park, Washington, when a masked man attacked him with a hatchet, striking him several times. Luckily for Singh, another customer with a concealed carry permit responded instantly by shooting his attacker, killing the man at the scene. Singh’s injuries were thankfully minor. He stated to the press that he felt the man was trying to kill him.

The shooter remains unnamed, although the owner of a nearby store described him to the press as a longtime regular customer and  a “very nice” guy.

Local police praised the shooter’s actions, calling the man a hero. Department spokesperson Sgt. Cindi West had this to say:

“This could have been disastrous . . . This guy came in, wielding the hatchet, swinging at everybody, not saying anything. Had this [customer] not shot, who knows what would have happened. We might have a dead clerk right now and instead we have a dead bad guy.”

At the time of this writing, there is no known motive for the attack, and the matter has been forwarded to the King County DA’s office for review. Sgt West noted that “What everybody says is that he didn’t say anything. He just walked into the store, had the hatched, and started attacking people.”

The suspect, a male believed to be in his mid 40s, remains unidentified. The investigation is ongoing.

Why Hired a Bodyguard, When You Can Buy One? Hickok45 Reviews the S&W 638 Bodyguard .38 Special