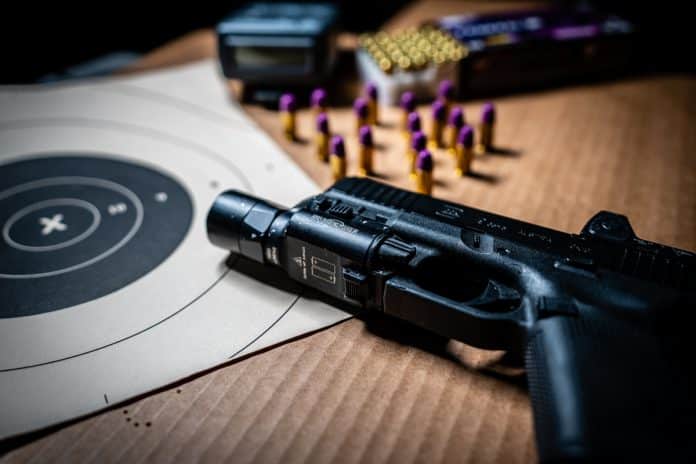 Selecting shooting drills for concealed carry training or practice is a lot like picking exercises to do at the gym. It’s not so much that a particular drill or exercise is bad – though some are! – but it’s that you have to be careful in selecting which ones you’re picking.

Some shooting drills are great for everyone, foundational exercises that pretty much everyone from defensive-minded shooters to competition shooters should be working on. Others…can leave something to be desired.

So, when choosing shooting drills for your practice sessions, use some discretion.

Choose Shooting Drills Like You Choose Exercises: Put In Work How And Where You Need

There are hundreds and hundreds of shooting drills to choose from. It’s a good idea to have a few in your practice regimen, but you also need to choose them carefully.

What you want from a shooting drill is for the exercise to work on what you want to work on, and in a manner appropriate to what the purpose is.

So if your goal is improving defensive shooting skills for a concealed carry application, you don’t want to be running shooting drills that are obviously for the competitive environment. There’s some overlap, to be sure, but make sure you’re working on what actually needs working on.

Think of it this way: everyone would agree that lifting weights is good for you, but you don’t want to choose lifts and programming that don’t suit those goals.

Let’s say your goal in working out is just general strength and well-being.

For strong shoulders, you don’t have to do multiple exercises to make your shoulders strong and keep them that way.

A bodybuilder has to target the different parts of the muscle to sculpt and grow them, but a simple press – whether the classic overhead press or the strict press/military press – is perfectly adequate to strengthen the shoulder muscles.

A great example is the El Presidente shooting drill, including both the handicapped version that you tend to see on YouTube (where the targets are close to the shooter and closer together to allow the shooter to go faster) and the original drill as designed by Col. Jeff Cooper.

In most regards, it’s an excellent exercise. Almost every fundamental shooting skill is included…but it isn’t perfect.

For those unaware, the course of fire is three targets at 10 meters, spaced 3 meters apart. The shooter starts in the surrender position with the back to the target. At the buzzer, the shooter turns and puts a controlled pair into each target, reloads, and repeats the controlled pairs.

The original drill was designed by Cooper as a comprehensive exercise for presidential security personnel in Central America, who carried typical service revolvers.

However, for a person shooting a semi-automatic pistol, the drill as originally conceived imposes an artificial condition on the shooter (starting with six rounds in the gun) that you won’t face in the field, meaning it’s not realistic unless you carry a revolver or a pistol that has a 6-round capacity.

And tactical reloads…really only occur in IPSC. They don’t happen too much in the real world.

Again, El Prez is not a bad drill. In fact, it’s one of the most comprehensive shooting drills in terms of breadth of technique that gets exercised. But, as mentioned, it isn’t a very realistic drill with modern firearms.

A person could update it for modern single-stack pistols by shooting to slide-lock, in case you’re carrying a Shield, Glock 43/43X/48, or perhaps a 1911 if you, too, are a person of culture.

However, a different transition drill like the 2-2-4-2-2 drill or the 1 to 5 drill (both can see seen below) may be a better fit. Both work more or less the same skills (drawing from the holster, target transition, recoil control, etc.) and don’t impose the same arbitrary round count and reload requirement.

What To Look For In A Shooting Drill

What you want to look for in a shooting drill is an exercise that works fundamentals, as those tend to be what win gunfights. Draw, aim, shoot, make a few hits accurately, but quickly if possible.

Plenty are out there that consist of just that.

Don’t put yourself in a position where you wind up being paralyzed by the paradox of choice. Find a few core shooting drills that are established and proven for building and maintaining skills and stick with them.

Just take care to select a relevant and applicable exercise to what you’re trying to accomplish.