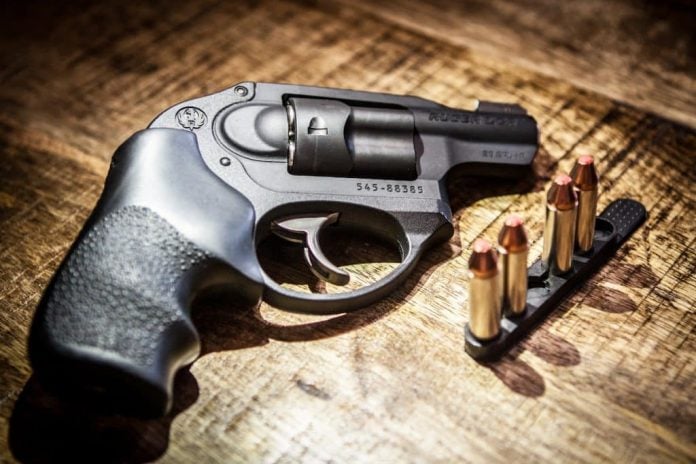 I have written a lot about the small-frame defensive revolver over the years because it is a weapon of personal protection that fits the deep concealment needs in my life where nothing else seems to work. Despite the amount of ink I have dedicated to the subject, I am actually not a revolver enthusiast. In fact, if my lifestyle never required me to dress in a way that stifled my ability to conceal my auto loading pistol, I would never carry a revolver at all.

However, I live in the real world and I have social obligations that demand that I dress formal on occasion. In such attire, I find the small-frame revolver works best as the diminutive size and rounded profile don’t print under tucked in clothing. A small revolver in a belly band is also my gym and exercise gun. Therefore, while not my preferred carry option, the small revolver serves a purpose and allows me to remain armed whenever possible.

If you are stuck with a revolver on occasion, yet you are not a revolver enthusiast, what skills should you focus on to ensure you have a competent level of skill with this particular gun? The small-frame revolver is a demanding gun to shoot, so how can we maximize our ability with it? Here are the four areas I suggest prioritizing in your revolver-specific training:

#1. Develop a Grip That Works

The small revolver is very demanding concerning grip because there is simply not much to grab. I don’t subscribe to the notion that you must use a traditional thumbs-tucked revolver grip as I find the standard thumbs-forward grip works for me on the revolver, but everyone is different and you need to experiment for yourself. It is simply more difficult to grip such a small gun well. Get high on the tang. Having a hammerless option is ideal here. Getting high will help tame the muzzle flip and recoil of this little gun.

For the most part, all of the dynamics of a good handgun grip apply to these small guns, but you invariably need to change things to accommodate the tiny grip surface. Going with larger grips is always an option, but you sacrifice concealability, the primary reason to use this gun in the first place. The pressing matter is this: you need to grip the gun in a way that you do not interfere with the controls (such as actuate the cylinder release while firing) or hurt yourself, like get your thumb too close to the forcing cone.

My standard thumbs-forward grip works fine, but I am left-handed, so my thumbs are opposite the cylinder latch. You will need to adjust your grip based on experimentation. While utilizing a thumbs-curled revolver grip might be necessary for you, if your thumbs-forward grip works fine, then why work to develop a substantially different grip for a gun that is only a secondary option for yourself?

It is imperative, however, to ensure that your thumb does not go close to the forcing cone or you risk injury as hot gases blast out of the gap between the cylinder and the barrel. This is more a concern if shooting powerful magnum rounds, however, than with typical 38 Special or 38+P loads.

The long, heavy, double-action trigger of a small revolver is significantly different than anything a striker-fired auto shooter is used to. Getting proficient with this demanding trigger takes dedication. The good news is that revolvers lend themselves especially well to dry-fire and you can get in the needed reps that way. Focus on being able to press the trigger without moving the sights off target.

To effectively shoot a revolver you need to use the notch of the first distil joint of the trigger finger. Most auto shooters are taught to use the pad of the finger, but this does not give you enough leverage for the heavy double action that small revolvers notoriously have. While the dynamics of pressing the trigger directly to the rear all factor in you will find that running the double-action trigger of a revolver is substantially different.

You need to smoothly flow through the long trigger pull, then let the trigger rebound all the way to the released position. Releasing the trigger only to re-set, which is an option on an auto loader, is not really an option with a revolver. Typically, the trigger needs to be fully released. This long, flowing, trigger pull, and release is very different but can be done very effectively.

The small revolver will draw differently than your auto, without a doubt. Even if you carry it in your usual carry mode the smaller and angled revolver grip will make the draw significantly different. You will need to invest the time and repetition into making this draw efficient. If you carry this deep concealment option in an entirely different carry mode, say pocket or ankle carry, then you need to develop an entirely different draw technique. Getting the defensive handgun presented safely, efficiently, and quickly, is your top priority, so be sure to put in the required training on this aspect of revolver carry.

I would not get too wrapped around the axil about reloading the small revolver because, quite frankly, you will not get the gun reloaded in the middle of a fight. Show me where that has actually happened with a small revolver. Go ahead, I’ll wait…………

With that said, I do carry a reload when I carry my little revolver. The main reason is that most civilian involved defensive gun uses require few shots fired (let’s hope that average holds true if carrying only a revolver when you get in a fight) and I want to be able to top the revolver off after the need to fire rather than stand around with an empty gun. I think the idea of reloading a revolver with a speed strip, or even a speedloader, in the middle of a fight is wishful thinking.

The first thing to decide is what reload method you will use: speed loader or speed strip? For my needs, speed loaders are bulky and I find that I carry my small revolver only when I need the deepest of concealment. Having a bulging speed loader in the pocket is counter-intuitive to the deep concealment need in the first place. Therefore, I only use speed strips. Consider what you will realistically use and do some practice with that reloading device.

I personally use the 4-round speed strip method, which involves using only four cartridges in the strip, even to reload a five-shot revolver. If you are a revolver enthusiast and carry one as your primary gun then making a speedloader work will give you the ability to reload the revolver much faster. However, I find that most people who use a revolver only for deep concealment use a speed strip due to the concealment and carry issues mentioned.

Those are the four main skills to work on if you are an auto shooter that finds themselves needing to use a small revolver, at least occasionally. I am not a revolver enthusiast at all, but I find it offers a utility that no other tool can. Therefore, I keep up my skills to at least an acceptable level with the little wheelgun and I suggest doing the same if you use one.