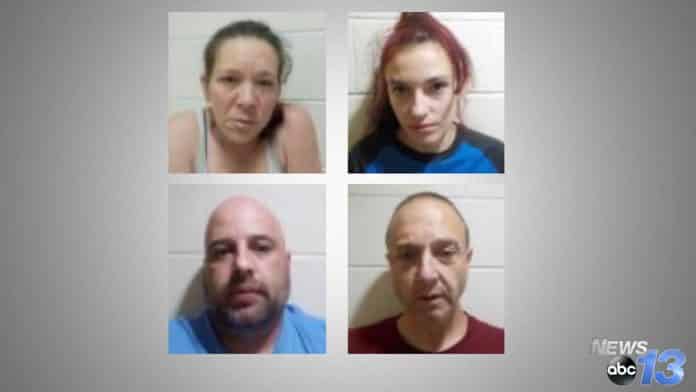 A few Saturdays ago a homeowner in Macon County, N.C. thought he was opening his door to a woman who was knocking but as soon as he did a man tried to force his way into the home.

The intruder was unsuccessful as the homeowner was apparently armed and was able to shoot the intruder in the arm. The suspects then fled and all three were later arrested. They told police that they wanted to rob the homeowner to get money for heroin.

Their arrest also led to the arrest of a fourth suspect who was apparently their dealer.

All in all, this one worked out about as well one could hope for – invasion/robbery suspects arrested and a dealer off the street.

But how many of you carry in your own home so that you could respond immediately to this kind of threat? My guess is not many. And that’s understandable. So what do you do in this sort of scenario?

Well, for starters don’t open the door for complete strangers. This is a common technique for home invasion/robbery types. In fact, an infamous serial rapist admitted that he was able to access most of the homes of his victims by simply knocking on the door.

A simple doorbell camera could help to spot others hiding nearby and the microphones many have can be used to communicate without opening the door. A common tactic is to knock on the door, claim some sort of emergency and ask to use a phone. Rather than immediately opening the door, offer to call 911 for them and watch their reaction.

If you are not expecting anyone, don’t just casually open your door for just anyone.