Clearing Corners And Doorways With Your Concealed Carry Handgun 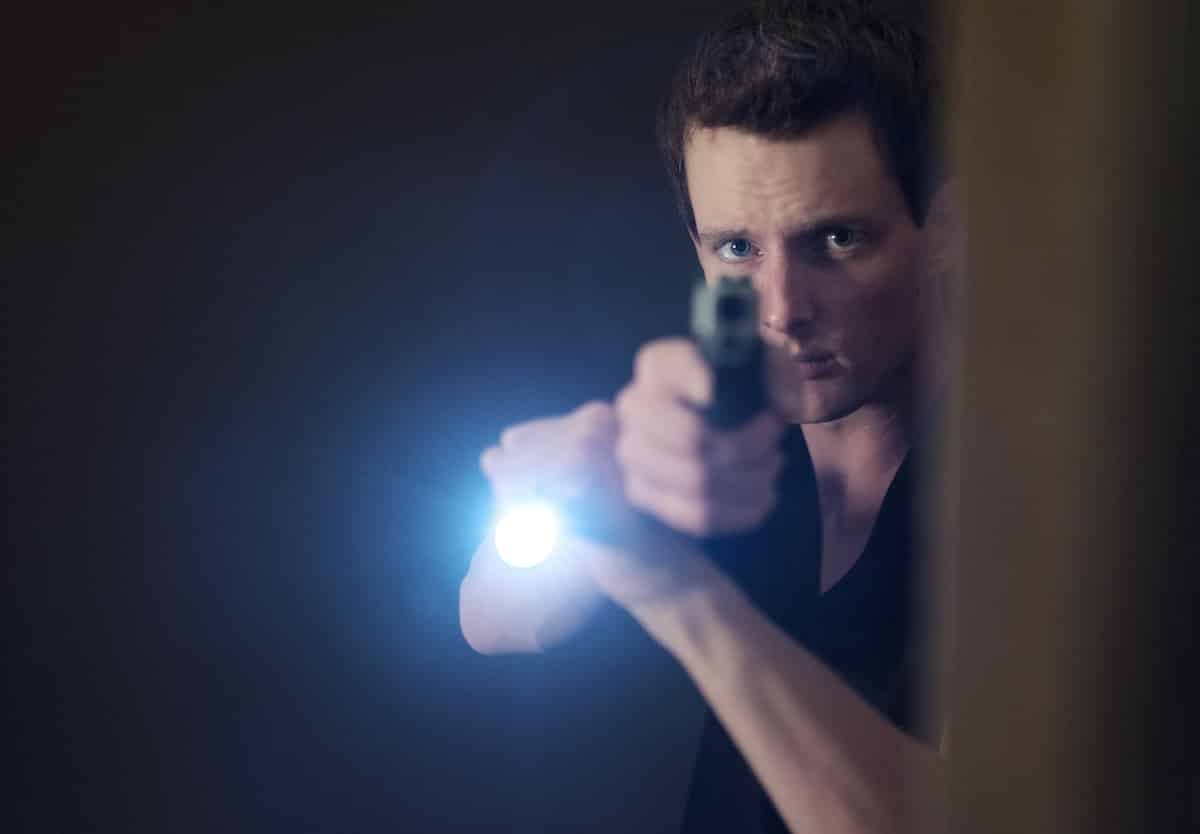 The first gun by most people’s bed is usually a handgun. And for concealed carriers, chances are pretty good that gun will be their everyday carry. How comfortable do you feel clearing doorways and corners in your own home?

That’s because unlike police and military, we don’t have backup. Rushing into a dark room and not checking corners can be an easy way to get ambushed. Spending too much time looking through an open doorway leaves us exposed in at least three directions.

Clearing a home as a lone individual using a handgun is not an easy task — even for well trained people. It just takes one mistake to wind up injured or killed if there’s an attacker somewhere in the house. Let’s clear up the myths and legends surrounding clearing doorways and corners.

Visually Check Corners And Behind Doors

First and foremost: every home has doorways and corners unless the person lives in an open yurt. If someone isn’t confident he can overpower another person, he’s going to use simple strategy to improve his chances. One way is to lurk in a darkened corner of a room until a victim presents him or herself. Another way is to use the natural concealment of a door to block direct line of vision.

We can break this by actively searching each corner of every room that we inspect.

In a defensive situation, tunnel vision can occur. That’s where the person defending his life is so focused on what’s in front of him that he fails to check his periphery. Trained concealed carriers break this habit by using active scanning.

Don’t Be Complacent With Tunnel Vision

Active scanning means moving your head and eyes to the left and right, visually confirming what you’re seeing to either side. For non-linear situations, such as approaching the doorway to a barn or moving through the woods, you would expand this scan to include both up and down.

You only have one life and, unlike video games, there’s no power-ups or med packs. Hopefully police are on their way but it’s a tough situation. For those who like to use flashlights, directed light works both ways. It illuminates what’s in front of you — sometimes ruining your night vision — and it lets the person facing off against you know precisely where you are. It’s a sacrifice but that’s why if we’re going to go with a flashlight, we actively scan with that flashlight.

Unless you’re really hoping to sneak up on someone, the other person knows you’re there. And if he knows you’re there, standing still simply means giving him a nice silhouette target to line up. You don’t have to move fast but simply keep moving at a steady pace until your inspection is complete.

When transitioning from a corridor to doorway, you don’t have to charge in all at once. A technique recommended by some instructors is to gradually inspect by degrees until you’re able to scan the entirety of the room. This can be a slow process but it keeps you from committing yourself straight into the fight and gives your opponent an opportunity to show himself before being exposed to an outright assault.

As we always say, “practice how you intend to fight.”

Have your significant other fill up a sleeping bag with pillows and leave it somewhere in the house. Using proper technique, find where that stuffed sleeping bag is located. You can use some of the techniques mentioned in this article or just go search your house and then ask yourself,

“if this sleeping bag were a man who had broken into my home and he was armed, would I have walked right into his line of fire?”

And hopefully, that answer will be no.