by Mike Doran
in Articles
4 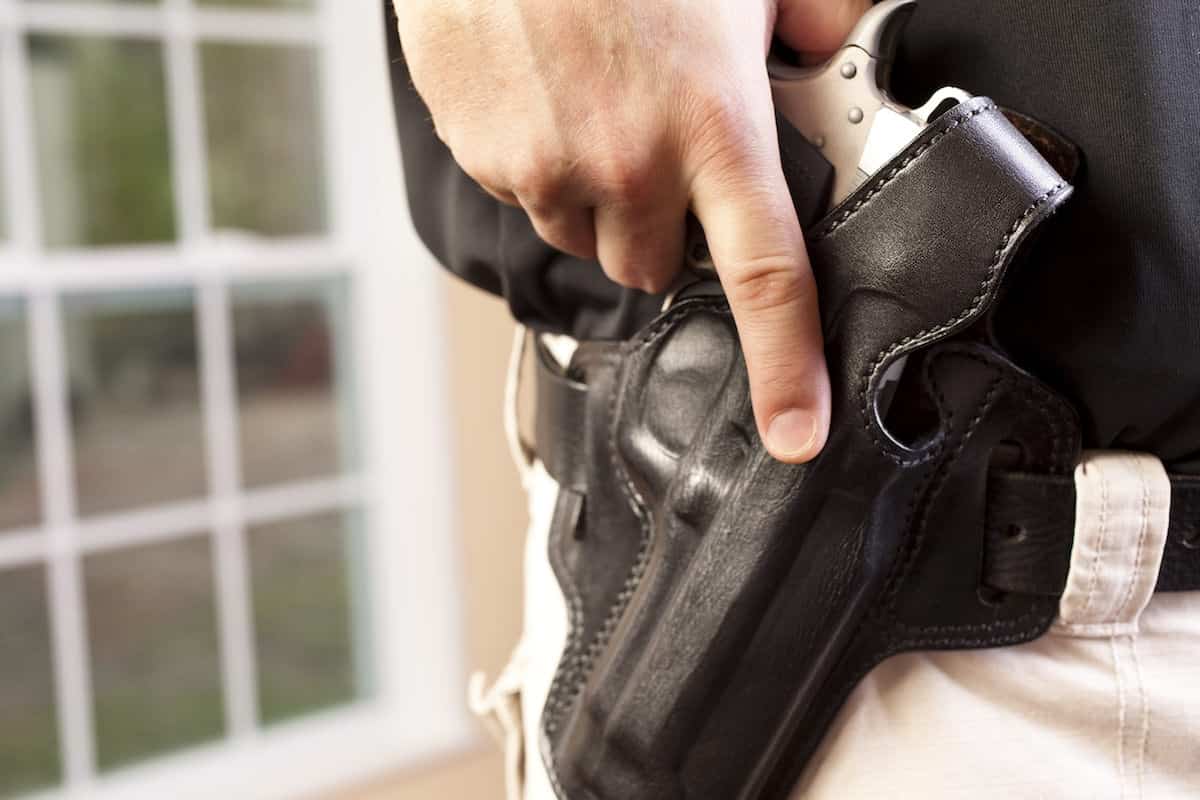 In the wake of this weekend’s police shootings in Baton Rouge, the head of Cleveland’s largest police union is calling on the governor to suspend the open carry of firearms during this week’s Republican National Convention, according to CNN.

The Baton Rouge shootings, in which three officers were killed and at least three more were injured, follow a string of police shootings from around the country.

“We are sending a letter to Gov. Kasich requesting assistance from him. He could very easily do some kind of executive order or something — I don’t care if it’s constitutional or not at this point,” said Stephen Loomis, president of Cleveland Police Patrolmen’s Association in an interview with CNN. “They can fight about it after the RNC or they can lift it after the RNC, but I want him to absolutely outlaw open-carry in Cuyahoga County until this RNC is over.”

Open carry is perfectly legal in Ohio, except in certain restricted areas.

Gov. Kasich responded to the request, saying, “Ohio governors do not have the power to arbitrarily suspend federal and state constitutional rights or state laws as suggested.”

“The governor just can’t automatically just do away with open carry,” she said. “There’s a constitution, there’s statutes, there’s laws and he has to obey those. … I take the police union’s concerns very seriously. But the governor doesn’t have, according to him, the executive power to do that.”

Loomis disagrees, and has a warning for those planning on bringing firearms to the convention: “We are going to be looking very, very hard at anyone who has an open carry,” he said. “An AR-15, a shotgun, multiple handguns. It’s irresponsible of those folks — especially right now — to be coming downtown with open carry AR’s or anything else. I couldn’t care less if it’s legal or not. We are constitutional law enforcement, we love the Constitution, support it and defend it, but you can’t go into a crowded theater and scream fire. And that’s exactly what they’re doing by bringing those guns down there.”

“Nothing has changed because I still feel the same way, our message will still be the same,” Porter said. “We refuse to let anybody who has a simplistic or violent or hateful message stop the type of message that we have been sending out for accountability. Our message is not to go out there and start murdering police officers.”

The New Black Panther Party also plans to openly carry while protesting. Hashim Nzinga, chairman of the group, made that clear in an interview with Reuters.

“If it is an open state to carry, we will exercise our second amendment rights because there are other groups threatening to be there that are threatening to do harm to us,” Nzinga said. “If that state allows us to bear arms, the Panthers and the others who can legally bear arms will bear arms.”

If the union can’t get someone to suspend Constitutional rights for the week, they are at least trying to offer their officers more protection.

“We’re going to be doing things differently (after today’s attack),” Loomis said. “Right now, the chief of police thinks it’s a good idea to have one officer without a car standing at a post in various intersections all around the city? Thirty blocks from downtown? I had a guy last night standing out there by himself without the benefit of protection of a police car. Or partner. That is absolute insanity to me. There is no reason for that. We are going to demand that the police chief — at a minimum — make sure that we have three officers working together, watching each other’s backs.”

What do you think: Is it wise to open carry while protesting in such a heated environment?

Muzzle Discipline & Ready Positions: The Gun was Pointed Directly at Her Face

Muzzle Discipline & Ready Positions: The Gun was Pointed Directly at Her Face