CMP 1911s and the Changing Nature of Surplus/C&R Guns 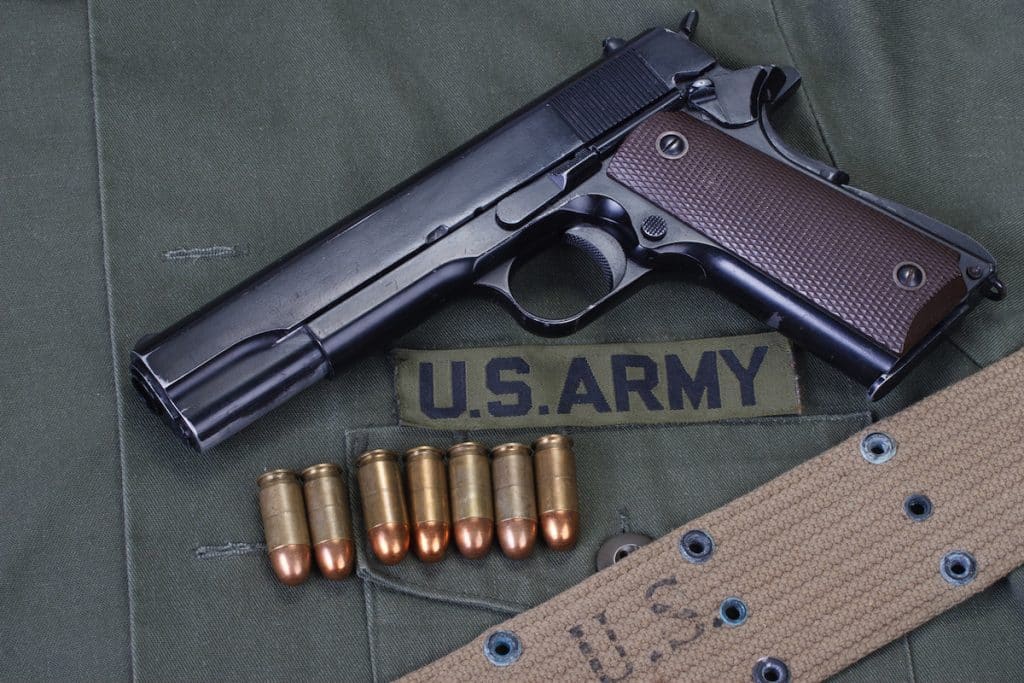 As anyone who watches the news knows, the times they are a-changin’. Our current political situation and the ongoing disaster in Houston aside, there are some big changes unfolding in the world of gun ownership and CCW, particularly when it comes to surplus and C&R eligible guns. A great deal of this centers on the CMP’s announcement that surplus milspec 1911s will soon become available for their program.

The Civilian Marksmanship Program (CMP) was created by the US Congress via charter in 1903, as one component of War Department Appropriations Act. Its goal is reflected in the program’s name: to foster a culture of marksmanship in the United States such that civilians could make use of their shooting skills in military service or for homeland defense if called upon to do so. While the CMP receives no direct financial support from Congress, however they do get allotments of surplus military firearms which they then offer for resale to qualified civilians. Until now, these have been mostly rifles from the Korean War or earlier: 1903 Springfields, M1 Garands, M1 Carbines, and various .22 training rifles or similar airguns. The CMP is a fantastic resource, and one that I wish more shooters would support and utilize.

The news broke back in 2015, when a House bill started the process of putting a new kind of surplus firearm for sale via the CMP. While the US military in the main moved away from the M1911 in 1985 in favor of the M9 Beretta and later a Sig, over 100,000 surplus M1911s remain in storage. After a bit of legal wrangling, those have been approved for release to the CMP. As of now, the transfer of M1911s to the CMP is included in the 2018 National Defense Authorization Act currently under review by Congress. As far as I can tell, this is one of the few instances of a milsurp handgun becoming available through the program, and a key opportunity for American gun owners.

Now, before you get your credit card out, there are a few things to bear in mind.

In addition to these considerations for buyers, this flood of surplus pistols likely reflects a big change for the CMP. The venerable program has been lagging for years, through no fault of their own. Simply put, the stocks and stores of surplus rifles have been drying up, and keeping new stock in inventory has become a challenge. At the time of this writing their website lists a limited selection of M1 Garands and no 1903s, M1917s, or M1 Carbines available. An additional 100,000 surplus M1911s could potentially revitalize the program, keeping it alive as a resource for shooters for years to come.

With the approved replacement of the M9 Beretta with a modified variant of the SIG Sauer P320, we could soon see another influx of surplus handguns, albeit of much more recent manufacture. Adding a Wonder 9mm to the CMP’s lineup would be another big boost for the program—the M9 is a proven design for both daily carry and home defense and accessories, parts, and magazines abound. Combined with 9mm’s overwhelming popularity as a handgun round in the US, this could in turn revive interest in the CMP nationwide.

Handguns are great, but the CMP was established to promote rifle marksmanship—so will the program ever have rifles available again? Well, the answer is a firm “maybe”, with several possible avenues for new surplus long weapons emerging. As the folks at Forgotten Weapons have pointed out, some of the older M16/AR15 rifles are eligible for sale to those of us who hold a C&R license. This is potentially a bit more logistically difficult—some of these weapons would have to be converted to semi-auto only, for example—but they are a potential source of solid, quality rifles for the program. Likewise, the future of the M16/M4 family of weapons currently in military service is in question. The DOD has been making noises for a long time about moving in a different direction, likely via a change of caliber. If so, the CMP might see a flood of milsurp uppers, if not civilianized full weapons, into its stores. If we are especially lucky, surplus parts, magazines, and ammunition might follow.

This would truly be a CMP for the 21st century, and I sincerely hope that this version of the future comes to pass. The good news is that we can help make that happen. I’ve written before about how we should maintain our Second Amendment activism into the Trump years. I would suggest now that supporting the CMP is a critical part of that activism. We need to buy their guns, attend their competitions, and push our representatives in DC to make more firearms available via the program. It’s going to take a bit of work on our part, but no great thing may be accomplished without effort.

Natural Disasters: 5 Tips For Keeping It Cool And Concealed