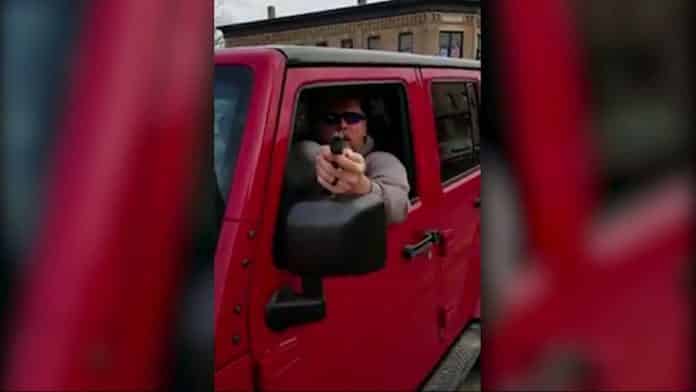 We don’t have details on what started this, but a man with an Illinois Concealed Carry License has been charged with aggravated assault after being caught on camera pointing a gun at another driver during an apparent road rage incident.

41-year-old Brian Schimian can be seen pointing the gun at the man filming and yelling at him to get in the car. He then speeds off when the man tried to record his license plate.

Schimian was also charged with one count of Disorderly Conduct and one count of Reckless Driving. You can read the full media release from the Richmond Police Department here.

We have talked about it before but you shouldn’t be getting into road rage incidents, especially when you are carrying a gun. This is the type of behavior that makes the rest of us lawful concealed carriers look bad. Luckily no one was injured.

For more on this subject read: