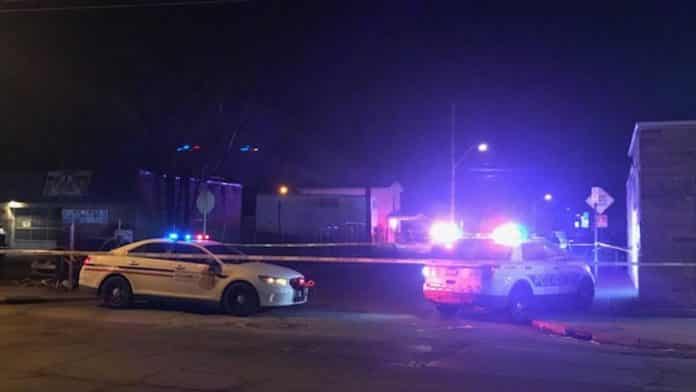 Two older teenagers tried to rob a Columbus, OH man a bit before 7:30 on a recent Tuesday night. The attack happened in a food market in the Linden area when an armed 18-year-old along with a 17-year-old tried to rob a man at gunpoint there.

Police said the older teen pulled a gun on the victim attempting to rob him but the victim, a CCW holder, drew his own gun and they exchanged gunfire. The suspect was critically wounded and taken to a local hospital where he later died. His accomplice was arrested by police and charged with murder. The victim was not injured.

The victim stayed at the scene and apparently cooperated with the police.

This is of course a tragedy all the way around but it is also why so many firearms trainers recommend carrying as often and everywhere you legally can. It’s simply because innocent people don’t get to decide when an attack will happen and so we can never know when we might have to defend ourselves from a deadly force attack.

7:30 in the evening at a local food market wouldn’t normally be considered a high-risk situation and yet that’s when and where this incident occurred.

I’ve said many times before that drawing on a gun that is already out can be a risky move and in this case, it resulted in an exchange of gunfire. While we don’t know the exact circumstances, anytime someone is shooting at you there is a chance you could get hit and you could end up losing the fight. Only you can decide the best course of action to defend yourself in a situation like this. Just be sure of your skills and know your limitations so you don’t attempt something that’s beyond your ability.