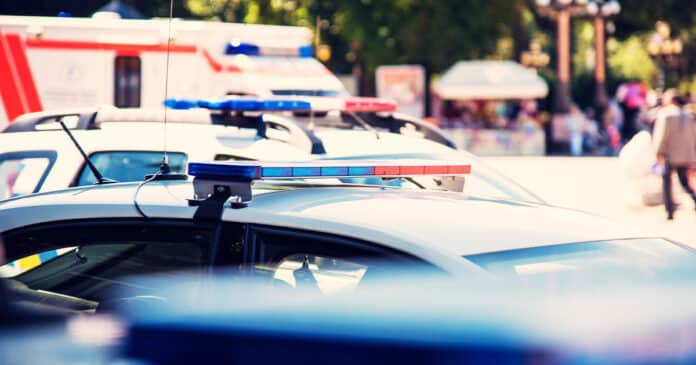 Bad things happen in good places. We see this all the time. This story took place in what is supposedly the #1 City to Raise a Family and the #3 City to Live in America, Naperville, IL.

Around 5:39 PM on May 15, two men walked up to a restaurant when they noticed another man, Giovanni Portillo, watching them. Allegedly, the two men and Portillo were from rival gangs. Portillo raised a gun and fired 10 shots at the men hitting one in the lower torso and hand as the two men approached.

At some point during the shooting, a concealed carrier fired at Portillo. He wound up fleeing the scene and would be arrested three days later. The man who was shot was treated at the hospital for non-life-threatening wounds.

We won’t know if the shot(s) from the concealed carrier caused Portillo to flee, but I would think that’s a safe bet. We talk about it a lot, but you have to know when you will involve yourself in a situation as a concealed carrier. I won’t say whether this concealed carrier was right or wrong. He decided to draw his gun and fire on the shooter. That decision very well could have saved other people’s lives, be it the two men that Portillo was targeting or innocent bystanders.

It should be noted that Portillo was not hit, so where did his rounds go? Police reported that gunshots hit a nearby car that had a person in it. It would have been very tragic if the concealed carrier’s shots had wounded an innocent bystander. Are you willing to risk all of that by getting yourself involved in some “gang beef?” I know I’m not.