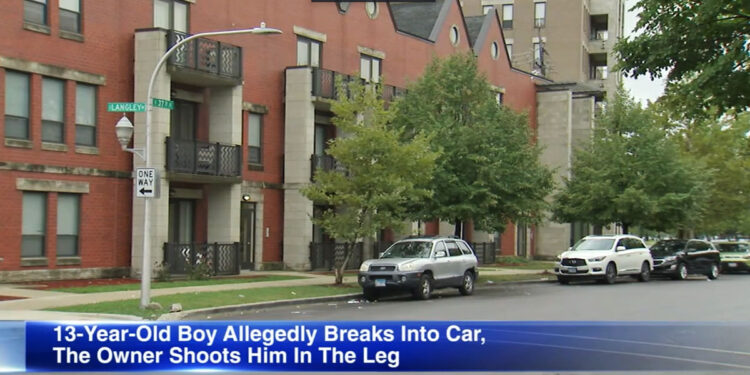 This past Sunday, a 13-year-old boy was taken to the hospital after being shot while breaking into a car in Chicago, IL.

Around 2:30 PM, the owner of a Kia saw someone attempting to break into the car. The details are scarce, but the media reports that the owner confronted the teen and shot him in the leg.

The teen was taken to the hospital and was questioned by the police. The police also recovered a weapon from the 13-year-old as well as the handgun that the man used, who also has an Illinois concealed carry permit.

Without more details, we don’t really know exactly what happened here. We often talk about not using a firearm to protect personal property. I know Texas has a law that allows it in some situations, but it is generally just a bad idea. But the fact that the police recovered a weapon from the 13-year-old could make this a justified self-defense shooting. What if the owner confronted the suspect, who then pulled a knife or gun on the owner? Then he could have feared for his life and been justified in shooting the suspect.

We often don’t get reports of the outcomes of these incidents, but I will keep my eye open and update this post if we get more information on what transpired.

It’s really easy. Break the Law and get shot. Don’t whine about it later.