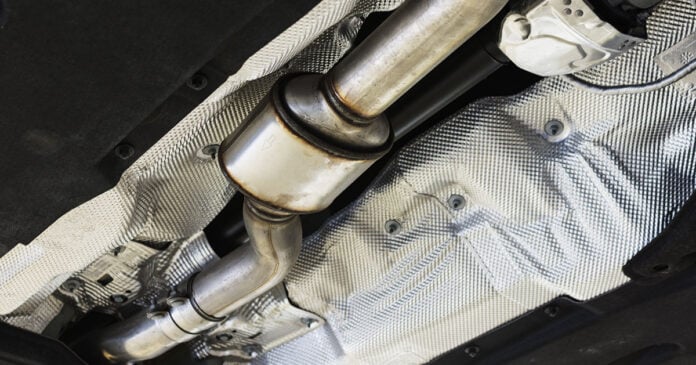 I guess illegal possession of a firearm when you are a felon isn’t enough to get locked back up in Illinois. If so, maybe a law-abiding citizen wouldn’t have been shot at yesterday and wouldn’t have had to take someone’s life.

Last last night, a Chicago man was sitting on his porch when he heard a loud noise that came from the street. When he investigated the noise, he found two men underneath a car trying to steal the catalytic converter.

Both suspects were armed and fired at the man that caught them. But he had an Illinois Concealed Carry License and, as all concealed carriers should be, was carrying at the time. He drew his concealed carry gun, returned fire, and hit one of the suspects in the neck.

The wounded suspect died on the scene, and the other got away in a getaway car.

I’d have to say that investigating loud noises in the middle of the night by yourself probably isn’t the best idea. The concealed carrier came out on top this time, but he was outnumbered and outgunned. This easily could have turned into a tragic incident for the good guy.

What’s worse is the suspect that died on the scene probably should have been locked up in jail. He was out on parole and, just two months prior, was arrested for illegally possessing a firearm. It seems that state officials didn’t seem to find this parole violation that big of a deal, or else he would have been locked up again. So what happens? He’s back on the street two months later, illegally carrying a firearm…again, stealing catalytic converter and shooting at law-abiding citizens when caught.