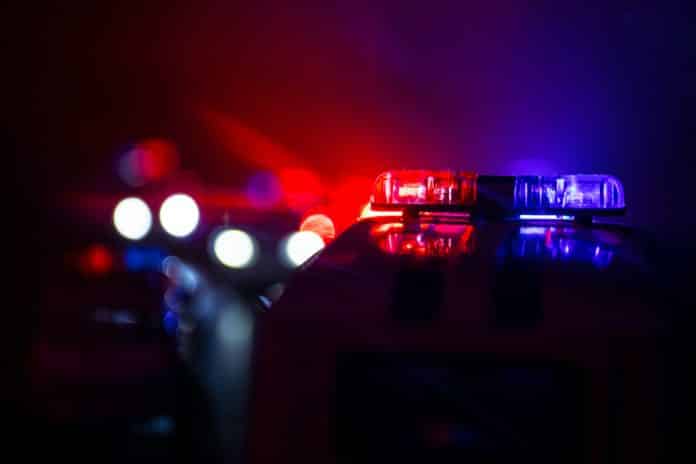 There are crimes of opportunity where someone is just in the wrong place at the wrong time. It’s possible to avoid those by using good situational awareness and staying out of potentially bad places.

There are crimes of passion where heated emotions boil over and result in a poorly if at all, plan of attack. These can happen suddenly, but there may be warning signs.

Then there are cold-blooded premeditated, well thought out ambush type attacks like the one that happened outside of a Buffalo Wild Wings in Pennsylvania.

A man and a woman saying good night in an embrace likely totally focused on each other in the parking lot. They are then caught completely off guard by a man who pulls up in a pickup truck, jumps out, and, apparently without a word, opens fire. First on the woman and then on the man, killing them both.

As he is returning to his truck, the attacker is fired upon by a licensed concealed carrier, who was waiting to be seated at the same restaurant. The armed citizen hit him three or four times putting him down in critical condition.

Turns out that the woman had a protection order filed against her attacker and he was soon scheduled to appear before a court regarding that order. Undeterred by that order, or perhaps engaged and provoked by it, he set out a plan to murder the woman.

To that end, he acquired a handgun though he was already prohibited from possessing one. He put a GPS tracking device on the woman’s car to track her movements. He even wrote a letter to police, found in his truck, detailing his plans to murder the woman. The district attorney said there was evidence that he planned to take his own life.

The stalker has so far survived his injuries and faces a long list of felony charges. The two first degree murder charges alone will give him the rest of his life to reconsider his decisions that night.

The concealed carrier that fired on the attacker wasn’t immediately facing any charges. It’s unlikely that there would have been any way that he could have known that this was a specifically targeted attack. So it would be reasonable to assume that he was acting to stop a dangerous fleeing felon. There is always a legal and physical risk involved when using deadly force to intervene in an attack that is not directed at you. Meaning, that you yourself were not specifically facing a deadly force attack. But in this case his actions would seem to be more than justified. Let’s hope local officials agree.

So how does one defend against such evil?

I suppose it starts with taking the threat of someone with a protection order against them seriously. I’m not suggesting this couple didn’t and I’m not laying any blame on them for this but let’s try to learn something if possible. And also, taking whatever precautions that are possible as soon as possible.

That would start with heightened situational awareness and being prepared with whatever self-defense weapon is available. Keeping a somewhat lower profile could help if it can reduce the opportunities for the attacker. This isn’t a long term solution but it could give authorities more time to work on your behalf. Unfortunately, as we’ve seen too many times, a protection order is just a piece of paper and affords no real protection whatsoever. It just adds additional penalties for violating it. Not much of a deterrent to someone who intends to take their own life or isn’t considering life in prison an issue.

Buffalo Wild Wings is a Bans Guns business so avoiding those might be a good idea. Apparently our Good Samaritan concealed carrier was ignoring the sign that night.

Even if both the man and woman had been armed that night, responding to an ambush attack like this is very difficult for even the best of us. But at least it could have given them a chance. As it was, they were both completely helpless and our Good Samaritan just wasn’t able to respond fast enough.

This is why we have the 2nd Amendment and why every citizen of this country, that is not otherwise prohibited, should be allowed to carry a firearm for self-defense if they are willing to go through the training necessary for them to be able to do so safely.