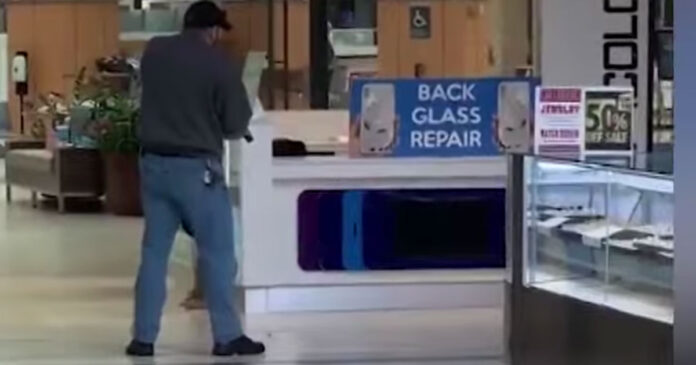 We talk a lot about “knowing your mission” and deciding beforehand who you are willing to protect and defense when carrying concealed. One Pennsylvania concealed carrier already had a plan when he was in a store in a mall and heard gunshots this past Sunday.

The incident started when a 16-year-old got into a fight with another person. The 16-year-old pulled a gun, and a struggle between the two ensued. An unknown amount of other people joined the fight over the gun, and that’s when gunshots were fired, and one of the suspects was hit. One more gunshot was fired after another individual joined the fight.

An armed citizen heard the gunshots while in another store. He decided to draw his concealed carry gun and decided to engage the shooter. He hit the suspect, who then fell to the ground, which ended the fight. The man being hailed as a hero stayed on the scene until the police arrived and cooperated with the police. He was interviewed and then released.

In total, there were four people wounded during the incident. Luckily, no one had life-threatening injuries, especially the innocent bystander that was walking with her family and was struck in the arm. The 16-year-old and two other suspects were also wounded during the fight.

So as I mentioned, this concealed carrier “knew his mission,” and he decided he was going to defend himself and others in the mall. I was about to find two videos of the incident. The first one shows someone getting shot and going to the ground. I will assume this was when the armed citizen shot the 16-year-old because the one who goes to the ground can be seen holding a gun. According to the police, only one of the suspects had a gun.

There’s also the video below that shows the armed citizen holding the suspects at gunpoint until a plainclothes police officer arrives on the scene and tells him to holster his gun.

The will be an investigation into the incident to decide if the armed citizen was justified or not. But I’ll go out on a limb here and say that yes, he was justified. You have the right to use your firearm in self-defense of others, and this seems to be a clear-cut case of just that.