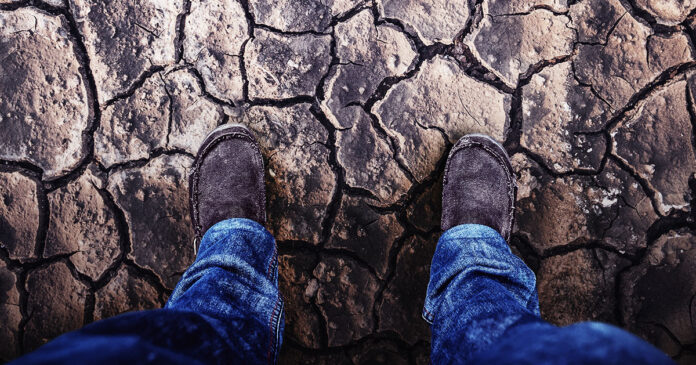 While the mainstream media is a lost cause with an agenda that is clear to anyone paying attention, the primary concern of this author lies with the masses of concealed carriers who do not understand what Stand Your Ground actually means. Many seem to think that these laws grant the individual the right to defend themselves while states without them deny you the ability to do so. This is an absolute misunderstanding of the clause. To make things simple, I will explain to you why your state’s adoption of Stand Your Ground, or lack thereof, should have nothing to do with your behavior in a self-defense incident. You should always behave as if there is no Stand Your Ground law in place.

What Does Stand Your Ground Law Do?

Essentially, Stand Your Ground removes the obligation to retreat from danger if you are in a place that you have the legal right to be.

So, for example, let’s presume you are standing in line at a ticket booth to buy tickets to enter the aquarium and an aggressive person hits you up for money. The panhandler becomes angry at your response, whatever that may be, and declares that he is going to get his machete to deal with you. The individual walks away and returns within a minute, standing across the parking lot, waving a machete around, screaming at you. At that very moment, perhaps you can safely retreat to your vehicle and leave, as you would have enough time to do so. Well, in a Stand Your Ground state you are not obligated to retreat from the situation even if you can. You have the legal right to be standing in line for your ticket, so there is no legal requirement to retreat. In a state without Stand Your Ground, if you can reasonably and safely remove yourself from the environment, you are required to do so.

Therefore, how should the self-defender conduct themselves accordingly? Maybe you are out-of-state and failed to research the state law of where you are. Does the state have Stand Your Ground Law or does it not? How should you act? Simple:

Regardless of the state law, always retreat if it is safe to do so.

It is that simple. Now, for all the chest-thumpers who find the suggestion to actually retreat from a confrontation distasteful, I urge you to consider the political climate of the nation in many areas. Just because you live in, or currently stand in, a state with Stand Your Ground Law on the books does not mean that you are currently standing in a district that respects the right of the individual to defend themselves. Remember, even California has some form of Stand Your Ground. Is that particular state known for being Second Amendment friendly, or friendly to individual liberty?

Even though Stand Your Ground technically lifts the obligation to retreat, it does not grant some magical protection against a politically motivated prosecutor who hates law-abiding gun owners. A prosecutor can, regardless of Stand Your Ground Law, make a mountain out of the fact that you failed to remove yourself from the confrontation if it was possible to do so. They will argue that such a failure clearly shows that you are a reckless, bloodthirsty individual who was just waiting for the opportunity to shoot someone and you finally found the chance to do so; rather than remove yourself from the confrontation, you chose to stay, just hoping it would turn violent so you could start shooting. Make no mistake, a leftist prosecutor will do just that. By at least attempting to retreat from a situation, if that is an available option, you strengthen the fact that you were the self-defender and not an aggressor.

By sticking to a duty to retreat you arm yourself further for your legal defense following a lethal force encounter. Remember that, even in states without Stand Your Ground Law, you are only obligated to retreat if doing so can be accomplished without putting yourself in further danger. For example, if you are in a public restroom with only a single entry/exit, and a maniac stands in the doorway, waiving an ax around and yelling that he is going to kill you, you are in no way obligated to try and get past the threat to retreat. However, back to our example of the threat waiving a machete around from across the parking lot, in a situation where you have the time to get in your vehicle and leave, you would be obligated to leave. Therefore, what is the downside to always retreating from the threat, if possible to do so, safely? I would argue that retreat should always be made if you and your loved ones with you can safely extricate.

Realize that we are not discussing the interdiction of an active killer who is massacring innocent people; I am not urging you to retreat from that and abandon innocent lives if you have the ability to stop such an attack. Rather, a threat directed at you, individually, should be retreated if you can do so safely. The more common forms of assault fall into this category; road rage, heated arguments, fights in a parking lot, etc…, Retreat from such nonsense if possible.

While the legal ramifications of retreat, or failure to do so, have been the focus of this article, I also remind the reader that in a self-defense situation that requires a lethal response you will live with the fact that you were forced to take a life. As a concealed carrier that possible outcome should be understood and accepted, but why would you want to end a life if at all possible to avoid doing so? If you can walk away safely, why would you not, regardless of Stand Your Ground or lack thereof in your particular state?

If you can do so safely, retreat from danger.

Making a safe retreat not only deescalates the situation, it saves you tens or hundreds of thousands of dollars in legal fees from the inevitable civil suit, even if you don’t run afoul of a zealous prosecutor. It also removes the possibility of innocent people getting hurt as a result of your fight (because you didn’t have one).