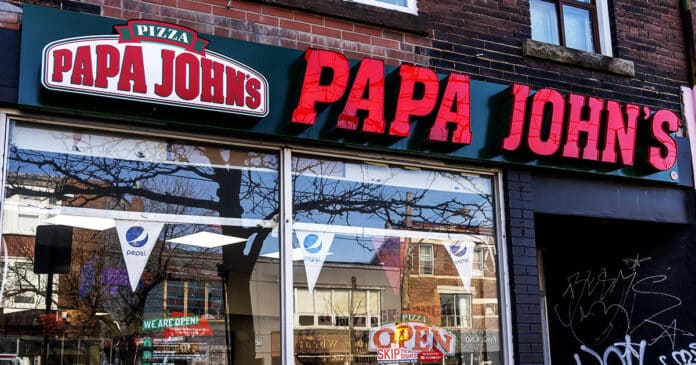 An Ohio Papa John’s pizza restaurant was the target of a couple of armed robbers about 11:00 PM on a recent Sunday.

The 911 caller was recorded as saying:

“They came running in with weapons and tried to rob us. One’s shot and wounded on the floor, one of them ran out. They had weapons, the one had a big crowbar and the other one looked like a knife and they were sprinting toward us.”

Someone within the store, reportedly a CCW permit holder, fired on the pair hitting and killing one. The other got away and remains at large. The suspect that was killed was just 21-years-old.

No one was immediately charged in the case.

All too often, one of the prime times for criminals to plan a robbery is at or near closing time. Employees are busy getting the day wrapped up and the store will be more likely to be empty of customers/witnesses. This means that closing time is not the time to let your situational awareness guard down.

The 911 call records that the suspects came running in meaning that there likely wasn’t much time to respond to the attack. For those that like to keep their defensive gun under the counter, you might want to rethink that and come up with a way to carry concealed on your body so it’s always within easy reach.