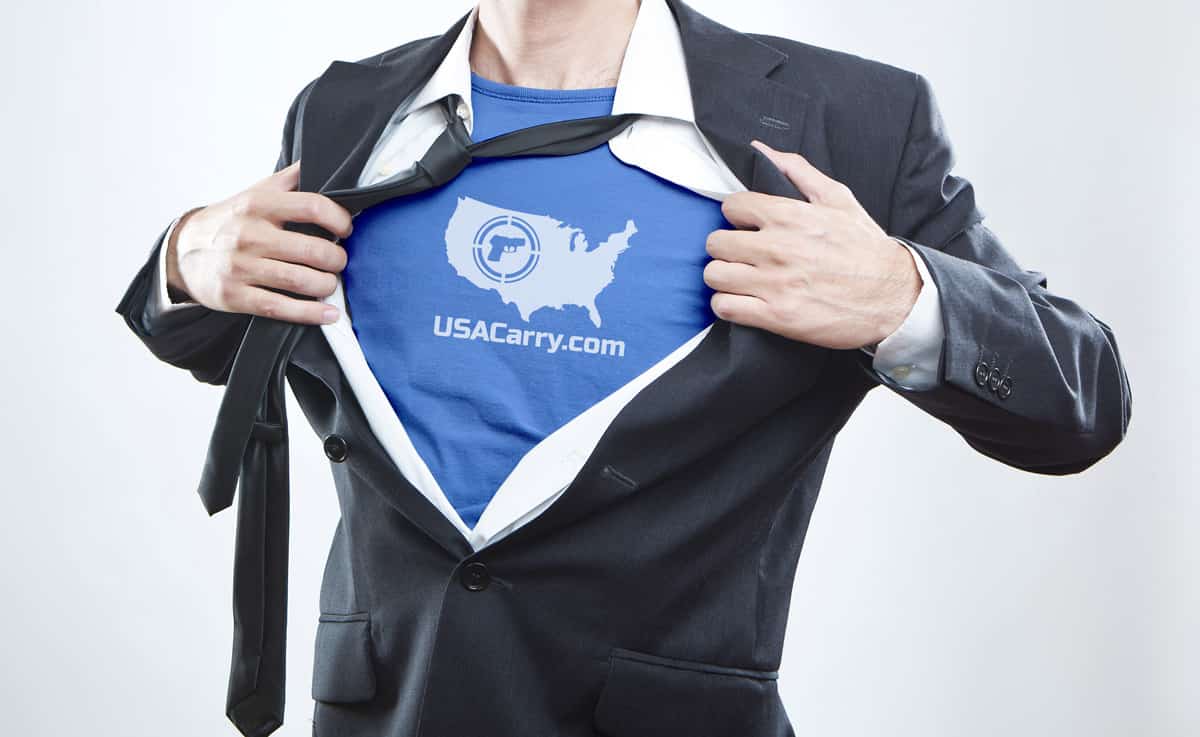 There’s one term that comes up over and over again when we run into case examples of concealed carriers responding to a violent threat: justification of the use of deadly force. A gun is immediately deadly force. As concealed carriers, we’re just Plain Jane or Joe citizens. We’re not sworn officers of the law and it’s not our job to involve ourselves in crime fighting. In some states, like Massachusetts, you can get in legal hot water for inserting yourself and your concealed carry handgun into a fight. In other states, like Arizona, you’re legally allowed to use deadly force to stop someone from committing a violent felony.

So, where do we draw the line?

Well, that’s a shady yes and no. By default, if you’re defending your life from a violent attempt on yourself, your family, or your property, you are responding to a crime being committed against you. If you see someone having violence committed against him and you intercede on his or her behalf, you’re walking into a gray area that changes depending upon:

In general, the series of questions you have to answer before you jump into a confrontation is:

If you see someone shoplifting an entire rack of beer from the local supermarket, that is not justification for the use of deadly force. It’s not even justification to reveal that you have a handgun. Just ask the women who fired shots at a feeling shoplifter last year. Just like if you see two people about to swing fists outside a bar at 3 a.m., you’re not responsible for those people’s decisions or actions and there are sworn officers of the law who will respond accordingly.

Where we get into some real gray areas is if you see someone’s (unoccupied) car being broken into. This is a hard one. You may think you have the perfect tool for the job – and you do. It’s called your cell phone. Take pictures, call 911. You have the power to help law enforcement do their job, but for non-violent felonies involving not your property, that concealed carry permit isn’t a license to thrill.

Your state may have ‘Stand Your Ground’ laws (or equivalent) on the books. Stand Your Ground roughly summarizes to – if you’re in a place you have a right to be and you’re not committing any crime, you don’t have to back down from a violent threat. This series of laws does not exist in every single state and the ones who do have those laws don’t always match up. This is the domain of attorneys and court rooms – a place you don’t want to be unless you have to be.

When encountering a ‘gray’ situation where you’re unsure about the application of potentially deadly force, de-escalate. If the situation can be resolved with no violence, always opt for that approach. Let the police do their job and we can stick with what we do best: protecting ourselves, those we love, and our property.

It’s always best to avoid trouble at all costs.

Most everyone suffers from spectator syndrome these days. My wife will not allow me to be anything less than the man that will stand against evil and protect the weak from criminals.

And you may be a fool as well. There’s a line that has to be crossed for me to act and I never fancied myself as someone that has to stand against evil and protect the weak. The pay sucks and if I get hurt, it’s going to cost me plenty. If I can truly help, I will, but there are a set of parameters that must be met. In other words, with your attitude, you are a super hero looking to save people. That’s a dangerous thing. On the other hand, with a set of rules of engagement that I have, if I do act there will be no doubt as to whether or not I should have.

I don’t need to know about your level of cowardice. The police in my neighborhood encourage me to act and have told me that they WILL have my back legally. It is called taking initiative and acting as a responsible law-abiding citizen.

I’m surprised that defending another (total stranger) from a life threatening encounter was not brought up.
You witness someone being robbed at gunpoint – what are you going to do? It isn’t you or one of your loved ones, but clearly is life threatening to that individual (ie has a gun pointed at them).

Becoming a vigilante isn’t covered by the good samaritan law.

In my perspective, if I’m in a common situation where the robbers say “everybody stay calm and no one will get hurt”, I’m going to keep my mouth shut and comply. But, if they start handcuffing or zip-tying people, and/or are rounding up people and forcing them to the back of the store, or the storeroom or freezer, those are signs that a Mafia-style mass execution is the next likely thing that’s going to happen. At that point, I’ll take my best opportunity to take out the bad guys.

The problem is that, while it’s a very good idea to have in your mind just where you’d draw the line, every one of those situations is different. You still need to be mentally active, and constantly judging the situation. I was carjacked and abducted in 1969, long before “carjacking” was a word. I survived that by seizing on a moment when my would-be abductor got confused and jumping out to flee. While we were stopped to change drivers because I couldn’t drive as fast as he wanted and he wanted to drive, I stopped in the middle of a twisty Appalachian road – he could have the car, or he could have me, but not both. Meanwhile I was busting right through the middle of a big blackberry thicket that lined the road there, and I didn’t figure he’d follow since I was wearing a heavy jacket and he had on just a shirt. It worked.

Do I wish I’d had a gun, and could have shot him earlier. Absolutely, solely because I didn’t know what he was planning; I just knew it was all bad, as he kept telling me that he wasn’t sure whether he was going to kill me with the Ka-Bar he had pressed against my side. Anyway, I managed to get out of it with only a bunch of deep thorn scratches, and he being barely underage got 2 years in Juvy. After he got out he ran over a deputy with a motorcycle, breaking both of the deputies legs among other injuries. He’s barely managed to stay out of prison as a permanent home. Even his own brother said “Lee, he’s just bad blood and dangerous”.

It would have been a service to the area if I’d had a gun and had taken him out as soon as I got an opportunity, But, you know what? That’s not my job. My job is to survive, and if need be help others to survive. I’m not judge, juror of executioner, and I don’t want to be. I just want to live in peace.

I remember than experience almost every time I put a holstered gun behind my belt. Know the law, know your place in society, and hope you never, ever, have to use that carry gun.

If they are brandishing weapons to get people to comply, just because they say “everyone stay calm and no one gets hurt” is immaterial. Their weapons are an implicit threat.
You’d comply until they start zip tying people, and then act? You might be the first one zip tied. It’s a little late now.
No, if they’re waving weapons around, it’s time to act.

And just how do you decide when the moment has arrived? Have you ever been through such a circumstance, or are you just armchair jockeying right now? Given perfect foreknowledge and perfect insight, I might be able to make that call from here … providing that people don’t act like people often do and do something impulsive, foolish, and/or patently stupid. I was just saying that, as a general plan, I’m not going to turn a fairly peaceful robbery into a gunfight if I believe that the former is the situation at hand.

Good article. I live in Arizona and this is a stand your ground state. That being said, it is always better to avoid conflict if possible. Even in a stand your ground state, there are rules of engagement. Know the law. Best thing to remember is once you fire a weapon, you own that bullet. Where ever it goes, your name is on it. Pulling a weapon should always be your last resort. Carry responsibly. Peace

Hardly. The solid answer is YES. Granted, private citizens are NOT sworn Police Officers. But each time a citizen justifiably uses a firearm to defend him/herself from a criminal threat of deadly force, there is a positive externality that is created. That externality is that criminals must properly consider their victims before engaging them in a deadly attack. It is universally agreed upon that victims are chosen by their perceived vulnerability. Placing an attacker off guard for fear of being shot is “crime fighting”. Simply going about our lives and excerising the citizens right to keep and bear arms while picking up kids, grocery shopping or going to the movies is passive crime fighting when we are armed.