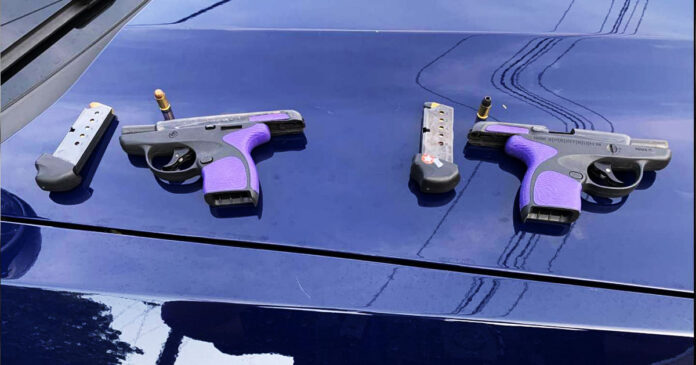 A man and woman shot at another man and woman’s tire after a road rage incident between the two became physical.

According to investigators, the incident in West Seattle began with a windows-down argument due to a merging conflict south onto SR 99.

The two that shot at the other car were driving a Honda. The other pair was driving a Subaru. The Subaru driver is said to have spat onto the female passenger in the Honda. The road rage continued up to a stoplight at which the Honda pair got out of their vehicle and started banging on the Subaru’s windows. The Honda driver then allegedly punched the Subaru driver when their window was open.

The Subaru, then trying to escape, hit the Honda and allegedly the driver as well. That is when the Honda driver and passenger pulled their firearms and shot at the Subaru, puncturing one of its tires. The Subaru driver claims they were driving away when shots were fired.

Police have stated the Honda driver and passenger are licensed concealed carriers, and they turned in their weapons as evidence.

Surely any driver has experienced some conflict on the road that at least had them questioning someone’s stupidity. Still, road rage is never a safe thing to act on as it puts many innocent people at risk of injury, and the Honda pair getting out to confront the Subaru pair was not a smart thing to do.

Now, would the couple in the Honda be justified in shooting out the Subaru’s tires if they were struck? That’s very hard to say especially since they seem to have instigated the attack when they got out of their vehicle.

There are many different factors to consider until the investigation reveals the true sequence of events. Still, the main takeaway is not to let something preventable occur, most notably as a concealed carrier.

Great, this pair of idiots give us all a bad name.