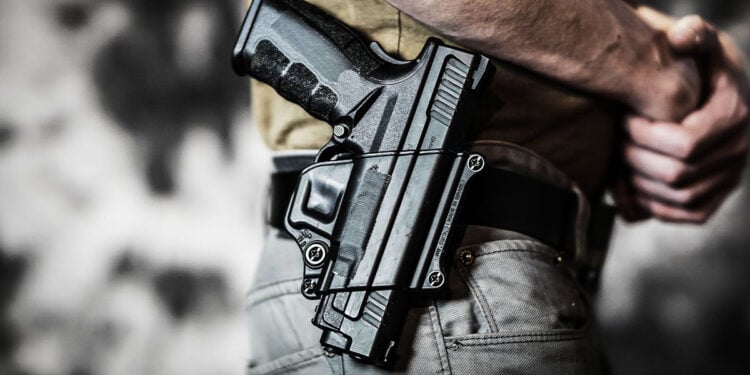 The Open Carry with Training law in South Carolina has not garnered much substance with most gun carriers staying concealed.

Chuck McLendon, a firearms instructor at South Carolina Concealed Weapons Center, has over 25 years of law enforcement experience and states instructors are required to teach new topics in their classes regarding the new law.

Included in the additional topics are retention holsters and a proper defense against someone trying to steal the firearm on your person.

McLendon talks more about the confusion of the open carry law, as well as most concealed carriers choosing to stay concealed.

“They’re under the impression that because now that we have an open carry law, they no longer have to have a permit. I have explained to them, you need to read that law because that law plainly states you must have a permit,” said McLendon.

Most holders are choosing to stay concealed due to the idea of not letting other people they are carrying in the first place, and McLendon encourages concealment.

“With the gun out in the open, you’ll be concerned about it for the first three of four months. As time goes on, you get used to it being there, and you kind of get used to it and become complacent and you forget about it. Then you are reaching up in the store to grab something and someone snatches your gun from you.”

McLendon also asks for people to be patient as there has still been a learning curve with the new law regarding instructors as well as law enforcement. He also mentions the need for people to be knowledgeable on traveling with a firearm as they differ in each state, and also look out for businesses with signs posted not allowing firearms.