Strategies for Concealed Carry While Driving 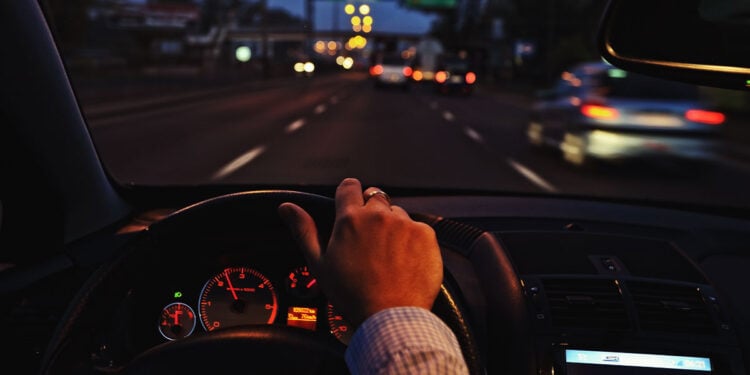 The average American spends more time in their vehicle than almost any other environment, save the home and perhaps the office. The amount of time spent in the car daily measures in the hours rather than in minutes. For those who carry a concealed handgun most of the time, the vehicle poses a unique challenge. While seated in the driver’s seat of your car, you are in a seated position, obviously, but you are also more confined by space than in almost any other environment you frequent. The carried pistol can pose issues in comfort while in the car, and our ability to access and deploy the gun can be significantly encumbered. Here are some considerations:

Taking the Gun off While Driving is Not the Best Strategy

The seemingly obvious solution to comfort or access issues while in the vehicle is to remove the gun from your person and stow it somewhere in the car itself. A center console, a glove compartment, or a specifically installed gun safe is frequently used for this task. There are even products on the market designed explicitly as vehicle holsters, essentially a gun holster that attaches to some point of the car’s interior.

There is an overriding downside to removing the gun from your person while driving, and that is the fact that you are now separated from the gun. Comfort may undoubtedly be improved by removing the gun from your body. Access may be better depending on how you carry it, but removing the firearm from your person takes it out of your immediate control. There is a possibility that you might need to deploy the gun in a defensive capacity while in the driver’s seat, and the gun might be in an accessible location while in the car, but what happens if you need to exit the vehicle quickly?

If attacked while in your car, the best strategy is often to drive away as fast as possible. However, what if you are assaulted while your vehicle is not mobile, such as stuck in gridlock traffic? A violent attack may force you to evacuate the car quickly. If this proves the best strategy, you will need to retrieve the gun from the storage location before exiting the vehicle or end up in a violent situation outside of the vehicle, unarmed. In stressful situations, it is easy to make the mistake of hastily exiting without arming yourself first.

Also, consider what circumstances may arise that require you to exit the car in an emergency that may not start as a violent assault. If you pull up to what appears to be an accident and get out of the vehicle to investigate or assist, there is a good chance that you will forget to put the gun back on your person before doing so. In turn, you might stumble onto something that turns out not to be a mundane car accident but something sinister that you now face unarmed. The likelihood of exiting the vehicle without re-arming is high, and the best way to mitigate this possibility is to wear a gun while in the vehicle.

Disarming and Re-arming in Public Should be Avoided

Taking your gun off when you get in the car requires you to, essentially, disarm every time you get in. In turn, you need to re-arm when exiting the vehicle. Doing this throughout the day, every time you get in and out of the vehicle introduces two heightened risks. First, the ever-present risk that you forget to put the gun back on. Second, the increased administrative handing of the gun in public makes a negligent discharge more likely, as well as the possibility that someone will see you handling the gun and panic, calling authorities, or reacting in some other way. The less you must handle the gun while outside of the home, the better. Ideally, a concealed handgun should go in the holster and on your person and remain there until it comes off at some point when you dis-arm at home.

The Safe Space: Minimize the Chance of Negligent Discharge

If you must disarm and re-arm in the vehicle, then do so wisely. I strongly oppose the idea of taking the gun off in the car while you drive, but you may need to take it off to enter a restricted area. If so, consider using a holster that allows you to remove the entire holster/gun combination from the belt so that you need not handle the gun out of the holster. This makes the chances of a negligent discharge far less likely.

Ideally, the gun should stay on the person while in the car. Therefore, how can you mitigate comfort and access issues? First, consider where you carry your gun. A pistol carried on strong side hip will be harder to draw while seated in the vehicle than one carried appendix. A gun carried behind the hip will be harder still. A pocket carried gun can be pretty difficult to draw while sitting in a car. An ankle-carried gun may prove ideal while seated in the car but far from ideal while out of the vehicle.

All carry modes have advantages and disadvantages, but I would propose that your ability to access the gun while in the vehicle should factor into your decision in how you carry, especially if you spend a lot of time in the vehicle. Easier and faster access and deployment while seated is a substantial reason for my own choice of appendix carry. If appendix carry is not for you, consider how you would draw your gun from your carry mode while in the driver’s seat. A gun on strong-side hip should be fairly accessible with practice. Typically, leaning forward while reaching for the gun aids in this draw process.

Practicing your draw stroke from the seated position behind the steering wheel is in order. The time to learn what deficiencies may exist in this ability is not when facing violence. Experiment with your ability to deploy the gun from the driver’s seat with an inert training gun, preferably somewhere unseen by nosey people. Leaning forward to clear the gun from the seat is typically the technique that works for drawing the gun from strong side. The seat belt may well obstruct your draw stroke, so find this out in advance. When drawing, be sure you do not flag your legs on the presentation. If you carry in the appendix position, you will want to spread your legs wide when drawing the gun so that it can come out of the holster and be pushed straight out in presentation and not point at your thighs.

Consider the gun and holster combination you use and how that will influence your comfort while seated in the car. A larger gun with a full-size grip is likely to press against the seat more than a compact gun when carried strong side. In turn, the gun will push against the seat and put pressure on your side and back. A holster with a slight cant forward can help here, or perhaps wearing the gun further forward on the side of the hip. Experimentation is in order.

In conclusion, I urge you to consider wearing your gun while in the vehicle at all times possible. An adjustment to what or how you carry might be in order, but by wearing the gun rather than removing it from our person, we mitigate many of the potential complications from taking the gun off and putting it back on throughout the day.