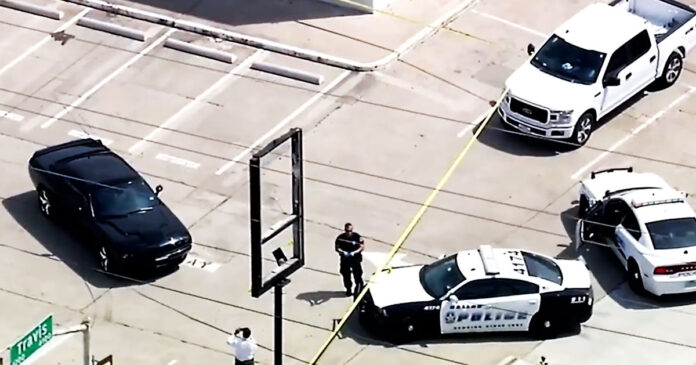 We report on many defensive gun use stories here. Many of them could have been avoided simply by not confronting the other party. That includes going outside to investigate a noise. Or, like this story, tracking down a car thief yourself instead of calling the police.

A Dallas man had his car stolen on Tuesday earlier this week. He was able to track and locate the vehicle, which he found parked outside of a restaurant.

Yea, I know that is a run-on sentence, but it gets the point across. The man could have avoided this conflict if he had just let the police handle it. Would he have gotten the result he wanted? Maybe. Maybe not. But he wouldn’t have had to shoot and kill someone in self-defense. That is something he will have to live with now. He will also have to deal with whatever legal issues that may come his way.

Always avoid conflict and de-escalate. The good guy won the fight here, but I’d rather not be in a fight in the first place. Especially over a stolen car that you have insurance on.

I just saw a lady get her stolen car back. She located it 4 times. 3 times the Police couldn’t show up before car thief drove away. (Dispatch ordered her not to follow as he might notice her, wreck car). So 4th time she disabled her car, restrained car thief until Police arrived. Dang lucky girl.

The author is right, but I don’t feel bad for the perp.

You dont know that he had insurance to cover theft nor what wlse that car might mean to him.
We cant wait on the police ( nor any other government official) to take care of us.
This guy is a hero and we all owe him thanks for making us safer.