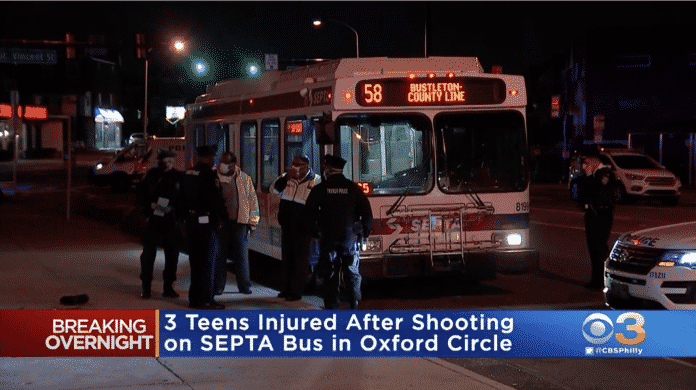 A man riding a SEPTA bus in Philadelphia told police that he shot three teens in self-defense after they attacked him. Apparently the three teens approached the 24-year-old man in the back of the bus. They got into some type of physical altercation and the man then shot each of the teens. All three were transported to a hospital in stable condition with gunshots to their legs.

The permit holder cooperated with police and was taken in for further questioning. There were approximately three other people on the bus that were not involved but were also taken in as witnesses.

Hopefully, this permit holder obtained legal counsel before he answered detailed questions or gave a formal statement to detectives.

While a three on one attack against someone trapped in the back of a bus could certainly qualify as a deadly force attack given the disparity of force that would have been possible, I suspect the outcome of this one will hang very much on the testimony of the other riders on the bus at the time of the attack. That and whether the man’s own testimony lines up with the other witnesses.

Let’s see if we can sort this one out. The teens approached the man so it appears they initiated the attack though any words between them before it actually started, if any, could taint that. Three on one should give him reason to believe his life could be in danger whether they had weapons or not. He’s trapped on a bus so he cannot flee the fight. The initial report showed he fired only three shots at three attackers and then ceased fire so he stopped when the attack stopped. Appears like he did everything right.

There was no report of any video of the incident so, again, the perceptions of the other witnesses may very well determine if the permit holder will face any charges. It’s not only important that you are innocent but also that you look like an innocent victim to any witnesses.