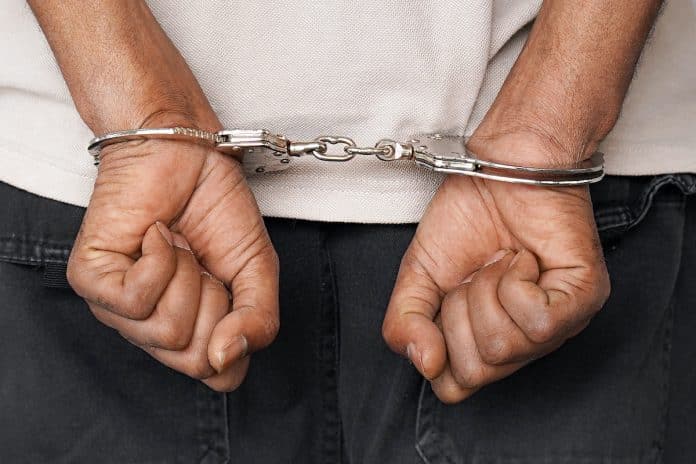 There is, indeed, a clause in English Common Law for the action of “citizen’s arrest” in which a common citizen, not a sworn law enforcement officer, can arrest and detain another citizen who is committing a crime. This practice is actually rather universal throughout the United States in its acceptance under the law, but it is hardly a practice that should be considered casually. Before proceeding to discuss some of the hazards inherent in carrying out a citizen’s arrest, I will say from the outset that there are relatively few scenarios where this practice should be considered. Restraining, detaining, or otherwise holding an individual against their will opens the citizen doing the arrest to all sorts of legal pitfalls.

There are certainly some circumstances where a citizen might detain a criminal actor.

Perhaps someone breaks into your home and surrenders to you when you put him at gunpoint. However, such circumstances are limited. Outside of holding a criminal actor at gunpoint for the arrival of authorities in the sanctuary of your own home or place of business, detaining people is fraught with peril. Many of the same dangers that manifest in incidents where citizens intervene in the conflict between other parties can surface with a citizen’s arrest. If compelled to “arrest” another individual, what are the motivating factors? What crime did the individual commit? Are you sure you truly witnessed the entire incident play out? Or is there a possibility that you are misinterpreting the situation?

Consider even the more feasible situation of detaining a home intruder at gunpoint; what if the criminal burglar or trespasser flees the premises? Technically, chasing down and detaining the fleeing bad actor might fall under citizen’s arrest. But chasing fleeing criminals is a recipe for disaster that has proven itself detrimental over and over again. As a citizen, the right to self-defense extends only to an immediate threat. When pursuing a suspect that is fleeing, you are no longer facing an imminent threat. Therefore, should a violent altercation unfold, the umbrella of self-defense can be quickly lost. It is for this reason that citizen’s arrest has little place in the real world, save for very specific circumstances. Consider the following:

A pillar of the law regarding legitimate self-defense is maintaining innocence. Generally, to claim self-defense, you need to be the innocent party in the altercation. It is common for people to lose the claim of self-defense because they lose their innocence in the confrontation. And this often happens when the self-proclaimed self-defender pursues the other party. This often happens following a fight, in which the initial aggressor then leaves the scene, and the person who was assaulted initially pursues the aggressor. While getting even might be a natural inclination, once an initial threat is over the party that re-starts, the altercation is viewed as the aggressor under the law. This, in itself, is a major limitation for any legitimate role of citizen’s arrest for most scenarios.

When considering the dynamics of arresting a fellow citizen for a crime that you just witnessed, under what circumstances would you not run the risk of becoming the aggressor in a confrontation? Granted, there are scenarios in which aggressively pursuing a criminal actor may be justified and warranted. But the legality is tricky and exceedingly risky. Subduing or detaining a threat that is actively hurting innocent people is where citizen’s arrest may be feasible. Still, beyond this, most scenarios will involve pursuing an assailant that no longer poses an imminent threat. Pursuing and engaging an individual that is no longer threatening yourself or another party is a legal pitfall waiting to happen.

The second consideration regarding a citizen’s arrest is the reality that arresting another citizen typically involves detaining them. Most likely against their will. This action opens up a host of legal complications. Again, there are certainly legitimate circumstances that could justify this, but I would suggest they remain few and far between. Detaining someone against their will is essentially kidnapping. As a civilian, you are not covered under the immunities that sworn police officers have. You can be taken to court for criminal prosecution and civil prosecution. What situations would warrant a response that could set you up for this legal hazard?

Holding at Gunpoint or Aggravated Assault?

Pointing a gun at a human being is serious business. The act of showing a firearm to another in any sort of threatening manner needs to be justified to the point that you can well articulate. Or you can face a charge as severe as aggravated assault. If making a citizen’s arrest, which requires holding a suspect at gunpoint, you are wading into hostile legal waters. If in a scenario of holding a person at gunpoint so as to detain the individual and prevent them from fleeing a scene, are you still facing an imminent threat? How significant is the crime that you witnessed that it offsets the act of pointing a deadly weapon at the individual?

These several considerations should lead a prudent individual to carefully consider their inclination to carry out a citizen’s arrest. There are always conceivable scenarios in which this uncommon legal tradition may have a role. But the vast majority of the time, the civilian is flirting with hazardous legal and potentially dangerous physical consequences. What alternatives do you have other than conducting a citizen’s arrest? Be a good witness. Notify law enforcement if you witness a crime unfolding that is short of an imminent and deadly threat that requires an immediate force response.