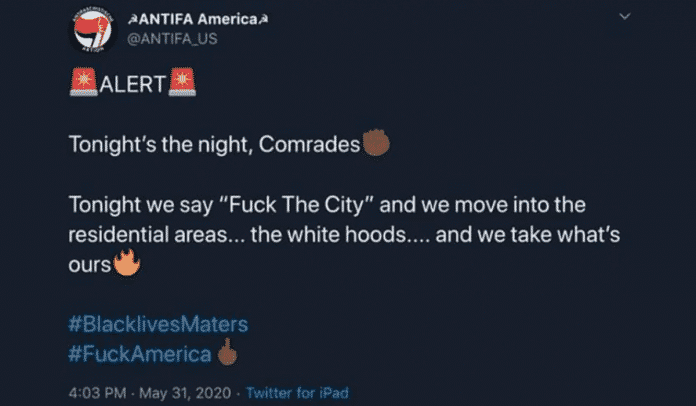 I’ve had the above screenshot of a twitter post by Antifa sent to me by a few people this afternoon. The account, @antifa_us, has since been suspected, but you can see other posts they have made recently by searching Google and looking at cached posts. Such as this one: 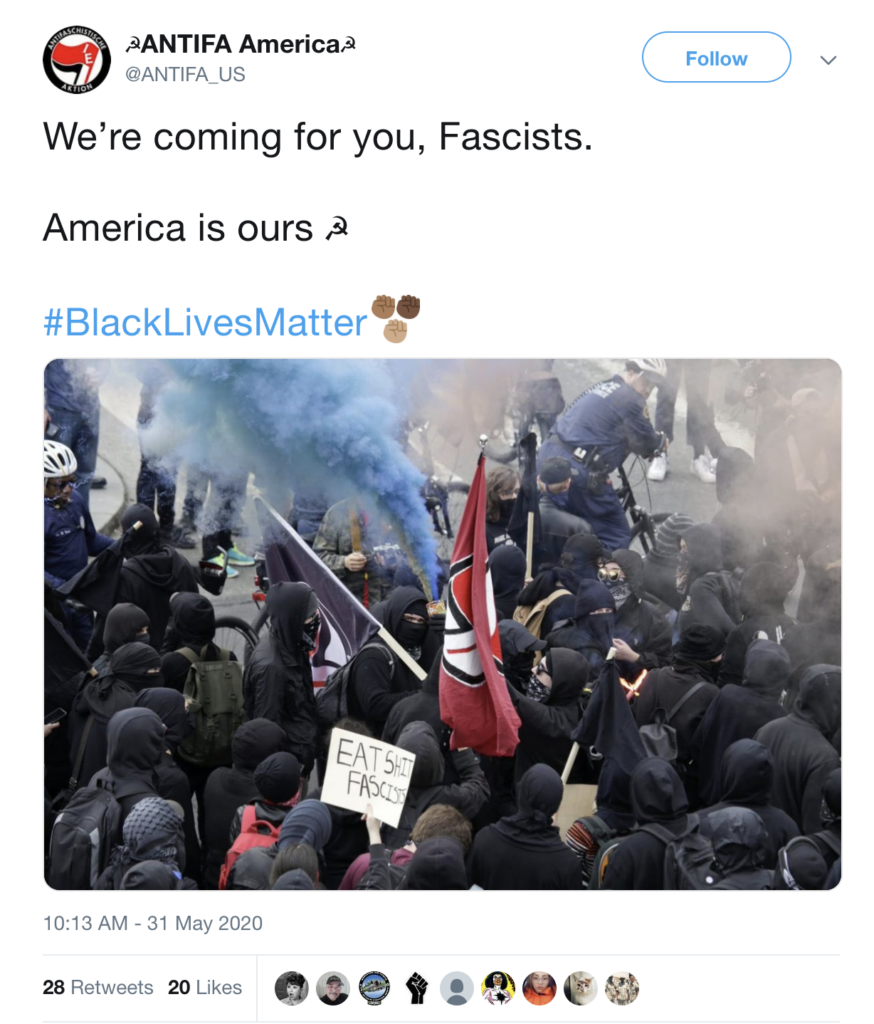 So is this image that is making its rounds on social media legitimate? I’m not sure. The Minnesota National Guard is actually carrying loaded firearms due to a “credible, lethal threat” by the FBI.

And this alleged Antifa post comes soon after President Trump designates them as a Terrorist Organization.

The United States of America will be designating ANTIFA as a Terrorist Organization.

I have found no reports of any of the rioting spitting out into residential areas. But this should make you think, what if it does.

These are crazy times right now, and it might be time to take a look at your home defense plan. Stay safe out there and stay armed.

And if you are thinking, “What’s the best home defense gun?” I’ll leave you with this video.