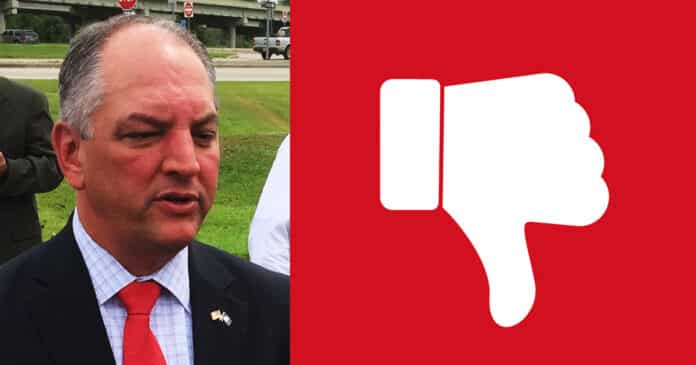 Senate Bill 118 by Louisiana Sen. Jay Morris was vetoed by Gov. John Bel Edwards. This bill would allow people in Louisiana 21 and older to carry concealed without a permit. The bill would still allow residents to obtain a permit for reciprocity in other states.

Despite the bill having majority support, Edwards said current law “strikes the right balance.” Those supporting the governor’s decision, such as the Louisiana Association of Chiefs of Police, said the bill would only increase the potential of illegal gun violence and accidental shootings.

“If anybody can (conceal carry), they’re going to be popping off in a heartbeat. Those kids who’ll be able to put one under their clothing … I think it’s going to create more shootings.”

Those in favor of the bill point out how those in opposition don’t realize the infringement on their constitutional rights. Louisiana also already allows open carry without a permit.

“We shouldn’t need the government’s permission to defend ourselves,” testified Chris Patron of FIREARM PROFESSIONALS OF LOUISIANA.

It can definitely be seen how permitless carry can create more worry among the public and ruin a sort of balance, but really how dangerous is it? What is the crime like in other states where measures to obtain a permit are more difficult? We should know by now what those statistics are like in states considered safer with stricter gun laws.

Those who don’t support the bill tend to focus too much on the negative potential with permitless carry. Really their only fighting argument is the level of training, in which people carrying indeed should be educated on the proper guidelines of firearm safety.

Gov. Edwards also sourced from a poll from “A Stronger Louisiana,” a group supporting the governor’s agenda, that 80% of people surveyed want to keep current requirements in place. What does the rest of Louisiana think, though? The group supports the views of Edwards, which makes things the survey biased in a sense.

If there were a veto-override session, it would take place July 20-24, the first of its kind in Louisiana since 1974.

Gradually more states are becoming permitless, and hopefully, in the near future, law-abiding citizens won’t have to go through so many measures for the right to defend themselves.