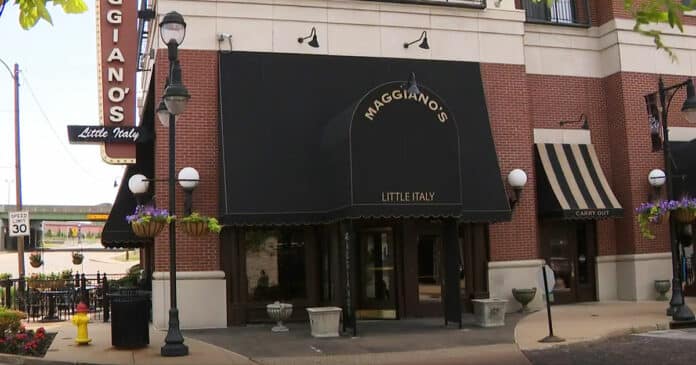 An intruder at Maggiano’s Little Italy in Richmond Heights, MO, was shot by one of the contractors working at the restaurant.

The invasion occurred at 3:40 A.M. when the contractor and his coworkers were present. The man forced his way into the building and charged at one of the contractors, who was armed, and shot him in his lower body, police said.

The suspect underwent surgery and is expected to recover.

As a contractor, generally one has their own set of rules and/or guidelines, and here this contractor allows himself to express their 2nd Amendment rights. Working as a contractor especially at this time of the morning, it is vital to have the means to protect yourself.

Whether or not the contractor shot to kill, he importantly defended himself and his peers while disabling the threat to the point where the intruder will most likely face many charges for his actions.

A lot of people are not allowed to carry on the job other than law enforcement. This shows the benefit of not being rendered helpless. If you are allowed to carry concealed with a valid permit or constitutional carry, why shouldn’t you be able to carry it while working? This is pretty much the same argument as Gun-Free Zones but we won’t get into all of that again today.