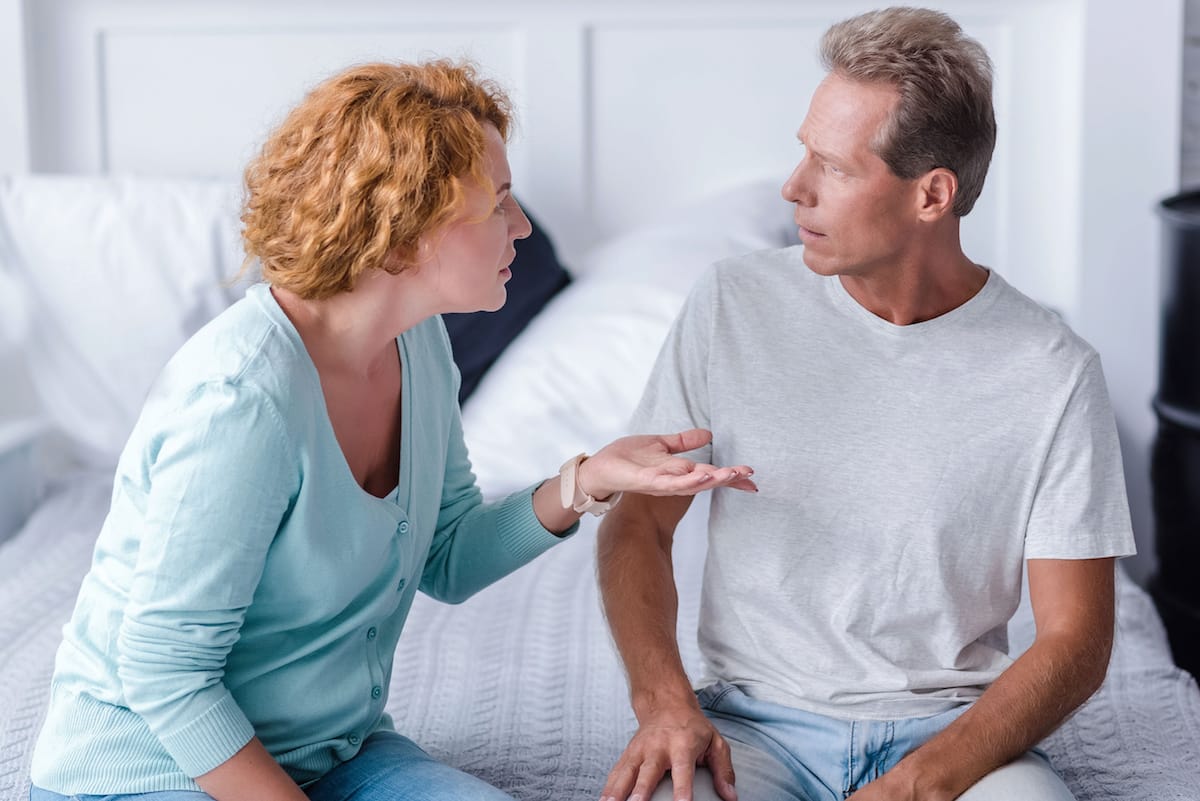 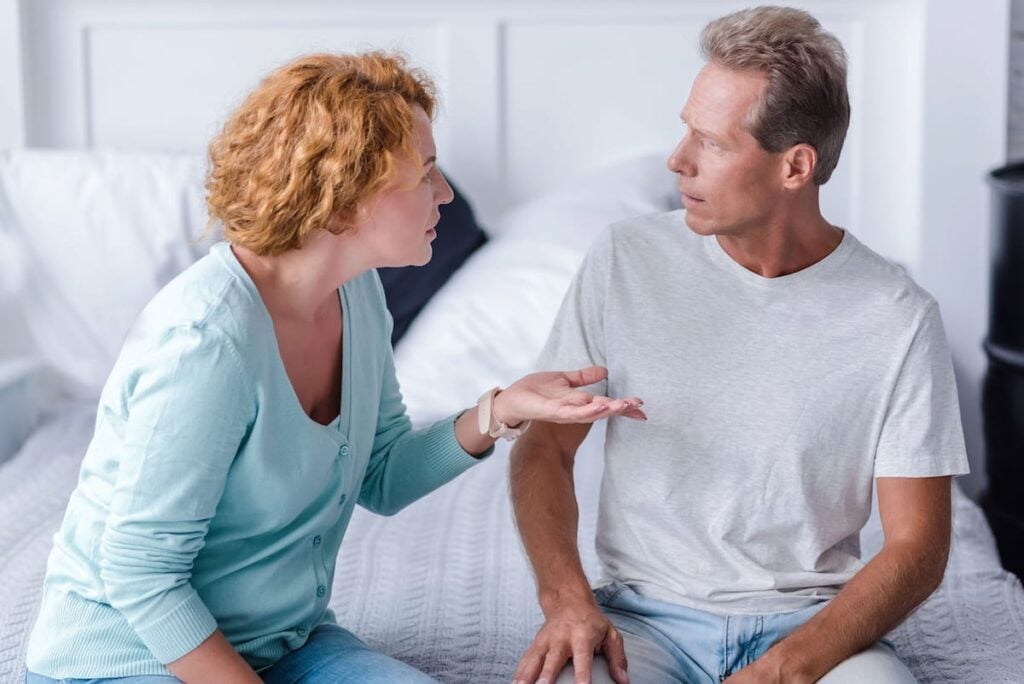 Maybe the decision to start carrying a concealed handgun was simple for you. You picked up the gun, got the permit, took the class, and now you carry that gun every single day, everywhere you go. And you know what? That was a wise decision.

But if you have a significant other or special someone in your life, chances are good you want him or her to be able to fend for herself. Chances are, in a long enough period of time, you’ve brought up the prospect of her getting a concealed carry permit and carrying a gun. Maybe you even went to the gun range together to try out some handguns to see what worked best.

We’re curious: how did you end up convincing your spouse or significant other to start carrying concealed?

For this article, I talked to a concealed carrier I’ve known for a long time and asked him how he got his wife to start carrying a gun everyday.

“I’ve been married for seventeen years, now. But back when we first got married, I was (and still am) a commercial driver. We never really brought it up much for our first two years of marriage. She came out to the range with me every now and again and she knew I had a New York permit to carry a handgun. When our first kid was on the way, I realized I couldn’t always be home to protect my wife. That’s when I brought it up to her. She was four weeks along and I was ready to head out again on the road for two weeks and I asked her if she’d ever think about carrying a handgun.

‘Yeah,’ I told her. ‘You take a class, get a permit from the county, and then you start carrying the gun.’

‘But what about the baby?’

She was worried that handguns and kids wouldn’t go together. There’s plenty of stuff on the television and I told her when I got back, we’d sign up for a class and have an instructor work us through how that would go. We have a local Rod & Gun Club not far from us and there was also a pistol range that offered classes. When I got back, I signed us up for a class. She was much further along and didn’t feel comfortable with all the gunshots in the background, so that first class was just us and a few other folks and we learned together about pistol safety, laws, and such. I already carry a gun and took the course so it wasn’t much I hadn’t already heard but I felt it helped her get over some of her fears. She made it through the qualification portion and we went down and filed the paperwork. To be perfectly honest, living in New York, I wasn’t sure which would arrive sooner: the permit or the baby.”

Q: So which made it first?

“The permit ended up getting here first. And then the next big thought was how she was going to carry it. She said she wanted to put it in her purse. We had settled on a small S&W .38 Special revolver and it seemed like a good choice. But after some reading online, she said she wanted to get a holster that goes into her purse — to make sure the trigger isn’t messed with. She carries that gun in her purse and she feels confident that she can keep it stored safely.

Q: Did you have any concerns about your kid and your wife carrying a gun?

“The only part both she and I were worried about was when our first son was born. We weren’t sure how toddlers and guns would mix. A little kid’s hands can get himself into trouble but, to be honest, she just kept the gun in its holster in the purse and kept the purse on her and ran into no problems.”

Everyone’s story is going to be a bit different. Different folks have different needs. But it’s always a great thing to hear from those who’ve carried pistols for a long time just how they managed to get their better half to start doing the same.

Feel free to tell us your story in the comments below.

wish I could tell a story with a fairy tale ending, my wife who was brought up in the country, father was a PT State Cop, guns were available, not locked, nothing bad happened, she is still scared to death at the mention of guns, I’ve carried my whole life, open and concealed, sons carry, life goes on

I have profited 104 thousand dollars in 2016 by doing an online job and I was able to do it by wo­rking in my own time f­­o­­r 3 or sometimes more hours each day. I followed work opportunity I was introduced by this web-site i found on-line and I am so excited that i made so much extra income. It’s so beginner-friendly and I am just so blessed that i discovered it. This is what i did… http://www.wzurl­.­me/qRID1Q

My current marriage…later in life. She had negative experiences in her past. I had police officers
all thru mine. Fast forward… We live in Albuquerque…. no place is safe here. We started going to the range and got her acclimated and comfortable shooting. We did have some conceal carry discussions off and on. Then about 18 months ago she suggested she’d feel more comfortable having a gun with her.
So we took the classes and got er done. I insisted on the insurance factors, and as she has a “legal beagle” background.. totally agreed. We go to the range once a month to get better and stay ready.

Both our employers do not allow guns at work. THAT bothers both of us! And don’t bother to leave a gun in the car… as the car is likely going to be stolen when you come out. (Mine has already been stolen once and used in a drive by… and police chase.)

My wife n I have been married 21 years come this June. 3 years ago I made the decision to get my permit. I went to the class n got my certification showing I went through it. Went to DMV n did the application n then went for fingerprinting. As soon as I got my permit in the mail my wife looked at me n said that we only had one more thing to get. I asked her what n she said “My permit!”. So I set it up for her to go through the class n get hers. Before that we went to the range or out in the woods once or twice a month. Still do. We have to get them renewed this year….

My wife loves to carry, loves to shoot, loves her guns. Now if I could just get her to clean her own guns it’d be a clean sweep. 😉

I was without work for half a year when my former Co-worker eventually recommended me to get started with freelancing online… It was just after I gained $5000 in my first 30 days when I actually believed I am able to do this for a living! At this moment I am delightful than ever… I work-at-home and also I am my own boss now that I always wanted… I see a lot of depressed people around me, working the same old boring job that’s sucking the life from all of them day-after-day… Everytime I see some-one like that I say START FREELANCING MAN! This is where I started >>>> http://urlfat­.­com/4Bd

I was without work for six months when my former Co-worker ultimately suggested me to get started with freelancing online… That was actually after I received $5000 in my initial month when I really believed I really could do this for a living! Now a days I am delightful than ever… I work-from-home moreover I am my own boss now like I always wanted… I see a large number of not satisfied people around me, working the same old boring job that is sucking the life from them day by day… Whenever I see someone similar to that I say START FREELANCING MAN! This is where I started out >>>> http://secure10­.­weebly­.­com

I was without work for six months when my early Co-worker eventually advised me to start off freelancing online… That was only just after I earned $5000 in my initial thirty days when I really believed I could do this for a living! At the moment I am delightful than ever… I work from home as well as I am my own boss now like I always wanted… I see a lot of unsatisfied people around me, working the same old boring job that’s sucking the daily life out of them day by day… Whenever I see someone like that I say START FREELANCING MAN! This is how I started off >>>> http://urlfat­.­com/4BL

I would never carry off body there are great YouTube video that shows why. You can’t draw from a purse fast enough to make an adequate defense. My wife hasn’t started carrying but still working looking into permit for her this year!

I asked “Want to get your permit?”
She said “Yes”