A Quick and Dirty Guide to Constitutional Carry 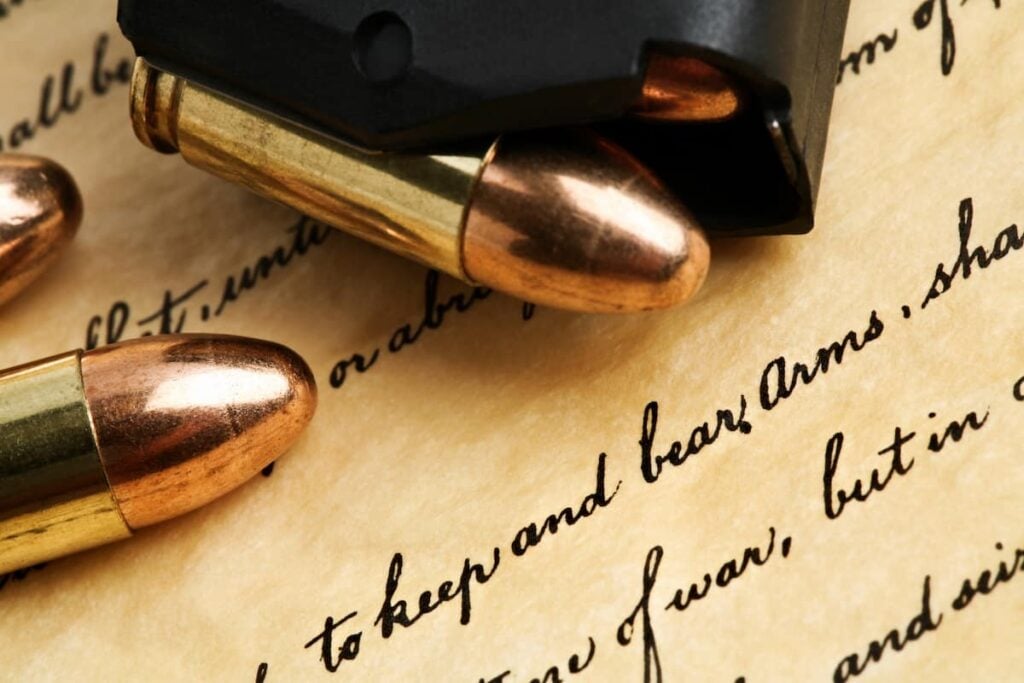 Even outside of CCW or Second Amendment circles, constitutional carry is making headlines right now—and ruffling more than a few feathers as a result. There’s a lot of media hype around the issue, and a great many talking heads and pundits tossing quips back and forth. But getting down to brass tacks, what is constitutional carry really and what does it mean for the CCW community as a whole?

The term “constitutional carry” is a relatively new addition to the language, describing a legal condition in which law abiding citizens may carry a concealed handgun without a permit. The “constitutional” part comes from the assumption that the Second Amendment’s right to keep and bear arms covers concealed carry as well, and thus no permit should be required. Currently a dozen states allow constitutional carry, with New Hampshire the most recent.

The movement toward constitutional carry continues to grow. More states are slated to consider reforming their laws in the direction of constitutional carry this year, including Colorado, Indiana, Kentucky, Minnesota, North Dakota, South Dakota, and Utah. In addition, there’s been talk of a nationwide concealed carry reciprocity act, which may complicated the landscape depending on how it is implemented and interpreted.

So, is constitutional carry a good idea? I certainly think so—it’s hard to justify a permitting process involving a stack of paperwork and fees in order to exercise one’s constitutional right to keep and bear arms or one’s natural right to self-defense. Criminals by definition are not constrained by the law, so the CCW process—which invariably includes background checks—wasn’t likely to deter them from carrying a firearm. Whereas a legal process, no matter how streamlined, may stand in the way of a law-abiding person’s ability to protect themselves.

Constitutional carry faces a lot of challenges, particularly due to our nation’s divided and embittered political environment in the wake of the 2016 election. While Second Amendment issues stayed out of the fray for the most part, political energy on both the state and federal level is concerned with other things at the moment, and constitutional carry may get lost in the shuffle in at least a few states. We shall have to wait and see.

So, ultimately what does this mean for those of us who either have CCW permits or are interested in getting them? I still think that for the moment getting or maintaining a permit is the best way to go, regardless of the status of constitutional carry in your state. The permit does give you an additional layer of legitimacy in the eyes of folks who may not fully understand the issue at hand, and a permit can offer vital legal protections while traveling. Even the most optimistic among us have to admit that we’re a long way from constitutional carry as a norm, and interstate travel is still best served by having a permit and staying abreast of local laws.  States without constitutional carry will still have reciprocity laws, so take advantage of those by having a current permit.