by Mark Ehlen
in Articles, Politics
0 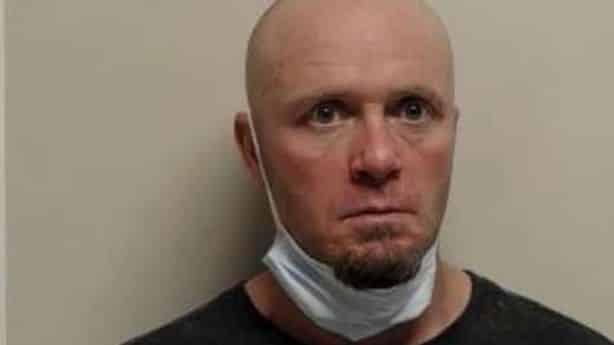 It shouldn’t have been hard to see this one coming. A Utah man was re-incarcerated after a parole violation. He was released in early March to a halfway house, but soon after that, he was released due to Covid-19 concerns.

Two days after his release, he breaks into a woman’s home and tries to sneak up a flight of stairs into her room, but she is awakened by the sound of creaking stairs to see this man holding a large knife over her. She screams, he threatens to kill her then ties her up with shoelaces.

“The victim began screaming and yelling, at which point the male told her to be quiet or he was going to cut her head off,” the affidavit states via KSL

He then demands her car, cash, bank cards, and PIN numbers. Her son, smart enough to remain hidden, calls 911. When the police arrive, he gets into the bed with her and tries to force her to pretend that they are lovers, but she sees a chance to escape and flees the room. Police quickly take him at gunpoint. Also, no surprise, this guy has drugs on him and has been convicted of at least four other drug-related crimes.

This one could have gone very, very bad. If her son hadn’t been able to call for help, who knows what this animal might have done to her.

This crime highlights a few things that we all should take into account. We must do whatever we can to ensure that someone cannot easily enter our homes. This woman had only a few seconds of warning before she sees a man in her room with a raised knife. He could have easily killed her, but he wanted money and a car, at least at first.

Even if she had had a gun staged near her bed, retrieving it from even a quick-access safe could have been problematic. She simply didn’t have any time, which is why hardening our homes is so important to gain precious seconds to be able to access our chosen self-defense tool.

What’s amazing is that apparently, no one realizes that if you release a criminal back into the public like this, they likely have no way to support themselves. So it should be no surprise that they resort to this kind of crime to get whatever they want – and presumably to support their habit.

Can you say unintended consequences? Ok, but aren’t drug offenses non-violent crimes? Try to tell that to this woman. And some of our nation’s leaders can’t figure out why people are buying guns in droves!

Do You Practice All of the Draw Strokes?

Do You Practice All of the Draw Strokes?