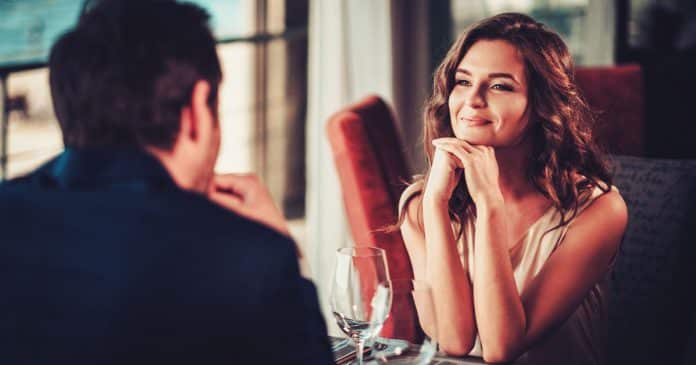 Ever show up to the door of your date’s house and been asked to submit to a full-body scan? How about getting checked for weapons before you go to the movies?

No one likes having their personal safety and security threatened but there’s a fine line when approaching the dating scene. In this article, we’ll address some ideas for where to put that line between stranger and danger.

The Good, The Bad, And The Ugly

The biggest threat looming in anyone’s mind when they go out on a date is getting murdered. It’s the reason why most people go out in public for their first meeting and why it takes a lot of time to develop the trust to bring a stranger into your home. It’s also why people probably prefer to go on dates in nice parts of town.

If you’re going to die by homicide, chances are great you’ll be alone when it happens. That’s just one dark little tidbit to come out of the FBI 1992-2011 study on homicides. This may prove the old adage: there’s safety in numbers.

FACT: The most common weapon used in homicide is a gun.

When the FBI went through their homicide statistics from 1992 to 2011, they found that 66% of all homicides involved the use of firearms. However, that rate has dropped 49% since 1992 indicating the overall observed trend that homicide rates have dropped significantly across the board.

FACT: Men are 3.6 times more likely to be murdered.

From the same FBI study, they found that males were 3.6x more likely to be the victim of a homicide than women. This study doesn’t make a separation for the large numbers of inner-city, young male (18-24) victims which by and large account for the majority of homicide victims in the United States.

What we can conclude from that study is that if you’re not associated with gang-related activities in an inner-city environment and you don’t engage those elements, your chances of dying drop significantly. That doesn’t mean they go away entirely. And injury outside of death is just as much of a threat as anything else.

The Good Side of dating and self-defense is there are a variety of personal weapons and techniques which can be employed seamlessly to ensure your safety. Other than carrying concealed, another good personal defense weapon is pepper spray. Extremely effective in close quarters and short distances, it definitely buys some time to exit a potentially violent situation and it’s completely non-lethal.

The Bad Side is we live in a time where people are dating more often and more regularly with complete and total strangers they meet off the internet. This means there is more of a chance of running into a bad apple in a barrel of otherwise mediocre, mushy apples. It means we all have to stay cautious and slightly defensive when dealing with a stranger for the first time. This isn’t bad. It just means we plan some fun activities to suit.

Be safe out there and happy dating.