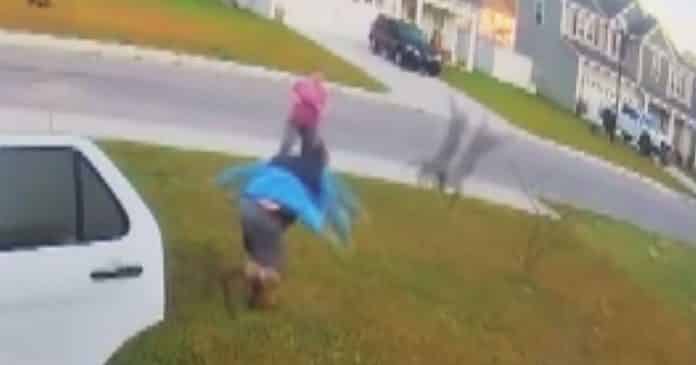 Kristi and Happy Wade were getting ready to leave their home with their pet cat for a vet appointment. Through Wade’s home security footage, a random bobcat could be seen trotting their way, unbeknownst to them, until Kristi heard a familiar cat growl. Kristi, carrying their cat in a carriage, was first attacked by the bobcat.

Happy was able to apprehend the bobcat through bites and scratches, tossing it away from their yard. Still, the predatorial bobcat charged its way back towards the family. Happy, a licensed concealed carry holder and experienced hunter, eventually shot the animal. The Wade’s went to receive treatment for rabies soon after, and an autopsy of the bobcat revealed it was rabid with rabies.

A few lessons are learned here, or rather, reiterated. We shall not forget that every time we step out from our homes, we are subject to the evils of the world, even if they are not human. With the presence of a gun, law-abiding citizens are able to know they are able to protect themselves in harm’s way.

Happy can be seen drawing his weapon in the surveillance footage after attempting to throw the bobcat to its own escape.

“It charged back. He had no other choice,” Kristi said.

The video does not show when the bobcat is shot, but Happy (no pun intended) must have been happy he had his weapon on him to eliminate the threat and protect his family.

It was later revealed the bobcat had actually attacked neighbors 10 minutes prior to the Wade family.

“If it had attacked somebody else and I didn’t do something, morally it would have bothered me for a long time,” Happy said.

One can only speculate, but if the neighbors prior were armed and had the chance to take out the bobcat, the Wade’s more than likely would not have suffered such a gruesome attack.