What Tragedies Like The Delta State University Shooting Teach Us 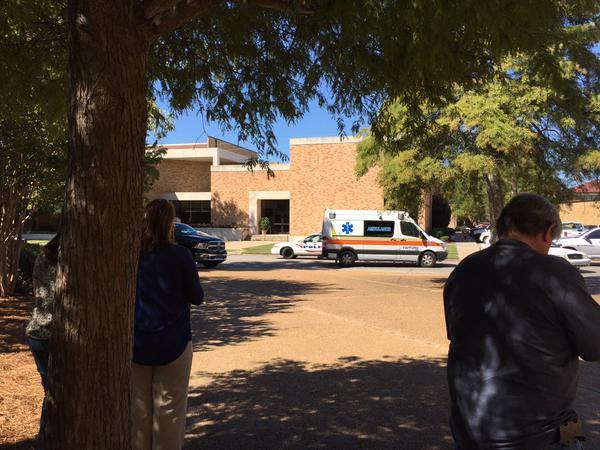 Details are still emerging about the shooting that occurred on the campus of Delta State University.  At 4:00 PM EST on September 14, the Bolivar County Deputy Coroner Murray Roark has confirmed that professor Ethan Schmidt, an assistant professor of history at Delta State, was shot dead at approximately 10:45 am.

This shooting came nearly twenty five minutes after Dr. Shannon Lamb, 45, a professor of Geology also at DSU, called in to authorities to report the death of a woman 5 hours away in Gautier, MS.

After the initial shooting incident was reported, students and faculty were issued the order to shelter-in-place until law enforcement could clear and evacuate the buildings.  WMC Action News 5 reported that law enforcement believed the shooter to no longer be on campus following the murder of Prof. Schmidt.

It is being reported that last night while being chased by police, the suspect Dr. Shannon Lamb, jumped out of his car, ran into the woods and committed suicide.

It was a heavy day – to say the least.  Even before all the details emerge, though, there are a couple things that have become evident.

Gun Free Zones don’t work.  At the time of this article, the State of Mississippi allows public university administrators to designate areas as “gun free”.  These designators are arbitrary to the law-abiding carrier.  For the criminal, however, it’s a guarantee he’ll find no resistance.

“Better Access To Mental Health” isn’t a panacea.  Just saying “we need better mental health services” does not alleviate the immediate need for others to stay safe.  It’s a common phrase thrown out there but, for a moment, we need to consider what we currently do to actually live that concept versus simply saying it.

In order to facilitate people gaining access to mental health when they have dangerous thoughts or intentions is not to simply say “go see a psychiatrist.”  People in an altered state of mind due to trauma, tragedy, depression, or a number of other mental contingencies are not going to want to risk their livelihoods, careers, relationships, or status quo or life to seek treatment which will serve as a permanent black record.  Whenever a mental health professional is alerted to a client or patient exhibiting intentions of harm to self or others, that mental health professional is obligated to inform law enforcement.  That means the person isn’t allowed any degree of anonymity in his or her condition and is now consigned to live with that mark — viewed as an active or potential threat.  Is that an effective treatment option?

Banning guns and tightening restrictions will not make this go away.  Universal background checks, more in-depth psychological analysis on potential gun buyers, waiting periods — these things don’t catch many of the perpetrators that go on to commit these crimes.  Why?  Because they have no history of crime.

The easiest answer, indeed, is allowing more access to firearms in sensitive areas where “gun free zones” are apt to crop up.  Because there is little warning when events like this occur — it’s all the more important that sane, competent, law-abiding people are granted their constitutional ability to protect themselves.

We here at USA Carry offer our hearts and prayers to the family of Professor Schmidt and are entirely thankful for the fast reaction and coordination of Mississippi law enforcement.  If anything, we wish to see these events handled with the same professionalism going forward into the future.