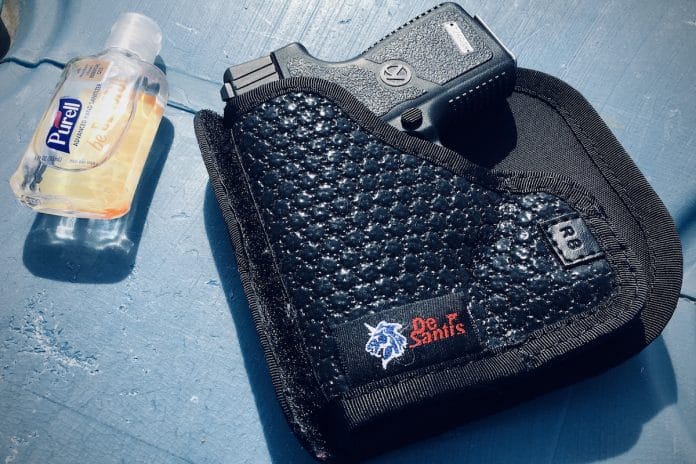 When the summer hits, some of us might dial back on the size of the gun carried and opting for that gun in a pocket instead. The Desantis Nemesis is probably one of the more popular pocket holster options on the market. It isn’t the only option from Desantis, though. The Desantis Super Fly is the evolution of the Nemesis, bringing with it a feature set. This is a little different.

At its core, the basic design of the Super Fly is the same as the Nemesis, and most other pocket holsters, really. The shape will certainly look familiar. The Super Fly boasts a slightly different rubberized texture and includes a removable flap to help hide the gun’s shape. The holster can be set up for use either right-handed or left-handed with the removable flap. The flap attaches via a section of Velcro on the leading edge of the holster. The Velcro seems a bit weak, but it has worked without issue so far. The pressure associated with being carried in the pocket, I am sure, helps to hold it in place. 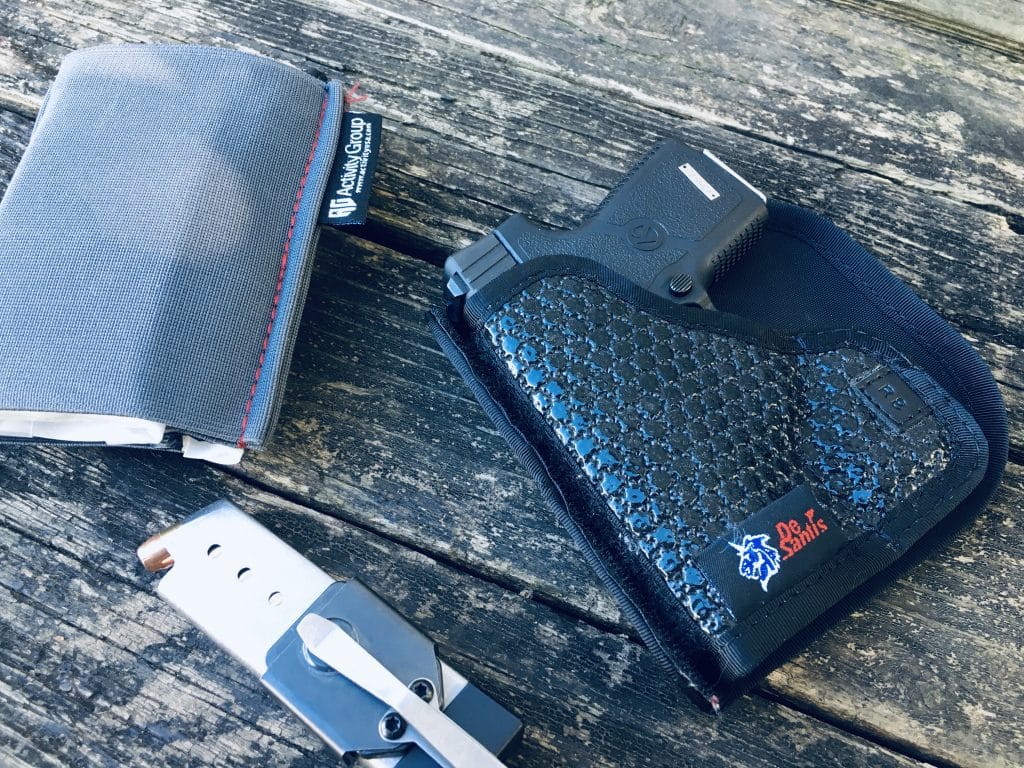 Why the Flap is Important

For those who don’t want the flap, it can be carried without too. It will just work like the normal Nemesis. In my experience, I like having the flap for a couple of reasons. The obvious one is that it conceals the shape of the gun. Maybe I am just too picky, but the holster without the flap doesn’t actually do much to make it look like something other than a gun in my pocket. I have found this to be true with all pocket holsters that do not cover the grip of the gun, though. I have also found this to be true with the number of pocket guns I have seen being carried out in public. 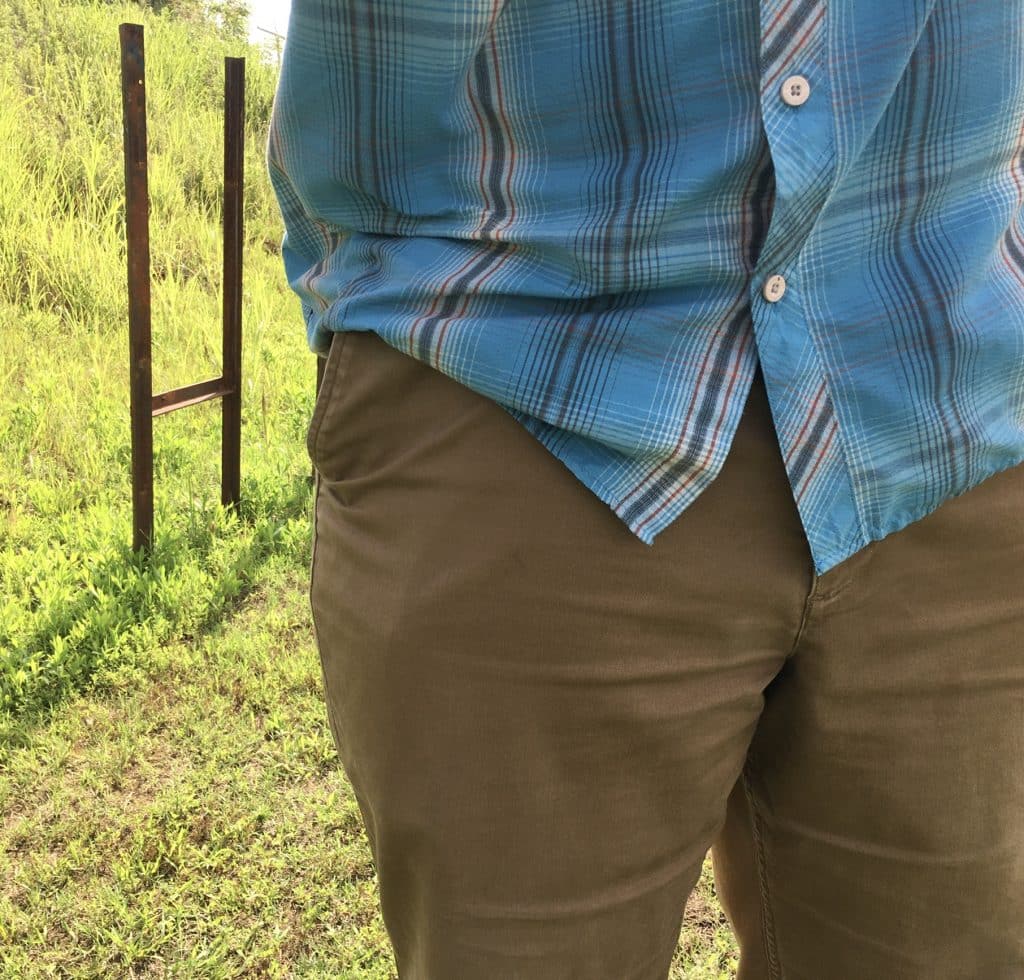 The less obvious reason is that the flap helps to anchor the holster in the pocket. On occasion, without the flap, especially if trying to draw quickly, I could get the holster to come out of the pocket with the gun. With the flap attached to the holster, I could not get it to come out of the pocket, even when I tried a little harder than I probably should have. The concern with the flap would be it blocking access to the handgun, but I did not find that to be any more of a problem than it normally is with a pocket carried handgun. Your mileage may vary, though, depending on which handgun you are actually using with the holster.

The Super Fly also has some stiffness to it. The number one job of any holster is to be able to carry a gun safely. That means it should completely cover the trigger guard area, and there should be enough stiffness in the holster material to keep the trigger from inadvertently being pressed. The Super Fly checks that box, too, without being so stiff as to be a problem and look like a brick in the pocket.

Desantis lists the MSRP at $42.99, but the street price is quite a bit less as with most things. On Amazon, the Super Fly is available for about $30.00. There are some cheaper pocket holsters, but honestly, even at half the cost, that is only a $15 savings. I think the Super Fly brings every bit of $30.00 to the table and has some features that work quite a bit better than the even cheaper pocket holster options. While this may not be the top tier of pocket holsters available, I think it is probably one of the better solutions, and at a price that will not break the bank.

Thanks for the review. This holster certainly looks very “tactical”, IMHO.