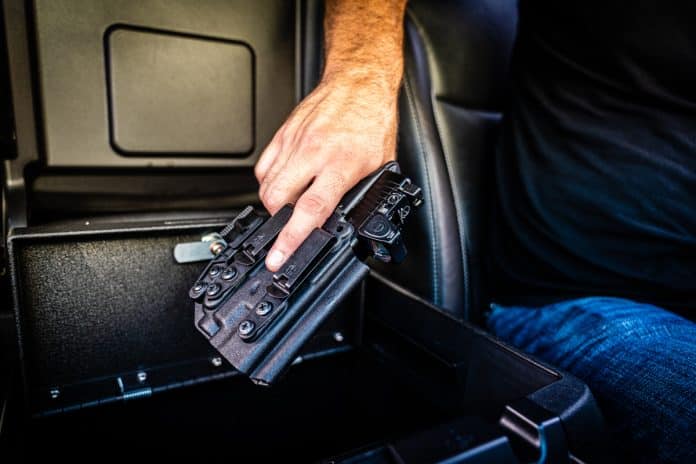 Unfortunately, most of us need to spend time in places that deny us our natural and constitutionally protected rights. The Second Amendment is the most in vogue individual liberty to trample on among certain political factions in this nation. And those groups do their best to disarm the citizen everywhere possible. One possible result of this is the occasional need to take our firearm off before entering certain restricted zones. Doing so raises several safety and security concerns.

Safe Storage for the Gun

The first consideration is where you will be placing the gun when you take it off. Probably the most common place that temporary disarming takes place for many is in the vehicle. Removing your gun to enter a restricted area? Consider the security of the gun while it is actually inside the vehicle.

Hundreds of thousands of guns get stolen every year in the United States. And one of the biggest points of access to these guns is unattended cars. Criminals realize that many people leave handguns, and even long guns, inside of parked cars.

The first thing I strongly urge you to consider is what your vehicle actually tells potentially bad actors. Do you have NRA stickers, Glock stickers, or any other insignia on your vehicle? These tip off a thief regarding you storing guns in the vehicle. I like the idea of showing support for the Second Amendment publicly. But I find placing such stickers on the vehicle to be a liability. If you leave guns in your vehicle for any given reason, be sure to avoid decorating it with such insignia.

Need to leave your carry gun in a vehicle? It is highly advisable to utilize a storage safe of some kind. I never recommend leaving it in a glove compartment or under the seat. There is nothing that will deter a truly motivated thief from making off with a firearm left in a vehicle. No matter how you secure it. However, such criminals are often greatly pressed for time. After smashing out a window and rummaging through the contents of the vehicle, there’s not much time left. There are hand safes available that lock to the structure of the vehicle by bolts or by a locking cable. These safes may prove enough of a hassle that it can dissuade the thief from putting in more effort. Such a locking box, secured to the vehicle, is certainly in order. 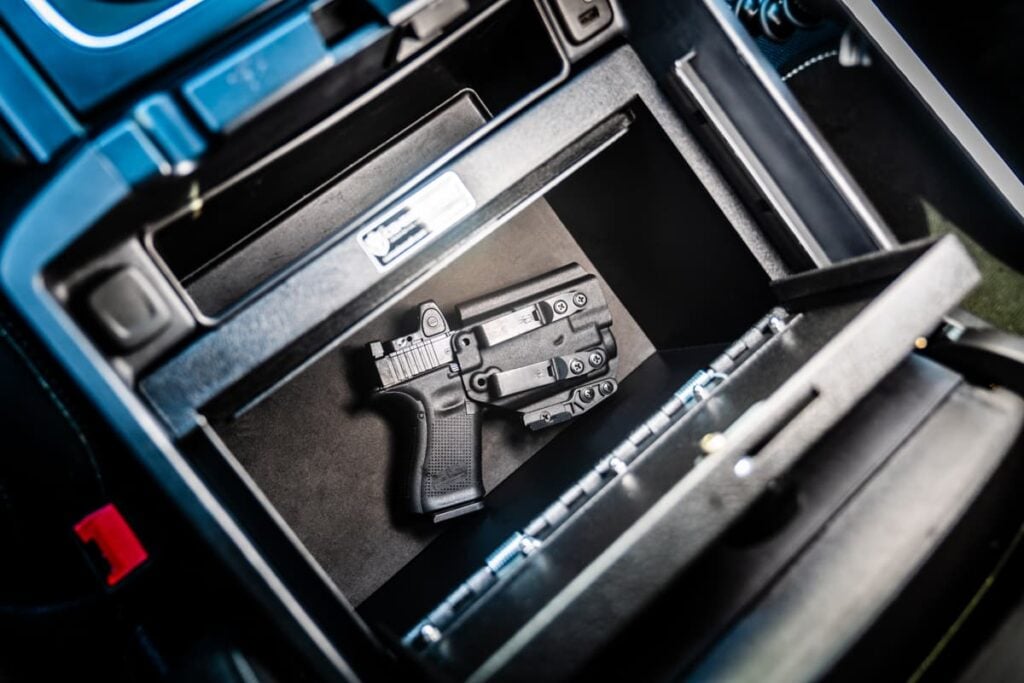 When removing your carry gun in a place of employment or similar, also consider the safety of the firearm. Leaving loaded guns in a locker or desk drawer, obviously, is problematic. A lockable box or hand safe that is tied down is once again advisable.

Safety should remain the paramount consideration any time we are handling firearms. Especially when handling our loaded carry gun while in a vehicle or other public place. This calls for being even more cautious due to the possibility of distraction while doing this process.

If you need to disarm in your vehicle before entering a restricted area, consider the following:

Never handle your gun while driving. Just as texting while driving distracts you from the dangerous task of controlling the vehicle, so will handling your firearm. In this case, now you will be doing two dangerous tasks simultaneously. Not wise.

Be mindful of who can see you. You may be perfectly legal in what you are doing. But handling guns within sight of others is a good way to draw unwanted attention to yourself. There have been numerous instances where someone was seen removing or putting on a gun in public, only to have the police called on them. This places you in a situation that is always potentially dangerous. Be sure nobody is around to see you. Obviously, this can also serve as an invitation to theft if the wrong sort of person witnesses you removing a gun in the car.

Don’t flag your extremities. I find that people are particularly prone to flagging their own body when handling a gun inside the confines of a car, particularly their legs. This is exceedingly dangerous as a shot to the thigh that ruptures the femoral artery can prove fatal very quickly.

If possible, remove the entire gun/holster combination. Are you regularly disarming in a vehicle? I suggest utilizing a holster that can be removed entirely from your belt. This allows you to take the holster off while never removing the gun from the holster. This proves to be far safer when handling the gun. It is also safer when leaving the gun and holster in the receptacle you place it. Utilizing a holster that facilitates this is the best practice for these circumstances. 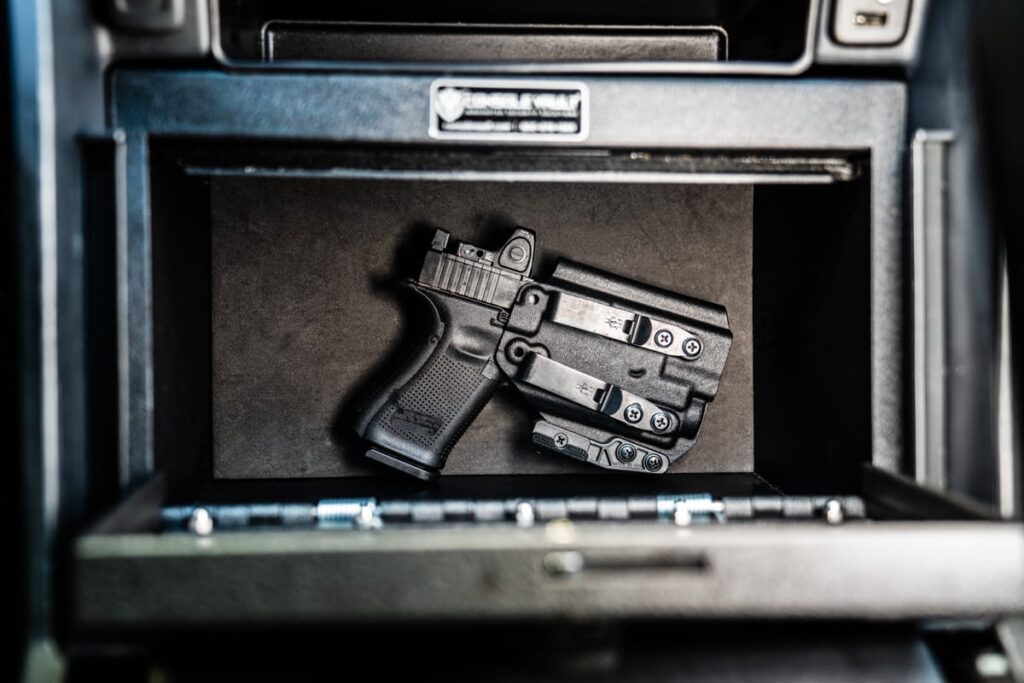 Safety is the overriding principle in all gun handling. Sometimes we must handle the gun when outside of the more controlled environment of the home. We need to be aware of the hazards. Unfortunately, we live in a world that does its best to inhibit our ability to protect ourselves in many places. Dealing with these restricted locations is our reality. To disarm and re-arm safely, be mindful of the points discussed here.