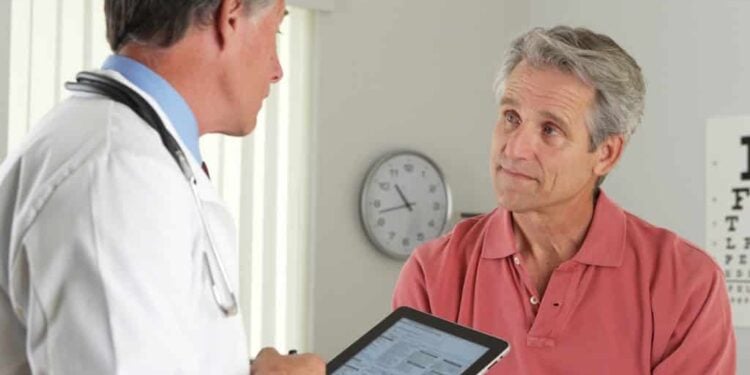 Do no harm. That’s the first rule of medicine. Yet, recently, a physician’s role has seemingly expanded to knowing whether or not a patient owns a gun. If you’ve been to a doctor lately, they may have asked you whether or not you own a gun or if there is a gun in the home.

Both questions, outside of severe mental health examinations, have little to no bearing on your physical health. Why is this? This is because firearm-related accidents are not a major cause of injury or death in the United States.

That hasn’t stopped anti-gun institutional establishments from trying to drive a wedge between physicians and their gun-owning patients. As quoted by a public health expert at UC Davis for a Washington Post article:

“Firearm violence is an important health problem, and most physicians agree that they should help prevent that violence,” wrote Garen J. Wintemute, a public health expert at the University of California Davis and co-author of the paper, in an email to The Washington Post.

Unless you’re an apt mental gymnast, you may entirely miss the logical fallacies and the appeal to authority that this “public health expert” purports to be fact. That’s because people in institutional positions of authority have the opportunity to abuse their positions to exploit political goals.

No institution is immune. And, apparently, medical health isn’t either.

“No federal or state law prohibits doctors from asking about firearms, counseling about their use, and — when there is imminent risk of harm — disclosing information to others who can help,” Wintemute said.

Because physicians are not barred from asking, Wintemute suggests they should. What other questions should a physician ask?

If we examine the Center for Disease Control‘s reports on causes of death, we see that in 2014 (the last available year for statistics at the moment), ~33,600 people died in the United States as a result of firearms-related incidents. That includes suicides (21,386), armed robberies, negligent discharges and the whole gamut.

If your physician was honestly concerned with your health and looking to prevent the loss of it, he may want to start with the over-prescription of medications and their abuse — which result in far more deaths per year than firearms.

Drug-related deaths in the United States overwhelmingly do much more damage than firearms, yet I’ve never heard a physician asking me what drugs I keep in my home.

Physician: “Excuse me, sir, but do you happen to keep any drugs in your home?”

Patient: “Why, yes, I keep at least 5 grams of heroin/fentanyl in my medicine cabinet at all times.”

Physician: “Good, good. By the way, do you need a refill of Duragesic?”

Patient: “Now that you mention it, I am getting a little low…”

As you can see, there’s clearly no reason why a physician should be asking a patient whether or not he owns a firearm. If the question is one of whether or not the patient is fit to own a gun, please refer to federal and state statutes regarding where the line is drawn on mental competency.

That line is usually drawn at involuntary commitment to a mental institution.

Outside of that line, there’s no reason.

This is another attempt by institutional bigwigs who have wormed their way into the higher echelons of education to use their positions to affect political policy.

If your physician asks you if you have a firearm, feel free to decline to answer. There’s no obligation to do so and, as demonstrated above, there are quite a few more likely causes of death on the horizon than your gun. If anything, your gun is your prescription to prevent homicide.