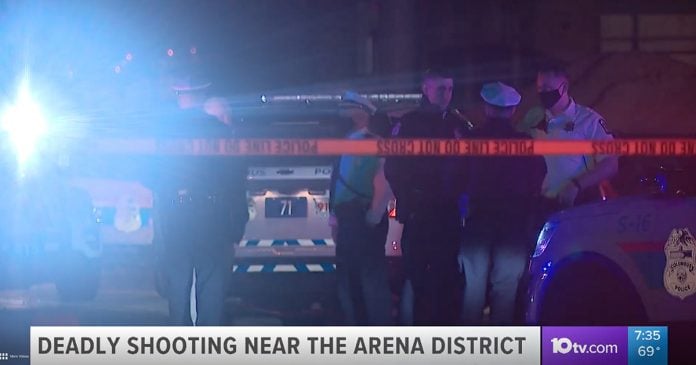 This past Saturday morning in Columbus, Ohio a 22-year-old man was driving down the street when he was approached by a 19-year-old man who had others with him. According to police, the man punched the driver and then reached for his waistband. The driver then drew his gun and shot the man. He was taken to the hospital where he was pronounced dead. A second man was grazed by another round.

The case is at the County Prosecutor’s office for review.

It’s not clear if the driver was forced to stop or if he did so voluntarily. It’s also not clear if the driver got out of his car before he was punched. Either way, a simple punch is usually not considered a deadly force attack without extenuating circumstances. But you also have to take into account that it sounds like there were multiple attackers.

The attacker reaching for his waistband could be a serious threat indicator but there was no report of the attacker having a gun. If he did that would be solid defense evidence for the driver.

The takeaway from this one is don’t stop to engage anyone that looks like they could be hostile. Just keep driving if you can. Avoiding the fight is far better than winning it because winning it is not guaranteed.

As is so often the case with these articles, we do not have enough information to make an intelligent assessment.

Why did the driver stop? Did he know his attacker?

Why didn’t the driver just drive away? Was his car blocked in, making evasion impossible.

Was the driver in his car? If so, why did he lower his window to a gang of thugs?

Was the attacker and/or his gang armed? The fact that the report mentions no weapon doesn’t prove there wasn’t one.

Was the attacker bigger/stronger/younger than the victim? In cases like this, size matters.

If you’re stopped at a traffic light and someone you don’t know approaches, do not lower your window unless you know them and definitely do not get out of your car.

This advice is multiplied if there are multiple people approaching your car.

Drive away and if you can’t, stay in your car which is far safer than getting out to confront multiple attackers.

Dial 9-1-1 and make sure they know your situation and that you fear for your life.

Only then should you draw your weapon, the very sight of which may scare your attackers off. If not, then 9-1-1 dispatcher has you on record as you yell, “Get away! I’ve got a gun!”

I disagreed with Roy on the warning shot article, but I agree with everyone he says here. I also think the fact that the assailant reached for his waistband after he punched the victim is significant. People don’t randomly touch their waistbands, and if someone who’s just committed a battery reaches for his waistband, it’s not unreasonable to believe he’s reaching for a weapon. If the story isn’t leaving anything out, this looks on the surface like a justifiable shooting.