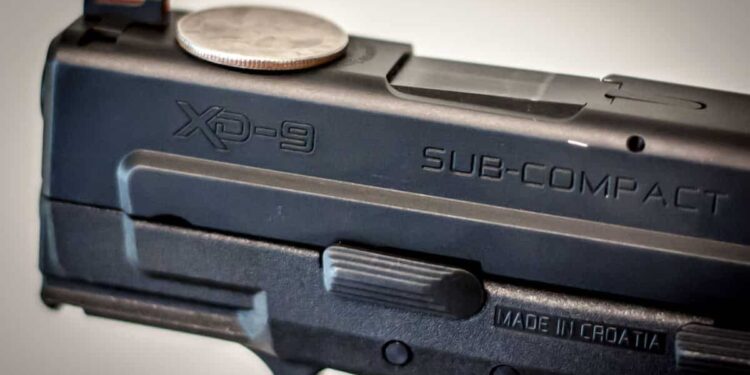 Shooting a handgun accurately and at speed is an exceptionally difficult skill to acquire, and almost as difficult to maintain. For CCW or self-defense purposes, there’s a lot more than the always-vital goal of hitting the target; your weapons manipulation, reloading, and malfunction drills need to be on-point as well.  We’ve talked before about how to improve your CCW skills both on and off the firing line, but there are some other tricks for honing your accuracy and gun handling without expending an actual round of ammunition. Welcome, all, to the world of dry firing.

Dry firing, as the name implies, means performing the actions of firing the weapon without live ammunition in the gun. This can be done at home–if we bear a few things in mind. The rules of gun safety prohibit us from pointing a muzzle at anything we’re not willing to destroy while reminding us that all guns are always loaded.  As such, I have two basic safety requirements for dry fire:

As a further safety requirement, I like to load the guns and magazines involved with inert training rounds—snap caps or the like. This is another layer of safety and of realistic training, as well as supposedly being marginally easier on the firearm in question.

When the time comes, prepare your training area—yes, remove ALL ammo—visually inspect your firearm and magazines three times each, and set up your training target on your backstop. Say out loud, “This is dryfire practice time. The weapon is dry, and I’m now practicing” before practice starts, and “Practice is over. The weapon is now hot, and I’m no longer practicing” when it ends.

But what to do in the interim?

Once the safety considerations have been met, the sky’s the limit. For CCW, self-defense, or tactical shooting, practice time spent drawing, presenting, and firing won’t go amiss; start of slow, work on perfecting each action, and gradually build up speed. Running dry-fire trigger control drills builds accuracy when you can’t get to the range—try balancing a quarter on the slide to check your form. If you have the space and can do so safely, practicing drawing and shooting while turning your body to a new threat, while on the move, or while moving to cover. Incorporate mag swaps and reloads into any of the above for extra realism.

Our good friends over at Sig Sauer have a detailed weekly training program for dry fire. I’ve not used it yet, but I’m going to make it part of my routine starting this week—it looks to cover all the bases nicely. And similar programs abound—if you find one that you like, please share it with us in the comments section!

And finally, if you’re on Facebook and feeling especially ambitious, the group “1,000 Days of Dry Fire” is dedicated to just that: 1,000 days of consecutive dry fire. My thousand days start on Monday. We shall see what comes of this.