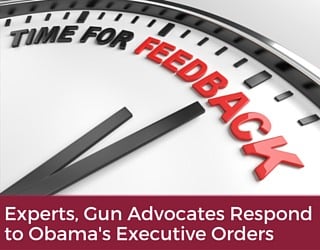 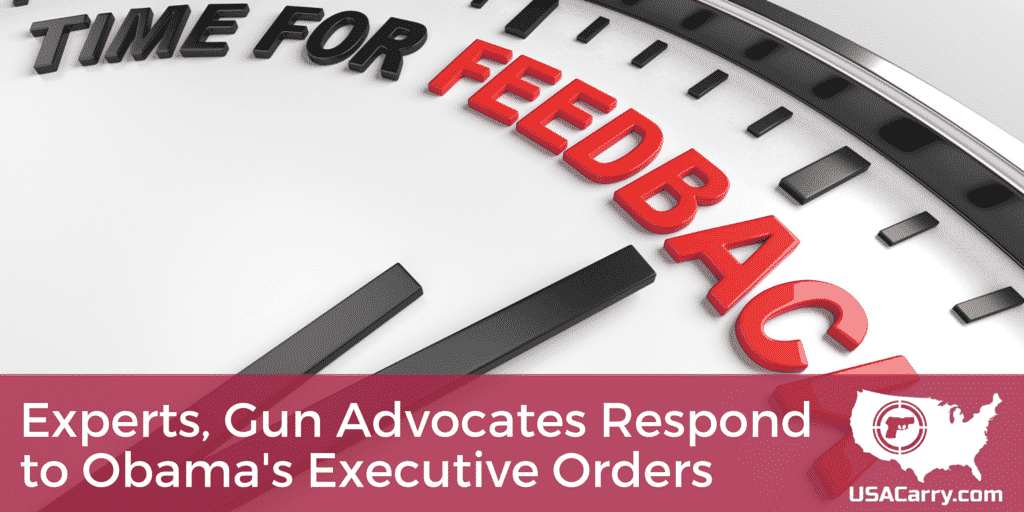 Following President Obama’s announcement of a series of executive orders intended to curb gun violence, gun advocates and experts in various disciplines are voicing their opinions in response.

On Tuesday January 5th, the National Rifle Association released a statement addressing the executive actions, which they described as “political rhetoric” rather than “meaningful solutions to our nation’s pressing problems.” Their fundamental contention is that the executive actions both misrepresent the facts regarding lawful gun sales in the US and avoid other more effective measures in curbing violence.

Once again, President Obama has chosen to engage in political rhetoric, instead of offering meaningful solutions to our nation’s pressing problems.  Today’s event also represents an ongoing attempt to distract attention away from his lack of a coherent strategy to keep the American people safe from terrorist attack.

The American people do not need more emotional, condescending lectures that are completely devoid of facts. The men and women of the National Rifle Association take a back seat to no one when it comes to keeping our communities safe.  But the fact is that President Obama’s proposals would not have prevented any of the horrific events he mentioned.  The timing of this announcement, in the eighth and final year of his presidency, demonstrates not only political exploitation but a fundamental lack of seriousness.

The proposed executive actions are ripe for abuse by the Obama Administration, which has made no secret of its contempt for the Second Amendment.  The NRA will continue to fight to protect the fundamental, individual Right to Keep and Bear Arms as guaranteed under our Constitution.  We will not allow law-abiding gun owners to be harassed or intimidated for engaging in lawful, constitutionally-protected activity – nor will we allow them to become scapegoats for President Obama’s failed policies.

The same day, the National Shooting Sports Foundation also issued a statement, stressing their desire to prevent the “intentional misuse of guns” and promote safety and crime reduction. However, the NSSF also raises some concerns, citing the incredibly small number of firearms lost by or stolen from dealers every year, the limits of enforcement and smart-gun technology, and the active participation by firearms dealers in programs intended to curb violence and illegal weapons sales. The NSSF statement also praised improvements to NICS, citing their longstanding work in that direction.

We all share the goal of reducing the intentional misuse of guns and enhancing the safety of our communities. As the trade association for the firearms and ammunition industry, the National Shooting Sports Foundation (NSSF) will carefully review all aspects of the executive actions that President Obama announced today. Much remains to be spelled out. In the interim we have some initial reactions:

NSSF will have additional responses in the days, weeks and months ahead, especially as federal departments and agencies begin the work of carrying out the executive orders.