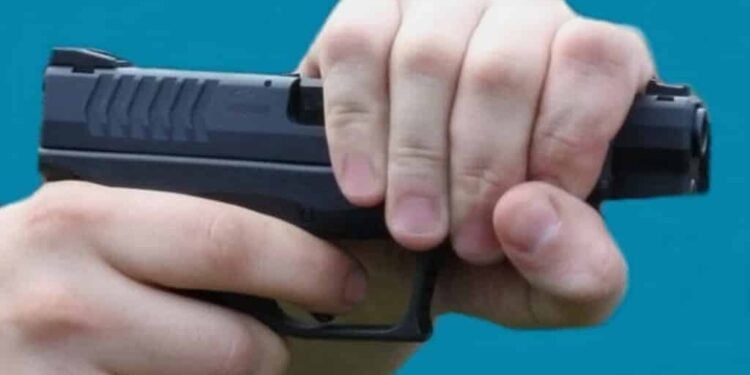 Well, it has happened in Florida for the first time. Florida has long been a national pioneer for gun rights, concealed carry (1987), and “Stand Your Ground” (2005) laws. Now there is a new direction. Just about three weeks after the Parkland, Florida school shootings, a man’s four guns and 267 rounds of ammo were taken from him by court order this week because he was determined to be a potential risk to himself or others. They were taken as allowed under Florida’s new, aggressive gun reform “Risk Protection” civil law, in defiance of the National Rifle Association. The unidentified (to protect his rights) man is also prohibited from trying to purchase or obtain guns and ammo from any source. He was also taken to a hospital for involuntary evaluation and perhaps psychiatric treatment under Florida’s Baker Act.

What Are The Provisions Of The New Florida Gun Law?

One week ago in March 2018, a groundbreaking bill was signed into law by Florida Governor Rick Scott which:

NOTE: The “School Guardianship” program is strictly voluntary, and school boards or superintendents will decide whether to participate and sponsor employees to undergo training (about 132 hours of firearms safety, active-shooter drills, mental-health screening, background check, drug tests, etc.) with the local sheriff’s department. They would become sworn special officers authorized to carry weapons with a small monthly stipend.

Some states, like California, Oregon, Washington, Indiana, Rhode Island, and Connecticut,  have “red flag” laws. These laws allow police to petition in court for a Risk Protection Order which lets authorities restrict firearms and ammunition possession up to one year for those considered a danger to themselves or others. A judge can intervene, after being alerted by police or a family member or even a friend, and temporarily confiscate guns and ammo from people who have threatened violence. This is even if a person has not been adjudicated, diagnosed, or treated for a mental illness. Florida’s law is not exactly a “red flag” law.

What Is Not Included In The New Florida Gun Law?

As opposed to what some anti-gunners desire and believe, the new Florida law does NOT:

NOTE: Federal law requires background checks for gun sales by licensed dealers; the F.B.I.’s National Instant Criminal Background Check System database does not always include mental illnesses, criminal convictions, or data that might disqualify a person from buying a gun.

What Is Sufficient Evidence Of An Individual’s Mental Disorder And Danger To Himself Or Others?

So, if law enforcement has “sufficient evidence” that a person MAY pose a danger to himself or others and has a mental disorder, even if that person has not been hospital committed for mental health reasons or has not received any type of previous mental health treatment, his or her guns and ammo can be confiscated.

Wow, what a complex and potentially devastating situation for many different parties. I wonder what is substantial evidence or probable cause for possible dangerous behavior or mental disorder or mental illness?

Maybe mental health professionals might disagree on what constitutes “dangerous” tendencies or behaviors, symptoms, and mental illness? Is there a common body of consistently reliable and valid data and information that directly and adequately defines or indicates these mental health matters?

This might possibly be very subjective and open for interpretation, especially among mental health professionals, let alone police officers on patrol and non-medical folks. I sincerely hope this works out positively for all involved and we accomplish our goal of safely protecting our children while they are in school, preventing mass shootings, and dealing with mental health issues.

How Widespread Are Mental Disorders And Mental Illness?

The Mental Health America (MHA) association, formerly known as the Mental Health Association of America, says that “mental disorders are common and widespread, with an estimated 54 million Americans suffering from some form of disorder in a given year.”

What Is A Mental Illness?

MHA defines a “mental illness” as “a disease that causes mild to severe disturbances in thought or behavior, resulting in an inability to cope with life’s ordinary demands and routines.” Confused thinking may be a symptom. Hmm? I wonder if that applies to my mild disturbances and coping with life’s ordinary routines right now or perhaps yours? Ha! With proper care and treatment, many individuals learn to cope or recover from stress and related mental concerns.

As a layman, I understand that there are over 200 classified forms of mental illness and mental disorders. Of course, common ones are such conditions as depression, anxiety, dementia, bipolar disorders, schizophrenia, and even social withdrawal, changes in mood and personal habits, and strong feelings of anger. Excessive stress can cause mental health problems and mental disorders. They can often be physical in nature, like with cancer, diabetes, and heart disease, rather than emotional and psychological in nature. Mental health issues may be caused by a reaction to environmental stresses, genetic factors, biochemical imbalances, or a combination of these. Complex!

So will these complicated and intricate symptoms or conditions be appropriately recognized, diagnosed, and used by a law enforcement officer and judge to issue a court order to confiscate your guns and ammo legally? And, perhaps, to commit you to a mental institution or involuntary direct your psychiatric treatments? Could there possibly be a mis-assessment, misinterpretation of behavior, or misunderstanding of your stressors and anxiety?

I believe that Florida has not reversed its position as a gun-friendly state nor weakened its support of the Second Amendment and Concealed Carry. These ideals remain strong in Florida and the Second Amendment is recognized as a primary right to Floridians. I see this direction more like an emphasis on mental health issues, hardening our schools and protecting our children, and taking some action in an attempt to be proactive, rather than being passive and accepting the status quo of violence in schools. I hope this new Florida law is implemented appropriately and helps solve its major goals. This Florida law is in a microscopic fishbowl now for all to see and evaluate and there will be “growing” challenges for all with repercussions not only for one state but all the states.

What Are Your Opinions About Florida’s New Gun Law & Confiscation?