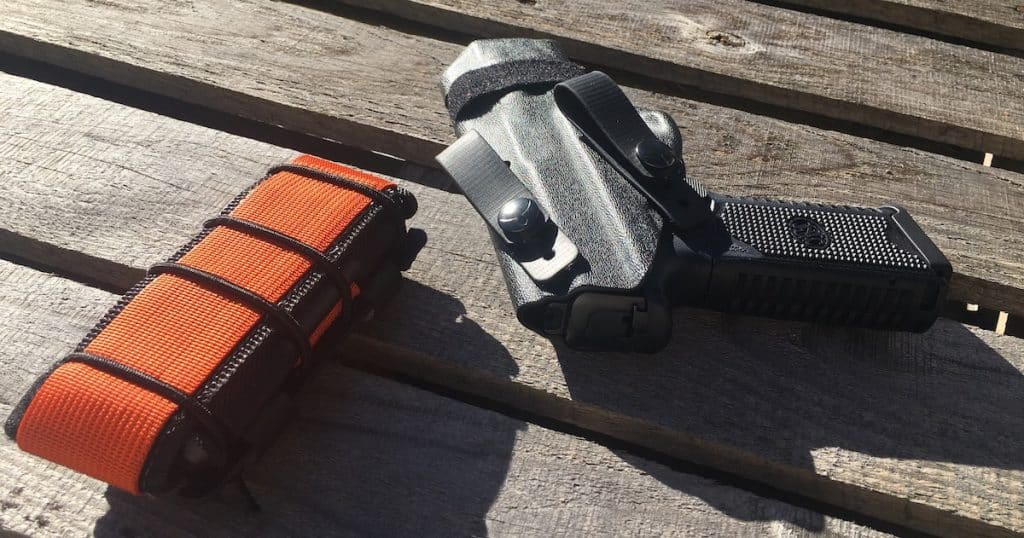 It is safe to assume that most people reading articles on USA Carry are “gun guys,” or at least gun focused in how they address self-defense. I’ll admit, I most certainly am. I enjoy shooting guns, so I tend to lean towards what I enjoy which I suspect that most people do. Recently, I have been trying to be a better-prepared person in general, and this goes beyond just carrying a gun around or seeking out gun focused training. It also means being prepared for other threats to life, like a traumatic injury. The cause of injury could be anything from a car accident, to a terrorist attack.

“A gun is like a parachute, if you need it and don’t have it you likely won’t ever need it again.”

A little cliché, but the gist of it is that some problems can only be solved with specific tools. This is not only true of parachutes and guns but also tourniquets. There is no substitute for a good tourniquet, and by good, I mean a Combat Application Tourniquet (CAT) or SOF Tactical Tourniquet-Wide (SOFTT-W). There are what I would call “compromise” tourniquets that attempt to provide the same level of performance while being smaller but fall short. Carrying one of those tourniquets is kind of like carrying a micro pocket gun, it might work, but then again it might not. I would instead carry a tourniquet that I know is likely to work.

There are some challenges with carrying a tourniquet, mostly that they can be a little bulky and take up a lot of pocket space. How the tourniquet is folded can mitigate some of the bulk, but you also need a carriage system to maintain the fold and still have the tourniquet easily removable from whatever is holding it all together. That is where the PHLster Flatpack Tourniquet Carrier comes into play. It keeps the tourniquet folded and arranged the way it should be, but still easily removable. The Flatpack also allows for staging tourniquet’s on bags or straps (like seatbelts) or being carried on the belt, or in a pocket.

So what is the Flatpack Tourniquet Carrier?

Essentially it is a plastic backer with adjustable soft loops attached and a bit of shock cord. A tourniquet is placed against the backer, and the shock cord is used to secure the tourniquet in place by looping it over the tourniquet and around a couple of notches. For the most part, it has proven to be both secure, and easily removable. The belt loops are obviously to attach the Flatpack to a belt, or some type of strap. It is really ingenious in how simple but effective it is.

I started off using the Flatpack to EDC a tourniquet on the belt. As it came from PHLster, the belt loops were sized too large to pull the tourniquet into the belt really, and it printed horribly through almost every shirt I wore. I eventually figured out that if I adjusted the size of the loops, it would conceal much better, but still requires a reasonably thick or really loose fitting shirt to cover and be completely unnoticed. It occurred to me later on that concealment probably isn’t that big of a deal since it is a tourniquet and not a gun or magazine, but I suppose that will largely depend on the environment it is being worn in.

As an apparatus for carrying a tourniquet on a bag, like a range bag or backpack, the Flatpack really shines. The mounting system can be attached to any strap by removing the screws that hold the belt loops, looping them around a strap, and then re-securing with the screws. I have had the Flatpack on my bag that stays staged in my vehicle, on the bag I haul stuff back and forth to work with, and on my range bag. I am sure there is room to get even more creative if someone wanted to.

While my idea of using the Flatpack is to free up pocket space, it can also be pushed into service to facilitate pocket carry of a tourniquet. If I drop a folded SOFTT-W in a pocket without something to keep it folded the way it is supposed to be, like rubber bands, it will fall to pieces in my pocket and become a jumbled mess. So why not just use rubber bands? Have you ever tried to remove rubber bands with only one hand available? With the Flatpack, everything stays nice and tidy, but I can still get access to the tourniquet with just one hand because the shock cord is easy to remove with just a thumb.