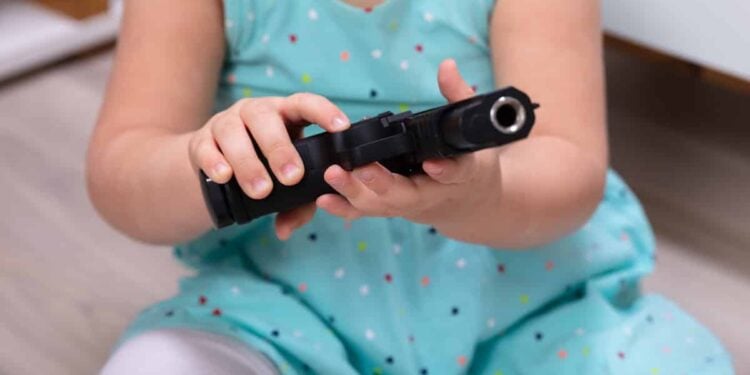 Being a gun owner comes with great responsibility. And some may say being a concealed carrier may bring even more responsibility. Either way, it is your job to make sure your guns are secure and not accessible by anyone that shouldn’t have access to them.

With kids around, keeping your gun secured without them having access to it can be a little harder than if you lived by yourself. But that is part of the responsibility you accept when being a gun owner or concealed carrier.

Obviously, I’m a gun owner and a concealed carrier. There are times when there are a few guns on my desk if I am in the middle of a review or doing comparisons. But no matter what, I always make sure every gun is secure the second my 3-year-old steps foot into the house. If I am not actively working with them in my office, the guns that are not being used for home defense are locked up in my safe. Then my home defense gun is either on me or in a quick-access safe.

So when I read stories like this, they make me cringe.

An Ohio woman that worked for a school district and was part of their concealed carry program, left her handgun unsecured while she went to the restroom. That was just long enough for two first graders, her grandson and a friend, to handle the gun.

Nelson reportedly stepped away from her office briefly to use the bathroom. Shortly after, Scaffidi reportedly entered the office to find the firearm on top of the desk while the children were still alone in the room. via THE HILL

Luckily, no one was harmed. The woman was reportedly removed from the concealed carry program and had a brief suspension.

Read Also: Guns and Kids: How to Safely Store Firearms Around Children

It is your responsibility to keep track and secure your firearms at all times. No excuse. Don’t get lazy. Don’t get complacent. Just do it.