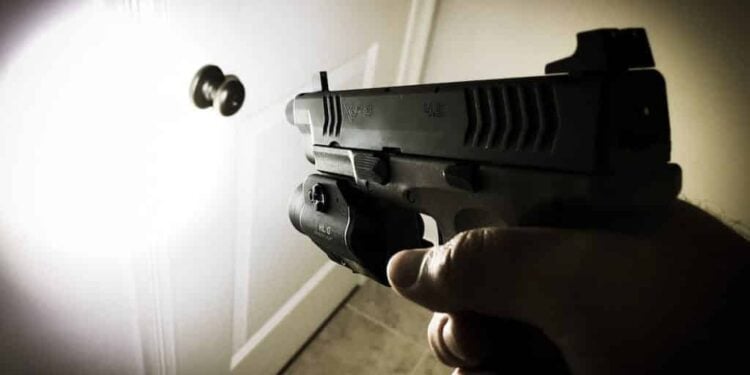 What goes bump in the night?

This is a question I’ve oft-asked myself since I was a young boy, trying my best to go to sleep at 8:00 p.m. on a school night. As I lay in bed, staring up at the ceiling, I’d inevitably hear something. Whether it was a car parking or an owl shifting between branches on a tree, it was always enough for my ears to perk up and my brain to begin imagining all the good and bad things that may lie in wait just outside my front door.

As an adult, I have a bit more experience and wisdom. That doesn’t stop me from stirring out of a deep sleep at 3:00 a.m in the morning when I hear something go bump outside my bedroom window. I have yet to encounter an actual boogeyman but I know his equivalent exists out there in the world. I know that any person, driven by desperation and a lack of morality, can embrace that ugly side of humanity. That’s why I own a firearm. My family depends upon me to protect them until police can arrive.

The night time is the hardest time. It’s when my eyesight is at its worst. I’m dependent upon my other senses to inform me. However, thankfully, technology has assisted in making the night time just a little bit less mysterious.

Before that, a person had to hold a flashlight in one hand manually and a pistol in the other in order to illuminate an area, find his opponent, engage him, and hopefully survive.

While there are some preferred methods of doing this such as the Harries method or Chapman method, let’s just say that no one is super excited about that proposition.

And owning a pistol with both a red dot and flashlight attachment, I can’t tell you the number of times I checked out behind the garage only to find an opossum or raccoon rummaging through the recycling.

I’ll take that any day of the week to the alternative.

It’s terrible enough stumbling through a darkened bedroom and hallway to use the bathroom at three in the morning — let alone fight for your life and that of your family’s.

Technologies aside, though, each of these three things mentioned above plays a pivotal role in low light considerations. Namely, if you have none of them, you have a lot more hurdles to jump over before prevailing in the midst of armed conflict is going to steer your way.

There are three significant locations a concealed carrier will run into the potential for bad guys and low light conditions: home, a parking lot, outdoors (camping/hiking/etc.).

All three have one thing in common: it’s difficult to clearly see objects because there isn’t a lot of light. There’s a lot of opportunities for bad guys to take initiative and ambush or simply rush. The good news is that all three offer unique opportunities. Let’s work through some of those.

There are two major strategies when it comes to corners: gun it or ‘slice the pie’. ‘Slice the pie’ refers to the technique where a person while aiming his pistol ahead, moves incrementally around a corner. This small gradation gives the pistol user an opportunity to spot an opponent crouched in a corner before that opponent has a clear line of fire on him. 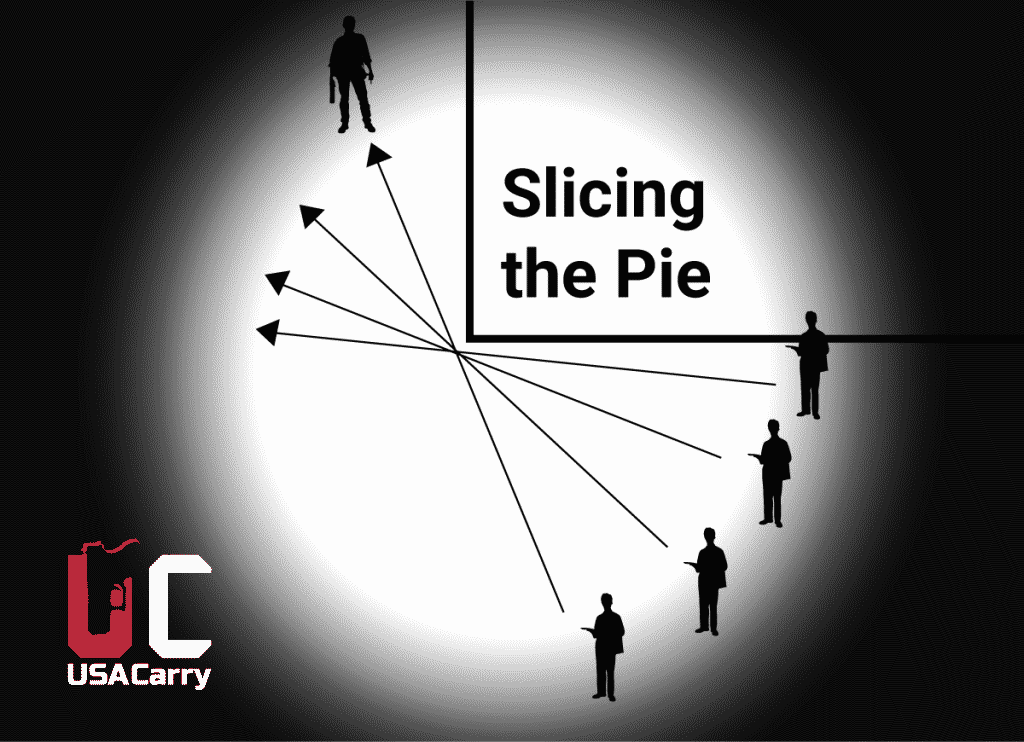 Unfortunately, that’s a real tough one. If the fighting conditions are in a home, most homes are lined with drywall and occasionally some 2x4s. That won’t do much to deflect an incoming pistol bullet. If you’re the bad guy, you don’t need a clean line of fire. You just need a probability that the person you’re shooting at is in a specific area. As a good guy, a homeowner, and potentially a family man (or woman), you are much more concerned about where rounds are going.

This is where patience pays off.

Anytime you can use patience to draw your opponent out of hiding — or give him the opportunity to flee without further conflict — you are drastically increasing your chances of survival.

Some readers may think that’s a preposterous statement. How does waiting for your enemy to move give you an advantage?

In darkened environments, a sound is the main informant. If you don’t move, you make significantly less noise. Around corners, the best thing you can do is be quiet. Use hallways to your advantage — not your enemy’s.

Could a pistol bullet be deflected by a car door or through the upholstery of several seats? Potentially. It’s not something you want to depend upon.  The one section of a car you can trust to deflect or stop bullets is the engine block. In a fight in a dark parking lot, you need to get an engine block between you and whoever is shooting at you.

And, if the beginning of the article hadn’t convinced you yet, getting some night sights, a flashlight attachment, or a red dot isn’t the worst idea in the world. Give yourself the advantage.